Can cows be used to fight coronavirus?

Bovine plasma donors genetically engineered to produce human antibodies are in the front lines of the struggle against coronavirus.

SAB Biotherapeutics, a Sioux Falls, S.D., biotechnology company that has been successfully testing use of antibodies from cows to fight diseases such as another coronavirus, Middle East respiratory syndrome, now is engaged in developing a treatment for COVID-19, the disease caused by the novel coronavirus.

The company’s effort comes as the Food and Drug Administration says it’s working “as quickly as possible” to bring products to market, while also cautioning that clinical trials are necessary in order to ensure treatments are safe.

“Facilitating the ultimate widespread use and availability of safe and effective medical countermeasures is critical,” FDA says, one reason being that “reducing the severity and duration of respiratory or other symptoms through medical treatments could help lessen the burden on medical personnel, equipment, and facilities.”

SAB’s research also comes as biotech and pharmaceutical companies rush to develop vaccines or therapies for COVID-19, which as of early Wednesday had infected more than 400,000 people worldwide and killed more than 18,000. In the U.S., the number of infected persons grows by the hour and is at just over 50,000, with more than 600 dead.

The companies are also seeking grants from the government for their research. They got an infusion earlier this month when Congress passed, and the president signed, a coronavirus aid bill that includes $3.1 billion to develop and buy vaccines and therapies, and purchase medical equipment and diagnostics.

SAB injects cows with a noninfectious part of the virus, causing them to produce fully human antibodies “that will actually neutralize and bind to the live virus,” SAB Biotherapeutics president, CEO and co-founder Eddie J. Sullivan says. 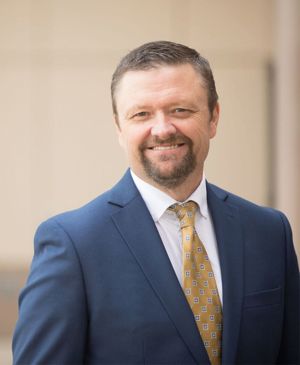 Since the cows are born with human antibodies, “they recognize them as just being a part of themselves,” Sullivan says. Then the cows’ plasma, with antibodies, is harvested three times per month, purified, and, Sullivan hopes soon, sent off for clinical trials.

“We’re moving as quickly as we can to have antibodies available for evaluation,” Sullivan says. Pressed, he says, “I would say that we would certainly expect to have something ready for evaluation by early summer.”

“Monoclonal antibodies are one of the largest immunotherapy sectors,” Sullivan says. “But they bind to a single place on the virus.” If the virus mutates, the antibody is no longer effective.

“Polyclonal antibodies bind to multiple epitopes on that virus and so it’s much more difficult for the virus to mutate and become resistant,” Sullivan says. “That’s why we believe that the human polyclonal antibodies that we are presenting are actually the best approach for being able to respond to these kinds of infectious diseases.” An epitope is the part of an antigen molecule to which an antibody attaches itself.

“Viruses mutate,” he says, “Drugs become resistant all the time. There are strains of influenza that are completely resistant to Tamiflu.”

He adds that SAB is looking at whether the antibodies may have use as a “passive vaccine,” so called because unlike a vaccine, they do not actually induce the body to produce its own antibodies.

“This is where we think the value of what we’re bringing could be used both prophylactically,” to prevent disease in front-line workers such as nurses and doctors, “as well as therapeutically to treat those that have become infected with the disease,” he says.

One therapy that has had some success is the use of “convalescent plasma,” which is taken from patients who have recovered from the disease and given to those who have it.

“This is why we believe so much in our approach because of seeing how convalescent plasma can get us there — the issue is the sourcing of convalescent plasma is extremely difficult," Sullivan says. "You have to find patients that have recovered from the disease and you have to ensure that they’re no longer infectious.”

Dave Pearce, head of innovation and research at Sioux Falls’ Sanford Research, which has partnered with SAB, says the company’s therapeutic “could potentially be a game-changer” in the treatment of COVID-19. He said using human polyclonal — as opposed to monoclonal — antibodies provides “more ways to attack the virus.”

Despite the unfortunate nature of the situation, the current crisis is putting the work of biotech companies in the spotlight.

“Unfortunately, when something bad happens, you see the eyes of the world look to U.S.-based biotechnology,” BIO spokesman Rich Masters says. “They look to us for answers. Because of that, it’s a chance for Americans to actually see the amazing things that are going on in our labs.”

The Biotechnology Innovation Organization is holding a two-day “virtual summit” Tuesday and Wednesday bringing together about 45 companies working on vaccines, treatments and diagnostics for coronavirus, so they can get answers from federal officials from the Centers for Disease Control, National Institutes of Health, Biomedical Advanced Research and Development Authority in the Department of Health and Human Services, Defense Department and Food and Drug Administration.

“We felt that one of the things BIO could do is be a facilitator,” Masters says. “They will be able to ask questions, and the government will be able to respond.” Breakout sessions will be held on each of the three areas where companies are focusing their research.

Masters says SAB’s story “shows the value of biotechnology — scientists working in the lab. They may be working on many different challenges from the science world — all of a sudden we’re in the midst of a pandemic, and they kind of shift.”

That’s what Sullivan says happened to him. “On New Year’s Day, I thought the next several months of my life were already planned,” he says. “On January 2, my chief medical office said there is something going on over in China that I have a big concern about.”

Shortly after, “We started monitoring the situation. We started lighting up our network — of other companies, researchers, and government agencies.”

“We’re hopeful that we may have something to offer that would give benefit to people who are suffering,” Sullivan says.