Californians in rural areas may have lower exposure to the coronavirus because of the “relative ease” of social distancing, according to researchers at the Public Policy Institute of California in a blog post yesterday.

They also point out that these areas tend to have more smokers, who are at higher risk of the respiratory complications from the virus. Rural Californians also have to travel further to access healthcare services.

“This is especially concerning for the large numbers of elderly Californians who are low income, geographically isolated, or living alone in the state’s rural areas,” they write.

On that note: Food banks in the Central Valley are facing more food shortages than their counterparts in metropolitan areas, argues Finn Dobkin in an op-ed for CalMatters yesterday. Dobkin, a policy aid and a research assistant at UC San Francisco, writes that food banks in the Bay Area receive 10 times more in monetary support than those located in the most fertile ag region.

“With California’s attention focused on the wealthier, coastal areas,” he writes, “it is unclear as to whether or not the have-nots of the state will get the money they need.” 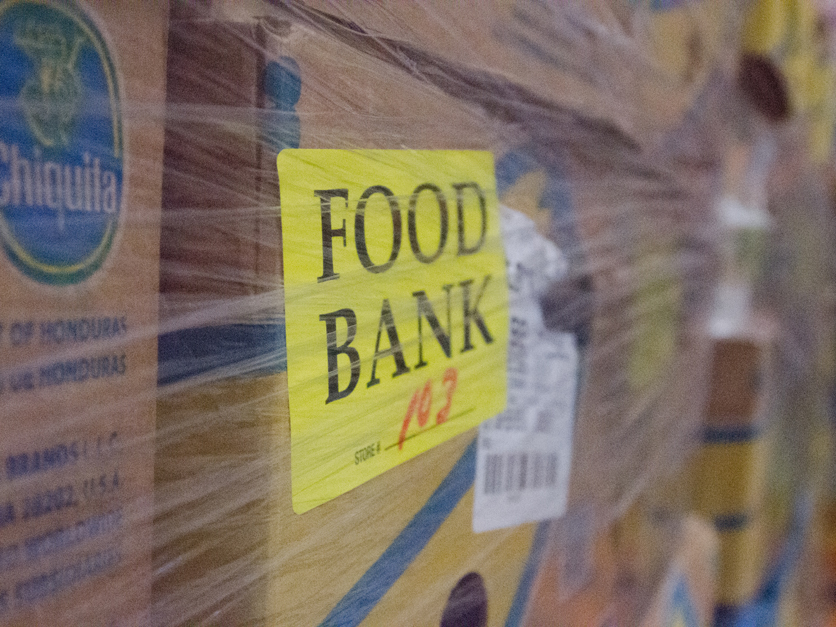 The Central Coast Water Board has pushed back by two weeks its deadline for comments on its draft Agricultural Order 4.0. The board staff recognize the window might need to be pushed back even further.

It also cancelled three outreach meetings for this week and will reschedule those to be online. The board is also reconsidering the four days it had set aside in May to discuss the public comments.

The board had initially set a tight deadline to renew the regulation by January 2021, when the existing order is set to expire.

Read more on how the state government is adapting under the outbreak in our Agri-Pulse West Newsletter on its way to you this morning.

A new measure proposes $50 million in grant funding for workforce development, in partnership with community colleges. State Sen. Melissa Hurtado of Sanger repurposed one of her bills this week to now carry the new measure.

The bill would also require the California Workforce Development Board to address the displacement of workers, particularly farmworkers in the southern Central Valley and at-risk youth.

State is readjusting budget expectations for this year and next

The Department of Finance issued a memo to agencies yesterday advising them to reduce their expectations for the next budget revision.

The department said the outbreak could lead to immediate economic impacts on the 2019-2020 budget. It “will certainly produce impacts” for the upcoming fiscal year, according to Thomas Todd, a department budget manager.

He added that many adjustments will be made and will be reflect in the May revision of the budget proposal.

A leading architect of the ag programs in the $2 trillion economic stimulus package says he expects USDA could use the funding it gets through the bill to provide several forms of relief to producers beyond a new Market Facilitation Program.

Sen. John Hoeven, who chairs the Senate Ag Appropriations Subcommittee, told Agri-Pulse as the negotiations were still going on Tuesday that he expects USDA to craft aid program for cattle producers and move to MFP later, so as to avoid distorting planting decisions. There also will be help for the produce industry that could be stuck with billions of dollars in inventory that was intended for restaurants and foodservice.

“All the different ag sectors are eligible” for aid, he said.

Keep in mind: USDA estimated that it will need $50 billion in funding authority to cover all the damage from the COVID-19 pandemic as well as the impact of sluggish exports, he says.

Our latest Agri-Pulse poll of the nation’s farmers and ranchers shows President Donald Trump appears to have solidified his support in farm country despite continued struggles on the trade front.

We’ll have full details on the poll in this week’s newsletter, but it also shows that while Ag Secretary Sonny Perdue also has strong support from farmers, the level of enthusiasm is significantly higher for Trump. The poll also indicates that former Vice President Joe Biden is the clear favorite among farmers who are Democrats.

Keep in mind: The interviews were conducted from Feb. 19 through March 13, so the poll doesn’t fully reflect the impact of the coronavirus shutdowns. However, Trump’s overall approval rating with voters has risen to 49%, up from 44% earlier this month, according to the latest Gallup poll.

There was a collective sigh of relief from agriculture and food industry groups when the Department of Homeland Security deemed agriculture to be a critical industry, allowing businesses to keep operating despite the spread of COVID-19. But a few barriers are still surfacing as localities impose stay-at-home orders.

“Unfortunately, the federal government does not have the right to override state and local governments,” said Clay Detlefsen of the National Milk Producers Federation, who’s the private sector chair of the Food and Agricultural Sector Coordinating Council. That group is working to identify and solve COVID-19 related challenges in the food supply chain.

Austin, Texas, issued a state-at-home order Tuesday that specifically cites the DHS guidance, but Denver posted its own list of essential businesses. (They include licensed marijuana and liquor stores.)

The industry also has been working with the FDA on how to handle food industry employees who test positive for COVID-19. The agency posted guidance and a  Q & A that clarifies it’s not a food-borne illness, so there is no need to recall or put product on hold. “Basically, they recommend focusing on the employee and do a cleanup of the area of the plant where that worker may have been,” Defletsen tells Agri-Pulse.

The Federal Motor Carrier Safety Administration has been cooperative in making changes but more are needed, Defletsen said. Some truckers that drive across state lines are running into problems with their requirements for periodic medical exams. “That’s a bit hard because the medical community doesn’t want you in their office for routine exams.”

Bottom line: “We have problems popping up all over the place, but people are really working hard together – in government and in the private sector – to solve them,” Defletsen said.

People just aren’t going to restaurants now as “social distancing” has become the norm. And farmers are trying to adjust to the new reality where demand has shifted substantially toward retail.

The United Fresh Produce Association is working with members to try to help them shift to supplying grocery stores, many of which can’t stay stocked as the public clears out shelves amid coronavirus concerns.

It’s not easy and it’s only been partially successful, says Robert Guenther, a senior vice president at United Fresh. The challenges are everywhere. For example, about 80% of the tomatoes produced in Florida are sold to the foodservice sector. And many suppliers are being stuck with items like large bags of lettuce that can’t be sold at retail.

“Those people who are primarily retail-driven suppliers … are working very hard to keep up with demand,” Guenther said. “On the part of the industry that’s focused on foodservice, that business has dried up overnight.”

As we’ve reported, the plunge in milk prices has rekindled interest in the Dairy Margin Coverage program, which many producers failed to sign up for, presumably because it didn’t look like they would get payments this year.

The National Milk Producers Federation is urging USDA to reopen enrollment, and Ag Secretary Sonny Perdue has the authority to do that according to National Milk’s president and CEO, Jim Mulhern. But he tells Agri-Pulse that it’s not clear whether Perdue can allow new enrollments to be retroactive.

USDA now forecasts DMC payments could trigger at the $9.50 coverage level through October.

“It’s unfortunate that a lot of producers didn’t get in, but there is interest both on Capitol Hill and in USDA on ways to reopen the program,” Mulhern said.

“I still think that taste, convenience and healthfulness - those three things - still rule the day. Those continue to be powerful forces that are more powerful in the produce aisle than potential recessionary impacts.” - Roland Fumasi, senior fresh produce analyst with Rabo AgriFinance, talking about strong demand for fresh produce during the COVID-19 crisis.