Daybreak: Bill would add new layers to reporting pesticide use near schools

Bill would add new layers to reporting pesticide use near schools

State Sen. Hannah-Beth Jackson added more details this week to a bill that would create additional reporting requirements for county agricultural commissioners. It would require notifications to school principals three days ahead of a nearby application. Commissioners would also have to deliver annual reports to the school on the applications.

Riverside County Agricultural Commissioner Ruben Arroyo said the added step would basically require a farmer to notify the commissioner four days ahead of time. Notifications, meanwhile, are already available to schools through a website portal, though a low percentage of schools currently access the information, according to Arroyo.

He also pointed out that the state began prohibiting nearby applications during school hours in 2018. This means Jackson’s proposal would have commissioners notifying the school of applications that take place when the school is closed.

The State Department agreed to waiving interviews for many applicants as a way to increase approvals of H-2A farmworkers. The move was welcomed by ag groups who feared the embassy cutbacks amid the COVID-19 pandemic would leave farms without needed labor.

Western Growers CEO Dave Puglia said the action will "ease the flow of guest workers at a time when our farmers are redoubling their efforts to provide our nation with safe, healthy, abundant and affordable food.”

Read our story here and a State Department Q&A here. 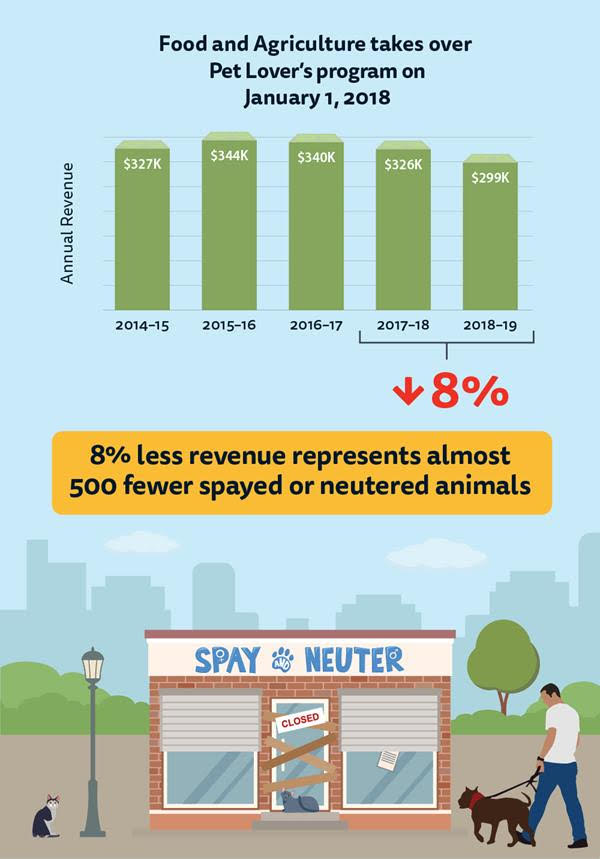 The program subsidizes animal sterilizations through grant funding. CDFA took responsibility for it in 2018. Yet CDFA used “a significantly flawed” selection process for awarding $300,000 in grants, which disadvantaged certain applicants, according to the audit.

Expenditures had begun exceeding revenues during that time, “raising concerns about whether the program can continue to effectively fund…the services,” read the report. It also criticized CDFA for doing little to promote the program. 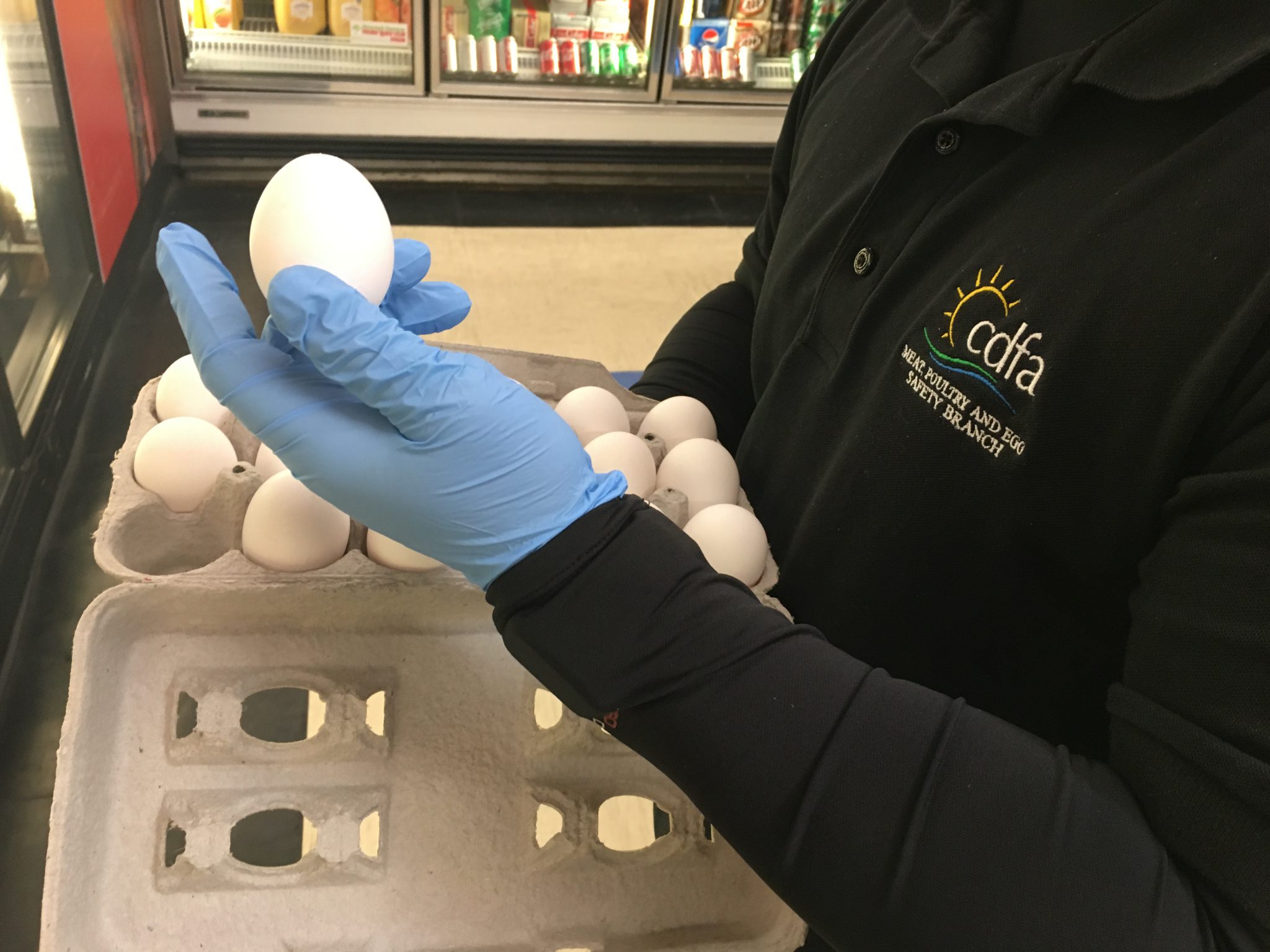 CDFA is maintaining inspections for eggs, meat and poultry under USDA oversight. Routine inspections performed for FDA have been temporarily suspended to protect the safety of CDFA staff.

The Trump administration is paving the way toward potentially restarting the economy in some areas of the country.

Using a “robust surveillance testing” program, the administration plans to categorize the coronavirus concerns in counties as either high-risk, medium-risk or low risk.

In a letter to the nation’s governors, President Donald Trump says the data will enable state and local policymakers to decide whether they need to maintain, increase or relax social distancing and other mitigation measures.

Why it matters: This could allow rural areas to resume economic activity more quickly, assuming the testing data is there to justify it.

That $2 trillion Phase 3 economic stimulus will soon be headed to President Trump. Speaker Nancy Pelosi predicts it will pass the House today by a large, bipartisan margin.

Pelosi said Thursday she wants to pass the measure by voice vote. But if a recorded vote is requested, it may take a while to finish: House members will be voting in groups of 30 lawmakers, 15 groups in all.

Pelosi wants negotiations on Phase 4 to start soon, and this time the talks should, from the outset, involve each of the Republican and Democratic leaders of the House and Senate, she says.

Take note: One of Pelosi’s top priorities for Phase 4 is a 15% increase in SNAP benefits. Democrats were unable to get that in Phase 3.

The Trump administration continues to take steps to provide some temporary regulatory relief during the COVID-19 crisis.

EPA plans to exercise "enforcement discretion" during the coronavirus pandemic, including in the way it treats concentrated animal feeding operations.

In new guidance, the agency says that if an animal feeding operation "is unable to transfer animals off-site and, solely as a result of the pandemic, meets the regulatory definition" of a CAFO, EPA will not consider it as one. Nor will EPA elevate a small CAFO to the category of a medium-sized operation or large operation under similar circumstances.

FDA is relaxing nutrition labeling requirements so restaurants, and manufacturers with food labeled for restaurant use, can sell packaged products directly to their customers and other businesses.

The guidance issued late Thursday says that so long as allergen and ingredient information — among other things — is on the label, it can be sold at retail.

Earlier this week, the Food Safety and Inspection Service relaxed labeling requirements allowing meat, poultry and egg products originally intended for hotels and restaurants to be diverted to retail outlets.

“Restaurants are working overtime to get any food they might have to food banks and charities, in addition to retail, and this would help with the flexibility to do so,” said Vanessa Sink, spokesperson for the National Restaurant Association.

Landowners apparently aren’t as interested in taking land out of production this year as many thought. USDA has accepted 3.4 million acres into the Conservation Reserve Program, 89% of the acreage that was offered for enrollment during the first general signup in four years.

The cutoff point for enrollment was an environmental benefit index score of 210. That EBI “is lower than we would like to see,” said Ferd Hoefner of the National Sustainable Agriculture Coalition.

Some of the heaviest interest in CRP was in eastern Colorado, western Kansas and the Texas panhandle.

“H-2 labor is vital to the economy and food security of America – our farmers and producers depend on these workers to continue to feed and clothe the world.” - Agriculture Secretary Sonny Perdue, talking about the State Department’s H-2 visa applicants.

CalEPA reminds ag it is still enforcing pesticide restrictions near schools
Daybreak: 'Welcome to the future': Pesticide use down by 66% since 1998