We’re taking a summer break! Enjoy the 4th of July. Daybreak West will return on July 13.

Gains in wine sales at grocery stores during the pandemic will not make up for extraordinary losses at restaurants, hotels, stadiums and tasting rooms.

A new report by an industry analyst is projecting a loss of $437 million to California winegrape growers following the harvest this fall. Wine sales are expected to decline by more than nine million cases over the course of the year.

The loss adds to an existing reduction in sales of nearly $400 million due to oversupply following a large crop in 2018.

“California growers are accustomed to cyclical markets, but the COVID-19 pandemic threatens to turn a down year into a financial catastrophe for many of them,” said John Aguirre, president of the California Association of Winegrape Growers. 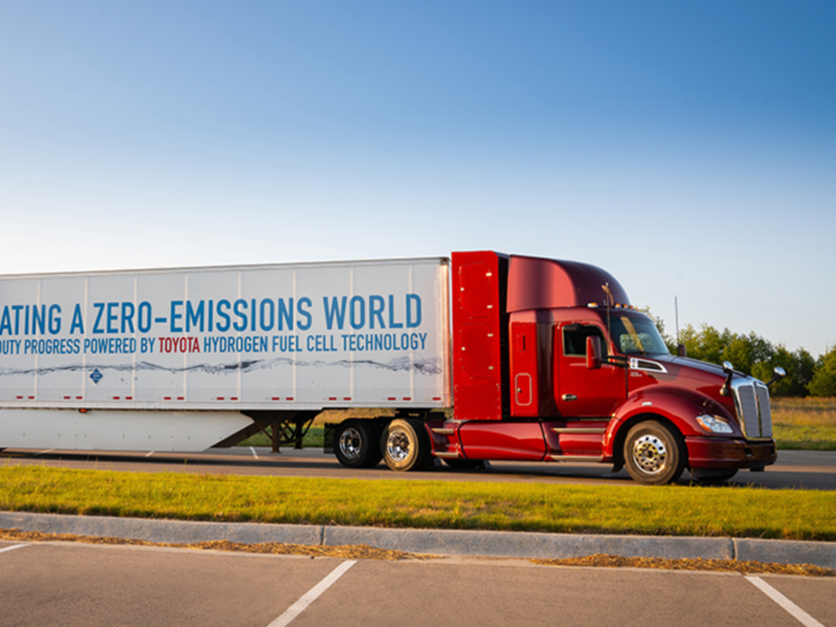 After several hours of testimony, the Air Resources Board (CARB) approved its Advanced Clean Trucks regulation, setting a mandate on the amount of zero-emission big rigs on the road.

To meet the state’s carbon neutrality goal for 2045, the rule requires 3% of truck sales to include zero-emission models starting in 2024 and phasing up to 60% for some truck classes by 2045, which will lead to an estimated 300,000 sold in the state by 2035. CARB staff anticipate zero-emission vehicles will make up 76% of the total statewide fleet inventory by 2045.

State and national trucking associations called the mandates “extremely ambitious” and that this pace is not seen even in the consumer car market, where the technology is already commercialized and performance expectations are lower.

Keep in mind: The state must apply for special permission from U.S. EPA to enforce the rule. Given the contentious relationship, CARB will likely not be submitting its application until after the presidential election. 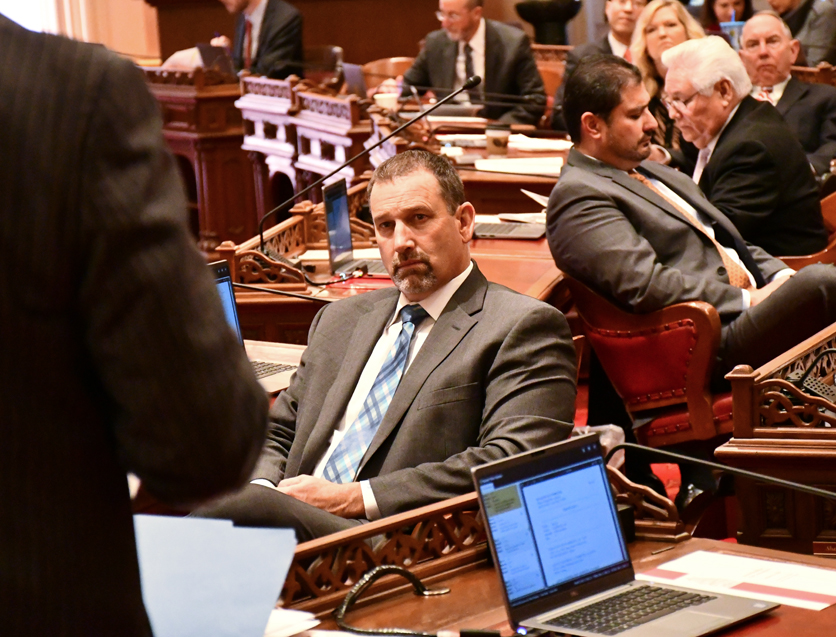 “I rise in support of this as a farmer, number one, who would not have the farm if it wasn't for Prop. 13,” said Republican Sen. Brian Dahle of Lassen County, citing the 1978 tax measure the proposal would update. “It's very near and dear to my heart that we protect those abilities to be able to pass that land on.”

Dahle stood at odds with Republican Sen. Jim Nielsen, who strongly opposed the measure. Both come from agricultural backgrounds.

On that note: A coalition of realtors pulled a similar ballot proposal hours before a critical deadline. In a joint statement, legislative leaders said, “Simply put, ACA 11 is an improved piece of public policy.” 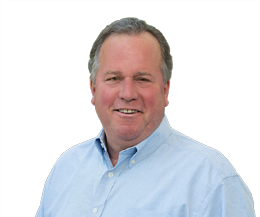 Water will still flow when the power is off

The Senate also passed a measure to allow water agencies to run backup generators as long as needed during power shutoffs for wildfire threats.

Under current law, air pollution control districts could fine utilities when they exceed a set amount of hours for running a generator. The bill’s author, Sen. Bill Dodd of Napa, acknowledged that has not actually happened yet.

Concerns arose over the amount of pollution diesel generators emit, which can occur in regions already plagued with poor air quality.

“Let's not make a mistake about who the real villain is here,” countered Sen. Ben Allen of Santa Monica, referring to PG&E. “The problem is, you've got a utility that has not done the work to minimize PSPS events.”

A number of water districts and rural interests support the bill. 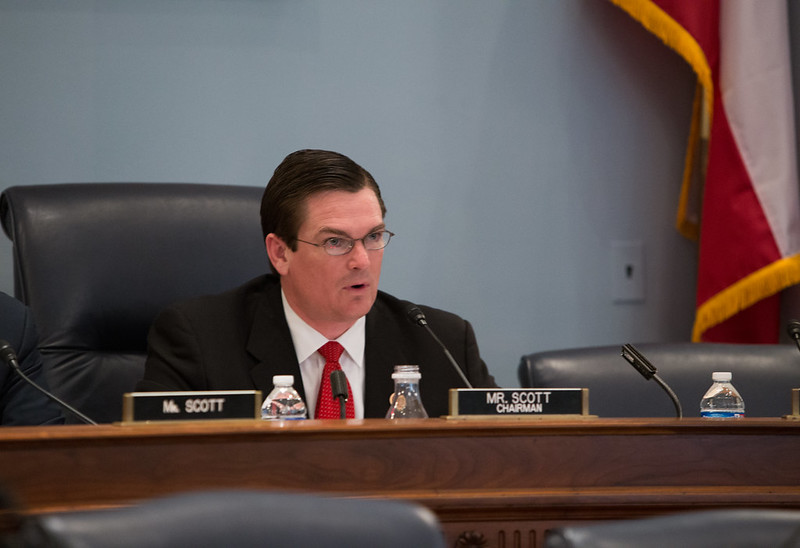 The tough farm economy, and the dim prospects for its improvement any time soon, has some lawmakers saying that it’s time to re-think U.S. farm policy.

Georgia Rep. Austin Scott, who’s competing to be the top Republican on the House Agriculture Committee, tells Agri-Pulse that Congress needs to write a new farm bill next year.

The 2018 farm bill doesn’t expire until 2023, but Scott says it has proven inadequate with the prolonged slump in commodity prices.

Asked what Congress should do, Scott said one “interesting” idea is to return to an "old set-aside-type program where you took more of the acreage out of production, where you actually reduce the supply, and then hopefully you get to a price level that is profitable.”

He says that could be done through expanding the existing Conservation Reserve Program, which was created in the 1980s in part to reduce production.

Keep in mind: What Scott is talking about is supply management, which was a key feature of the Depression-era farm programs that Congress ended in the 1996 “Freedom to Farm” bill. He wasn’t clear whether he would want to pursue a new farm bill if Joe Biden wins the White House and Democrats retain control of the Senate.

But if Democrats do take over Congress and the White House, climate legislation is going to be a high priority, and farm bill programs may figure into that. Biden has called for dramatically expanding the Conservation Stewardship Program, which rewards farmers for improved practices on working lands.

By the way: Scott also said he’s concerned about the remark that White House trade adviser Peter Navarro made earlier this week that the “phase one” trade deal with China “is over.” Navarro now says the comment was taken out of context – it wasn’t – and President Donald Trump later tweeted that the China deal is “intact.” Scott said, “I'm not sure that we know everything on that yet.”

Watch our Washington Week in Review for a portion of the interview with Scott.

The United Food and Commercial Workers is calling on food companies to reinstate hazard pay for frontline workers of $15 an hour as the number of deaths in meatpacking and other food plants continues to rise.

And as many states see spikes in coronavirus cases, UFCW also wants to see a public mask mandate in all 50 states and the establishment of a national registry to track COVID-19 infections among frontline workers.

The union, which represents 1.3 million workers nationwide, says 238 of its members who are frontline workers have died in the last 100 days, and 29,000 have been exposed to or infected by the virus. At least 82 of the people worked at grocery stores; 65 at meatpacking plants, and 28 at food processing facilities.

“We’d like to welcome the author to the future he envisions, because it’s already here. … Thanks to California farmers' adherence to science, they have reduced pesticide use by 66% since 1998.” — Mike Wade (top photo), executive director of the California Farm Water Coalition, responding to an op-ed in CalMatters that urged the state’s farmers to be operate more sustainably

Daybreak: Bill would add new layers to reporting pesticide use near schools
In a plan to slash pesticide use, Newsom administration names advisory group
Amid DPR, EPA reviews, Walmart calls on produce suppliers to reduce pesticide use