Drivers may be in short supply this spring without regulatory relief from the states and federal government, industry groups and some farmers are saying.

With state departments of motor vehicles shutting down across the country in response to COVID-19, ag retailers are worried about being able to hire new drivers, says Richard Gupton, Agricultural Retailers Association senior vice president for public policy and counsel.

“With these closures, they’re not able to get the proper permit,” a restricted ag Commercial Driver’s License to haul fertilizer and pesticides, Gupton said.

The Federal Motor Carrier Safety Administration has provided some relief, expanding its March 19 Hours of Service waiver to include feed and fertilizer, and allowing drivers seeking to renew CDL licenses to continue operating this year. FMCSA also has waived medical testing requirements that have been more difficult to meet during the COVID-19 crisis.

The National Grain and Feed Association was pleased with the expansion of HOS relief, but has “asked FMCSA to confirm that grain, oilseeds, pulse crops and feed ingredients are considered a precursor to essential items for the COVID-19 relief effort,” NGFA spokesperson Sarah Gonzalez said. “Unfortunately, FMCSA singled out pet food as ineligible for hours-of-service relief.”

But Gupton said that when it comes to transportation, “the issue is new hires,” the thousands of seasonal drivers farmers and retail drivers need to get seed, feed and fertilizer to the farm.

ARA is looking for FMCSA to give the states flexibility to temporarily suspend training and testing requirements, including hazardous materials endorsements, until the license offices reopen or the federal Department of Transportation “can implement an acceptable on-line system that meets all necessary federal and state requirements,” ARA CEO Darren Coppock said in the group's March 19 letter to President Donald Trump.

Relief came from Kentucky over the weekend, in an action that could serve as a model for other states. The state is allowing farm retail outlets and suppliers, agrochemical businesses, custom harvesters, and livestock feeders to operate vehicles that would normally require a Class B or C commercial driver’s license without first obtaining a limited CDL to haul farm supplies. They would not be required to have a current medical certificate or vision test.

In addition, any hauling would have to take place within 150 miles of the facility where the goods were picked up. In general, drivers cannot transport hazardous materials, except if they are hauling 1,000 gallons or less of diesel fuel, 2,000 gallons or less of anhydrous ammonia, and any amount of solid fertilizer.

Lack of available truckers adds to supply chain challenges
Waiver extended from Hours of Service rule for drivers of livestock, feed
Some pesticide handlers concerned about lack of respirators

Gupton said ARA is sharing Kentucky’s action with other states. “We believe FMCSA and states can adopt this by either an emergency waiver or state Executive Order and legislation should not be required,” Gupton said. “If a state deems emergency legislation is required, they can follow the lead of Kentucky.”

Ben Riensche, whose Blue Diamond Farming Company grows corn and soybeans in Jesup, Iowa, says "regulations may have to waived" in order to ensure an adequate supply of drivers.

But beyond regulatory requirements, the availability of drivers and other employees is almost certain to be affected by the continued spread of the coronavirus that causes COVID-19. 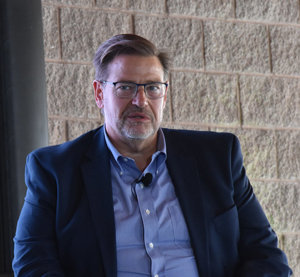 “Every day the pandemic develops, there are more instances of workers not being on the job,” Riensche says.

He offers as an example a worker told by their spouse not to come home if they’ve been “out in the world,” as he put it. The impacts of the virus could be “devastating” if you have a family workforce and someone gets COVID-19, he says.

Riensche said some of his older workers have expressed concern about being in close quarters with other people.

The outbreak also may cause changes in planting decisions, Riensche said. Corn needs more inputs than soybeans, so “if labor becomes an issue, it’s going to be easier to shift corn into soybeans.” The current oil war between Saudi Arabia and Russia and the plummeting demand for ethanol also has reduced demand for corn, he says. (Despite that, USDA's latest planting intentions report showed an increase of more than 7 million acres for corn, surprising analysts.)

“I just don’t see it as being as impactful as places like New York City,” Riensche says. “Fresh air and wide spaces are going to play in our favor.”

For more news, go to www.Agri-Pulse,com.