Some pesticide handlers concerned about lack of respirators

The lack of respirators, needed to apply certain pesticides, is cause for concern in farm country, but how much of a concern depends on whom you ask and where they’re located.

“Yes, there are definitely shortages, but it’s very difficult to talk about the magnitude,” says Kaci Buhl, an associate professor in the Department of Environmental and Molecular Toxicology at Oregon State who heads the state’s Pesticide Safety Education Program. “There are lots of regional variations.”

Buhl co-authored a publication from the American Association of Pesticide Safety Educators in April that warned of a coming shortage of respirators, particularly N95 masks, and advised growers and users to contact their university extension services “about alternative practices or products that don’t require as much personal protective equipment." In June, EPA issued temporary guidance that made a similar recommendation.

The concern over a lack of respirators is unlikely to go away, with coronavirus cases increasing in many states after they started reopening for business last month, putting a severe strain on some hospitals.

“It’s across the board,” says Richard Gupton, ‎senior vice president for public policy & counsel at the Agricultural Retailers Association. “All around the country we’re hearing the same supply issues.”

3M, a major PPE manufacturer, is making N95 respirators “at a rate of nearly 50 million per month in the U.S., with the majority going to health care and public health workers,” and the rest going to other industries, including ag, says spokesperson Tim Post.

However, “the reality is, demand for N95 and other respirators continues to far exceed supply” for the entire PPE manufacturing industry, Post says.

The shortages were anticipated in part in the wake of the mad scramble to obtain PPE early in the pandemic, which led to price-gouging and competition between states and the federal government for the same supplies.

Buhl says some shipments from China contained N95 masks that did not meet National Institute of Occupational Safety and Health requirements, leaving pallets of masks with nowhere to go.

In some areas, the situation seems to be under control. “Normal PPE required for agrichemical application is not a concern that’s come to light,” says Jean Payne, president of the Illinois Fertilizer & Chemical Association.

Payne says IFCA “worked with FEMA this spring to get thousands of face coverings to ag retailers at no charge, and they have them on hand now,” adding that “most people are alone in the fields and trucks anyway.”

And Leo Reed, pesticide licensing manager at the Office of the Indiana State Chemist, says his state has not experienced any problems thus far.

“However, for a row crop state, we don’t have much need for the products that require respirators,” he says.

Buhl estimates about 10% of the 70,000 registered pesticide products are restricted-use, which typically require N95s, mentioning chlorpyrifos, atrazine and paraquat as active ingredients in that category.

Steve Lyle, spokesman for the California Department of Food and Agriculture, says the state “is in the process of shipping more than 1 million N-95 respirators to ag commissioners.”

“Securing PPE has been a challenge, but the supply chain is opening up, and last week Gov. [Gavin] Newsom announced in-state manufacturing so masks may be safely made in California,” Lyle said.

Cory Lunde, spokesman for the Western Growers Association, told Agri-Pulse “the problem of obtaining PPE does not appear to be as acute now as earlier in the pandemic.” But to address the continued challenge of getting equipment, Western Growers, the Ag Council of California and California Farm Bureau “have partnered with the California Manufacturers & Technology Association to develop a web portal that connects employers to California manufacturers of PPE.”

Allison Crittenden, a director of congressional relations at the American Farm Bureau Federation, says that “early on it was definitely a concern,” but that AFBF has not heard much recently from members about the issue. “At least from what we’re hearing, no news is good news,” she says.

But again, it depends on where you are. Jon DeVaney, who heads up the Washington State Tree Fruit Association, says “some suppliers are indicating their inventories of filters, masks, and related PPE that may be used for both pesticide application and COVID protection are limited.”

Chris McGann, spokesperson for the Washington State Department of Agriculture, says “20 or so growers” in central Washington who were contacted by the department said they are seeing some shortages of N95 masks, Tyvek suits and cartridges for some respirators. The growers are able to obtain the equipment, he says, but it’s difficult.

In addition, a distributor the department spoke with said he anticipates problems this fall in making big orders for spring. 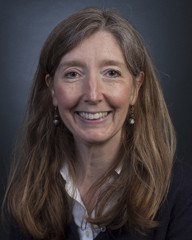 Julie Sorensen is director of the Northeast Center for Occupational Health and Safety in New York, one of 11 NIOSH-funded centers nationwide that provides agricultural education, research and prevention services. She says the center can purchase supplies in bulk and provide them to growers at cost, but suppliers recently have put them on a waitlist.

“We believe there are growers that are going without,” she says.

In an informal survey of more than 500 members earlier this month, the New York Farm Bureau found that 75% said they had “no issues finding PPE,” Farm Bureau spokesman Steve Ammerman said. However, 15% “said the lack of masks was still an issue and 12% were still finding it hard to find hand sanitizer.” Ammerman said the members were referring to facial coverings, not respirators.

Many of the people who talked about the respirator issue said they just didn’t have much information on the situation. “Folks have been very quiet,” Buhl says. “I’m not hearing from many employers.”

“I don’t even get many questions about it,” she says. “Folks almost don’t want to talk about it.”

The data shortage around the PPE issue could be due to growers not wanting to draw attention to their difficulties in obtaining supplies, Sorensen said, but it almost certainly also is caused by researchers not being able to go into the field to assess the situation, according to Buhl.

EPA has issued guidance to help growers find alternative ways to deal with the shortage of masks. One solution: Use a different mask, so long as it’s approved by NIOSH, and even the reuse of masks. But the agency says growers should exhaust other alternatives, such as the use of pesticides that don’t require respiratory protection, before turning to those solutions.

Another issue is determining whether the masks fit properly, a requirement that in normal times would be met by conducting fit testing.

However, “fit testing service closures, along with supply chain issues, have affected the availability of fit testing and the supply of chemicals required for respirator fit testing,” EPA said in temporary guidance issued June 1. “These challenges have the potential to disrupt agricultural production related to the viability of our nation’s food supply.”

The supply shortage is “a story that needs to be told,” Sorensen said.

This article has been updated to clarify that surveyed New York Farm Bureau members were referring to facial coverings, not respirators.