China opens its growing market to US pet food

China’s decision in November to lift its ban on U.S. poultry and the subsequent “phase one” trade deal are already boosting U.S. exports for American pet food products. Chinese purchases are expected to grow exponentially, spurring hundreds of millions of dollars in sales.

Now because of successful U.S.-China negotiations, China has lifted its ban on both poultry and ruminant material, and U.S. production facilities are being approved by the Chinese for export. Poultry-based pet food is already being exported, but details still need to be worked out on the ruminant products.

“U.S. exports to China could easily be $300 million per year,” says Peter Tabor, vice president for regulatory affairs for the Pet Food Institute. “That’s a conservative estimate. It would be a roughly 20% increase in total U.S. pet food exports. That, in my view, is a game-changer when you can increase exports by that much with access to one country.”

Exports gradually rose after U.S. pet food manufacturers reformulated their products, but only to just $9 million in 2018.

But the new deals that are throwing China’s market wide open are a major win for U.S. pet food companies and producers of all the ingredients, says Constance Cullman, president and CEO of the American Feed Industry Association. 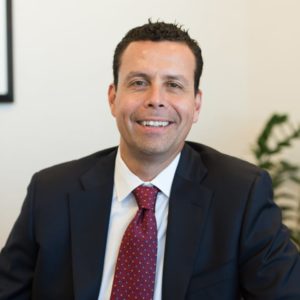 “U.S. pet food manufacturers are pleased that China, in accordance with international trade standards, has resumed imports of safe, U.S.-origin poultry and ruminant products for both human and pet consumption,” Cullman told Agri-Pulse. “For nearly a decade, the U.S. pet food industry has been at a disadvantage in this burgeoning marketplace — which boasts the world’s third largest pet population. Our industry has experienced crushing export losses even while being forced to reformulate its pet food and treat products to include other animal-origin protein ingredients to accommodate China’s unscientific demands.”

Whereas China was not anywhere near the top 10 foreign markets for U.S. pet food, it’s now expected to be the second biggest market — below Canada ($750 million per year) and above Japan ($130 million per year) — a year from now, Tabor told Agri-Pulse.

The first increases in exports are already materializing, benefiting pet food manufacturers as well as producers of poultry and other ingredients that go into the feed.

About 4 million pounds of chicken, or 7% of live weight production, go into pet food annually, according to a spokesman for the National Chicken Council, and that’s expected to jump as Chinese imports grow.

U.S. exports of dog and cat food to China jumped about threefold in January, compared to the same month in 2019, as the Chinese government continues to take down barriers to trade. The first breakthrough came when China lifted its five-year ban on poultry. And then, on Feb. 15, the “phase one” deal went into effect and the country promised to almost immediately publish the names of 24 production facilities that had been waiting for approval to begin shipping.

U.S. government and industry sources confirmed that China did indeed follow through with that commitment and China’s General Administration of Customs went beyond the minimum, listing 37 U.S. production facilities across the country that are now eligible to produce pet food containing poultry, pork or seafood to Chinese buyers. The companies include names such as the Missouri-based Hampshire Pet Products, which manufactures feed for several companies that sell their own brands of poultry-based pet food.

And there will soon be more.

China has just 20 days from getting the list to publish updates of new registered plants, and the General Administration of Customs is already at work, Tabor said.

“We’re approaching the end of March, which means we should be seeing more information posted,” he said. “We’ll be watching to see China’s adherence.”

As for companies producing pet food containing ruminant material, they will have to wait a little longer.

April 15 is the deadline for China to sign a new protocol with the U.S., officially opening the Chinese market to pet food containing beef, and it looks like that’s going to happen on schedule, say U.S. government and industry officials with knowledge of the technical talks that they confirm are already underway.

“At the end of the day, saying the ban is lifted is one thing,” Tabor said. “But then the details of what qualifies and what doesn’t qualify just need to be worked out between the technical folks.”

“Although the industry has lost time, we have not lost heart, and are excited to see how we can provide Chinese consumers with new and diverse food and treat options for their pets,” said Cullman.