Requests for COVID-19 relief are piling up at USDA. The produce industry is the latest to weigh in, with proposals for USDA to provide up to $5 billion in payments to growers and dealers who were hammered by the loss of markets after restaurants, hotels and schools shut down.

The United Fresh Produce Association and Western Growers were joined by a broad array of national and regional industry groups in making the appeal.

That plan came a day after milk producers and dairy processors made a joint appeal for aid from USDA. Their plan includes payments to farmers to cut production and to processors to keep buying milk. 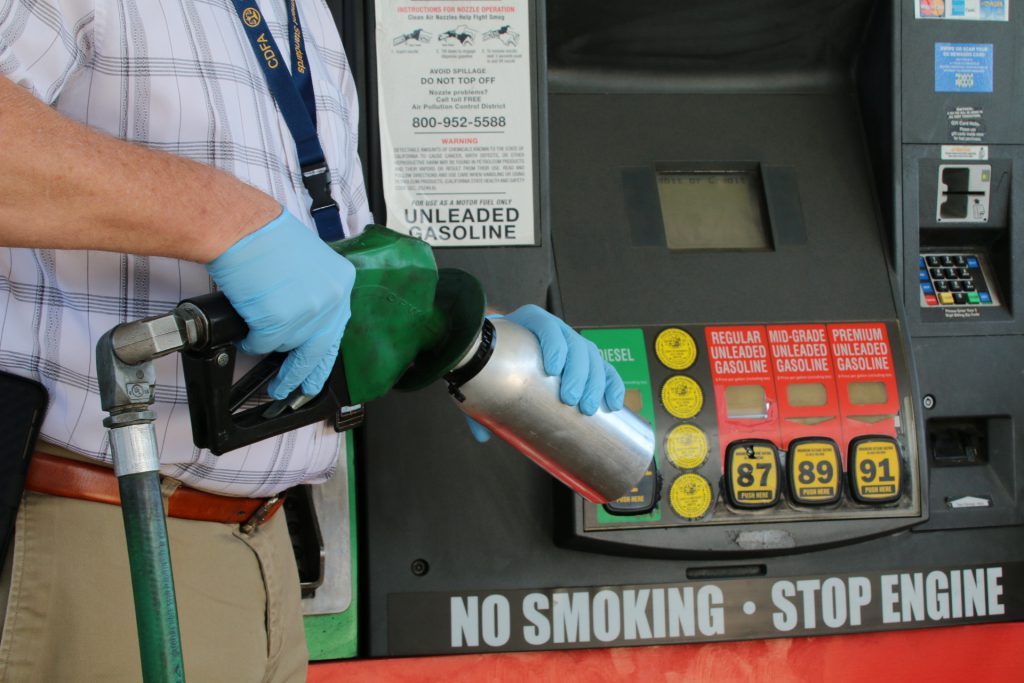 CDFA’s Division of Measurement Standards is continuing inspections during the emergency order.

Yesterday, six House Republicans said California’s new plan for Delta pumping will send both the state and federal water projects “into a downward spiral of conflict, confusion, and litigation.”

In a letter to Gov. Newsom, the congressmen argued the plan would undercut efforts to secure the food supply chain during the COVID-19 crisis. They added that the decision would “effectively kill negotiations on Voluntary Agreements.”

The U.S. Bureau of Reclamation yesterday signed a record of decision to finalize its long-term water transfer program.

“We will be able to streamline the regulatory process for water transfers based on real-time hydrologic conditions,” said Reclamation Regional Director Ernest Conant. “This is essential to providing flexibility in California’s water supply system.”

Reclamation notes this program will “increase water reliability for those suffering shortages during dry times” and from “operations resulting from regulatory requirements.” The transfers will send water north of the Delta to water districts further south. The methods could include groundwater substitution, cropland idling, reservoir releases and conservation.

While Reclamation doubled Class 1 water allocations earlier this week for the Friant Water Authority, Class 2 has remained at 0%.

The water agency anticipates many growers in the south San Joaquin Valley and Eastside who are dependent on Class 2 will “rely heavily” on groundwater and further exacerbate the subsidence that has reduced capacity to the district's main canal and several others.

“This makes our efforts to fix the Friant-Kern Canal’s capacity limitations even more critical and underscores the need for resolving the valley’s long-term water imbalance,” the agency said in a statement. 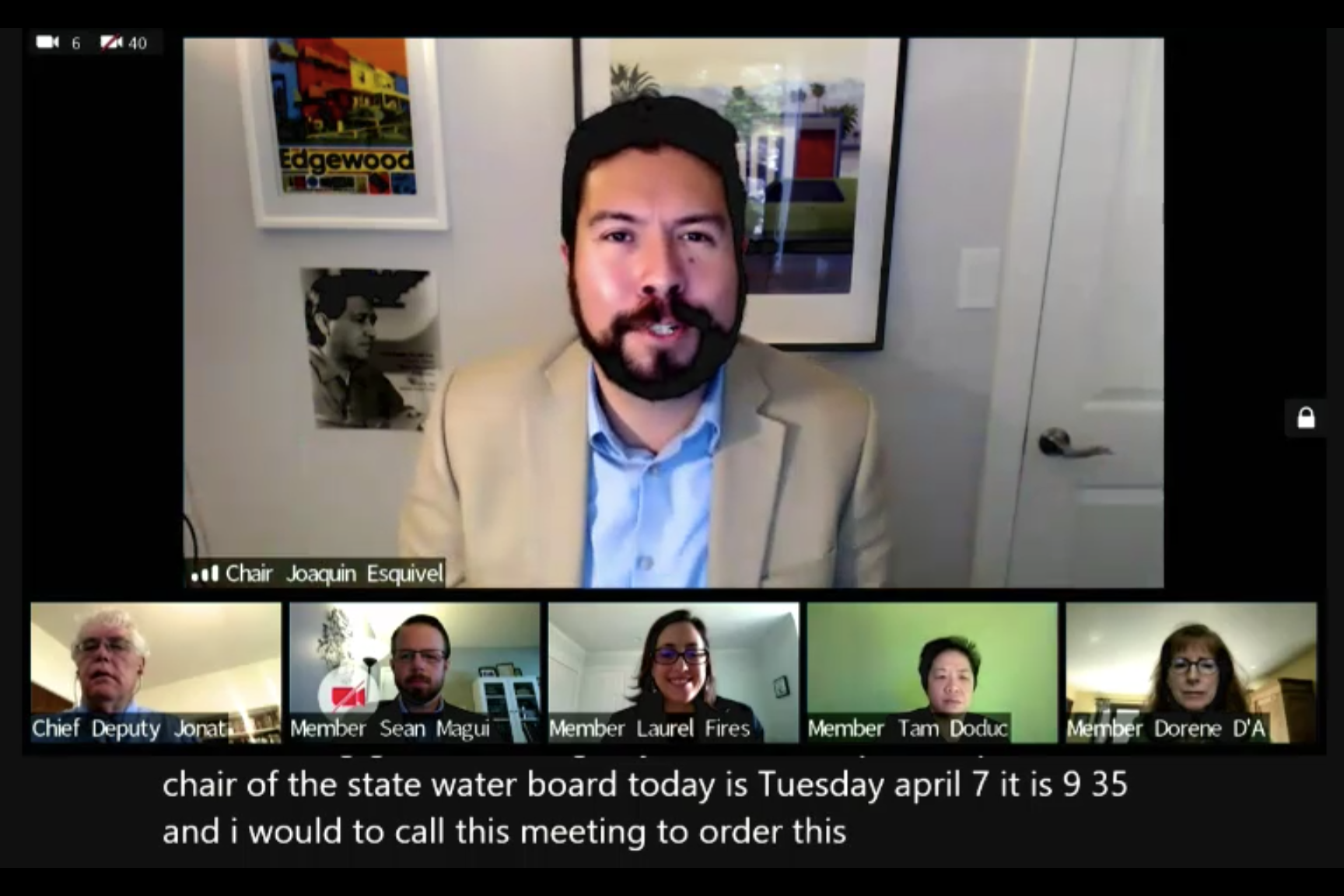 The State Water Board met online for the first time yesterday.

AND IN OTHER NATIONAL NEWS...

Agriculture Secretary Sonny Perdue pledges in a letter to the top Democrat on the Senate Agriculture Committee, Debbie Stabenow, that the COVID-19 aid will be distributed in a “fair and equitable” manner.

The main focus of the letter is to defend the way the department crafted the 2018 and 2019 versions of the Market Facilitation Program. As he did at hearings last month, Perdue argued the MFP payments were also fair and equitable. “The MFP was never intended as a general market or price support program, or to compensate producers for the impacts of imported product on domestic markets,” Perdue writes.

Stabenow has been a vocal critic of the MFP payments, saying they unfairly favored southern producers.

Read the letter to Stabenow here and download the enclosed maps here.

President Trump and Treasury Secretary Steven Mnuchin are promising to fix the application process for the Paycheck Protection Program and make sure that banks can participate and that small businesses get the money they need.

The White House is seeking an additional $250 billion for the forgivable loans on top of the $350 billion that was in the Phase 3 economic stimulus bill. Senate Majority Leader Mitch McConnell said he wants to pass the additional funding by unanimous consent or voice vote on Thursday.

Keep in mind: Interest among farmers in PPP remains high, but they continue to struggle to apply for the program. The application form has changed three times since last week.

“While we believe that it is clear that farmers with fewer than 500 employees are eligible for the PPP loans, we continue to get reports that farmers are being told otherwise, by bankers, accountants and in some cases state SBA offices themselves,” said Veronica Nigh, an economist for the American Farm Bureau Federation.

She added it “would be helpful if SBA could provide a plain language statement that would put this question to rest.”

By the way: AFBF on Tuesday published a fresh analysis of the impact of the COVID-19 pandemic on farmers.

US imports from China drop off, hampering ports and trade

Chinese workers are going back into factories and ports, but U.S. demand for many of the products have dropped as retail stores close down, causing havoc in shipments in both directions.

Demand for imports of containers full of retail products from China has dropped “to their lowest level in five years,” according to the National Retail Federation and Hackett Associates. It’s not just bad for importers, says American Farm Bureau Federation Economist Veronica Nigh.

“With the U.S. being a couple months behind the Chinese on the coronavirus, the pace of our purchases in the U.S. have slowed dramatically. So there’s not as many containers available to send stuff back,” she told Agri-Pulse. “You end up with a mismatch of availability of containers and demand for those containers.”

It’s just one of the many coronavirus disruptions helping to keep U.S. agricultural exports to China from expanding faster after the two countries signed the “phase one” trade pact.

Congress has provided $600 million in the last two COVID-19 relief bills for emergency food purchases, but food banks say it’s not enough given the needs triggered by the pandemic.

In a letter to congressional leaders, Feeding America’s chief government relations officer, Kate Leone, is asking for another $1 billion — that is $500 million for food purchases under the Emergency Food Assistance Program (TEFAP) and $500 million for storage and distribution.

The group also is backing a 15% increase in SNAP benefits that congressional Democrats are pushing.

Keep in mind: The network of more than 200 food banks says “20% of food banks are concerned about running out of food in the next two to four weeks. Forty-five percent will distribute all TEFAP food on hand within the next four weeks.”

For more on the impact of the COVID-19 pandemic from CDFA Secretary Karen Ross, as well as a look at U.S.-China trade and the latest analysis of campaign contributions from ag interests, check out this week’s Agri-Pulse newsletter or go to Agri-Pulse.com.

“California's agricultural workers are already exposing themselves to increased health risks as essential workers during the COVID-19 pandemic and should not be unnecessarily exposed to this dangerous pesticide.” – California Attorney General Xavier Becerra, in a statement against the EPA’s revised risk assessment for 1,3-D, which downgraded the pesticide from being a “likely” carcinogen.