Gov. Newsom said yesterday that “things will look different” when he eventually begins to ease the stay-at-home order. Restaurants, for one, may have to cut the seating capacity by half to spread out customers, he said. Waiters may wear gloves and masks and check temperatures as customers enter.

Newsom did not indicate when he may start to modify that order, but shared a few indicators he will be watching closely as he makes decisions.

For farmers supplying arenas, conferences, theme parks and other large venues, Newsom said large-scale events are “not in the cards based upon our current guidelines and current expectations.” But he added that “things can change radically.”

Dairy farmers may be relieved to know that Newsom does want schools to return in the fall, meaning more milk sales in school lunches. But schools may be staggering the students, with some coming in during the morning and others in the afternoon, he said. 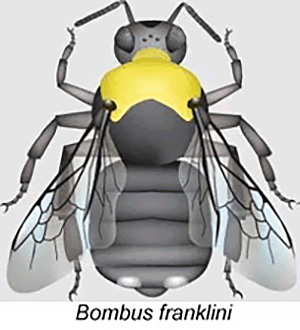 Fish and Wildlife delays report on listing bumblebees as endangered

The California Department of Fish and Wildlife was expected to deliver its findings on four bumblebee species this week. The report will influence the Fish and Game Commission’s decision on whether to list the species as protected under the California Endangered Species Act. Yet the department is asking for a six-month extension due to the pandemic.

Listing mountain lions under CESA, however, will be considered during the commission’s meeting on Thursday.

Keep in mind: A lawsuit over the commission’s decision to consider the petition on bumblebees is still advancing in the meantime.

ICYMI: The commission attempted to meet by phone last week to discuss temporary limits on sportfishing licenses to reduce social gathering. Yet the meeting was almost immediately shutdown, as 500 participants dialed in and blocked commissioners out. Anglers called the commissioners fascists and other names, alleging that Newsom was cancelling the fishing season.

After a slow start, the $350 billion forgivable loan program for small businesses and farms is on track to run out of money as soon as Thursday or Friday. That’s the word from Larry Kudlow, President Donald Trump’s top economic adviser.

“The numbers are fantastic,” Kudlow told reporters on Tuesday, referring to demand for the Paycheck Protection Program. The administration wants another $250 billion to top up the program, but Democrats have objected to replenishing PPP unless their other priorities are addressed, including funding for health care providers and an increase in SNAP benefits.

The Senate is next scheduled to be in a pro forma session on Thursday.

Greenhouse gas emissions from agriculture increased slightly from 2017 to 2018, from about 602 million metric tons of carbon dioxide-equivalent to 618 MMT, according to EPA’s annual Inventory of Greenhouse Gas Emissions.

The GHG estimate for agriculture in 2018 amounts to about 9.3% of total U.S. emissions that year, according to EPA.

The American Farm Bureau Federation and other commodity groups touted the fact that agriculture is well below GHG contributions from the transportation and electric power sectors.

Keep in mind: Although overall methane emissions from agriculture have risen, per-unit emissions from livestock have declined since 1990 because of productivity increases, according to an analysis by Farm Bureau economists. Agricultural methane emissions were estimated at 253 million metric tons in 2018 with 177 MMT of that resulting from cattle digestion.