After a slow start, the $350 billion forgivable loan program for small businesses and farms is on track to run out of money as soon as Thursday or Friday. That’s the word from Larry Kudlow, President Donald Trump’s top economic adviser.

“The numbers are fantastic,” Kudlow told reporters on Tuesday, referring to demand for the Paycheck Protection Program. The administration wants another $250 billion to top up the program, but Democrats have objected to replenishing PPP unless their other priorities are addressed, including funding for health care providers and an increase in SNAP benefits.

The Senate is next scheduled to be in a pro forma session on Thursday. 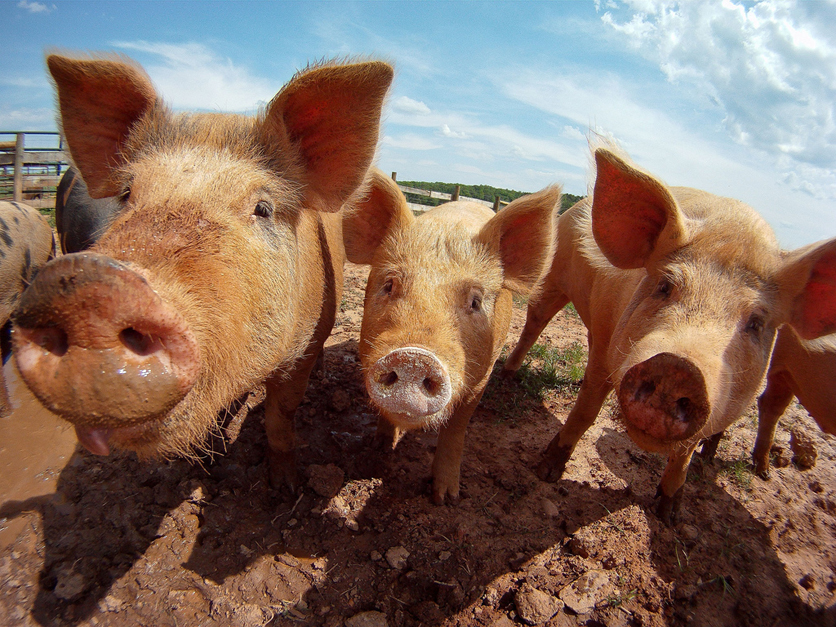 Pork industry leaders, who estimate that their industry will lose $5 billion this year because of the COVID-19 pandemic, are asking Congress to increase the employee cap for the Payroll Protection Program from 500 to 1,500.

The National Pork Producers Council’s Maria Zieba says the expanded eligibility would ensure that all US pork producers can get PPP assistance for paying workers.

NPPC also wants the Small Business Administration to make agricultural businesses eligible for the Economic Injury Disaster Loan program, which provides up to $2 million (with a maximum $10,000 advance that does not have to be repaid) to businesses currently experiencing a temporary loss of revenue due to COVID-19. SBA has so far resisted appeals from ag groups to make farms eligible for the farms.

Keep in mind: Congressional Democrats have been pushing for the PPP replenishment bill to include a provision making ag employers eligible for the EIDL program.

For more on the impact of the COVID-19 market disruptions on the meat and cotton sectors, plus a look at the major agricultural districts that will be in play in this year’s congressional elections, be sure and read this week’s Agri-Pulse newsletter.

Greenhouse gas emissions from agriculture increased slightly from 2017 to 2018, from about 602 million metric tons of carbon dioxide-equivalent to 618 MMT, according to EPA’s annual Inventory of Greenhouse Gas Emissions.

The GHG estimate for agriculture in 2018 amounts to about 9.3% of total U.S. emissions that year, according to EPA.

The American Farm Bureau Federation and other commodity groups touted the fact that agriculture is well below GHG contributions from the transportation and electric power sectors.

Keep in mind: Although overall methane emissions from agriculture have risen, per-unit emissions from livestock have declined since 1990 because of productivity increases, according to an analysis by Farm Bureau economists. Agricultural methane emissions were estimated at 253 million metric tons in 2018 with 177 MMT of that resulting from cattle digestion.

Brazilian farmers are exporting their soybeans at a record pace to take advantage of the country’s weak currency – the real – and that means that China will begin ramping up purchase commitments of U.S. soybeans soon, Thomas Mielke, editor and CEO of Oil World, said on a webinar hosted by the U.S. Soybean Export Council.

“We actually expect that China will become a more active buyer of U.S. soybeans in the coming weeks, probably soon, while Brazilian exports will start declining,” said Mielke. He believes Brazilian shipments will peter out in May or June at the latest.

China’s total soybean imports will be stronger this year at 91 million metric tons to allow the country to replenish stocks and rebuild its swine herd, of which the U.S. is forecast to supply 21 million tons, Mielke said. Brazilian exports to China this year will decline to 58 million tons.

As of last week, there has not been a single new case of African swine fever in 44 of Vietnam’s 63 provinces. That’s being considered a major success in the fight against the virus that raged through all 63 provinces in early 2019, according to a new analysis by USDA’s Foreign Agricultural Service.

By December 2019, the Vietnamese had culled 23% of the country’s entire swine population – about 5.9 million pigs, according to the report.

But now, those numbers are quickly falling, says FAS. “The number of new cases or of recontamination also appear to have significantly slowed down. Since the start of 2020, only 24 ASF outbreaks have officially been reported in Vietnam, leading to the death and culling of 20,177 pigs.” 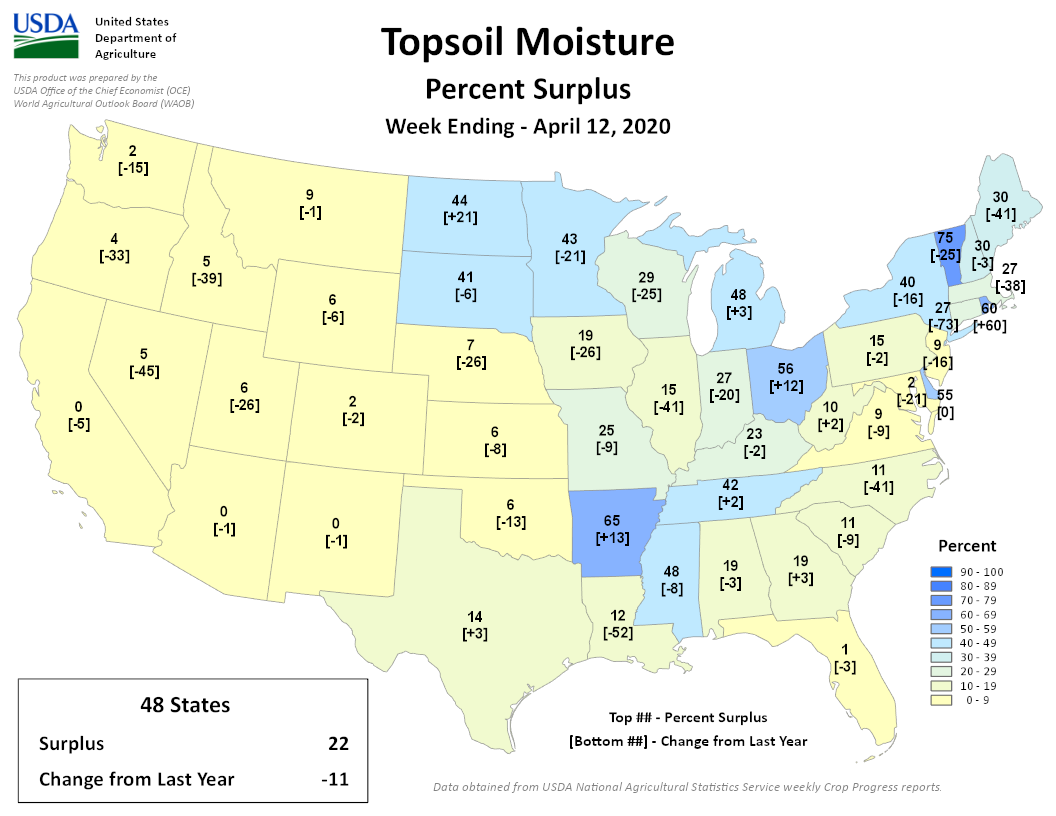 Some soils are wet – but not like last year

Topsoil moisture levels are lower compared to this time last year, but wet, cool weather is slowing any chances for early corn planting across the Midwest.

“We had about a third of the country reporting surplus topsoil moisture this time a year ago, and that number is in the low 20s now, so we are somewhat drier overall,” USDA Meteorologist Brad Rippey tells Agri-Pulse.

Just 3% of the nation’s corn has been planted which is on par with the five-year average of 4%. Rippey expects planting to pick up in early May as warmer, more consistent weather moves in.