Daybreak: Feinstein and Central Valley Dems urge Newsom to back off water plan

In a letter to Gov. Newsom Wednesday, California Senator Dianne Feinstein and four Central Valley representatives said the state is facing “a real risk of a fundamental breakdown of our water delivery system.”

They urged the governor to continue negotiations over voluntary agreements rather than pursue his new plan for the State Water Project. They noted a compromise was close, which could allow Newsom to drop his lawsuit and disagreements with federal agencies over the new biological opinions. They feared the state will enter a period of “prolonged litigation” without this.

Specifically, the letter asked for the Department of Water Resources to amend its new incidental take permit to allow for immediate implementation of voluntary agreements once they are reached.

On that note: The Metropolitan Water District of Southern California, which serves the Los Angeles area, announced its own lawsuit against the Newsom administration this week. The powerful water district is suing over the new plan for operating the State Water Project.

ICYMI: In a separate letter this week, Feinstein joined with Sen. Debbie Stabenow, D-Mich., and 27 other senators to push USDA to supply specialty crop producers with financial assistance for losses caused by the coronavirus pandemic. 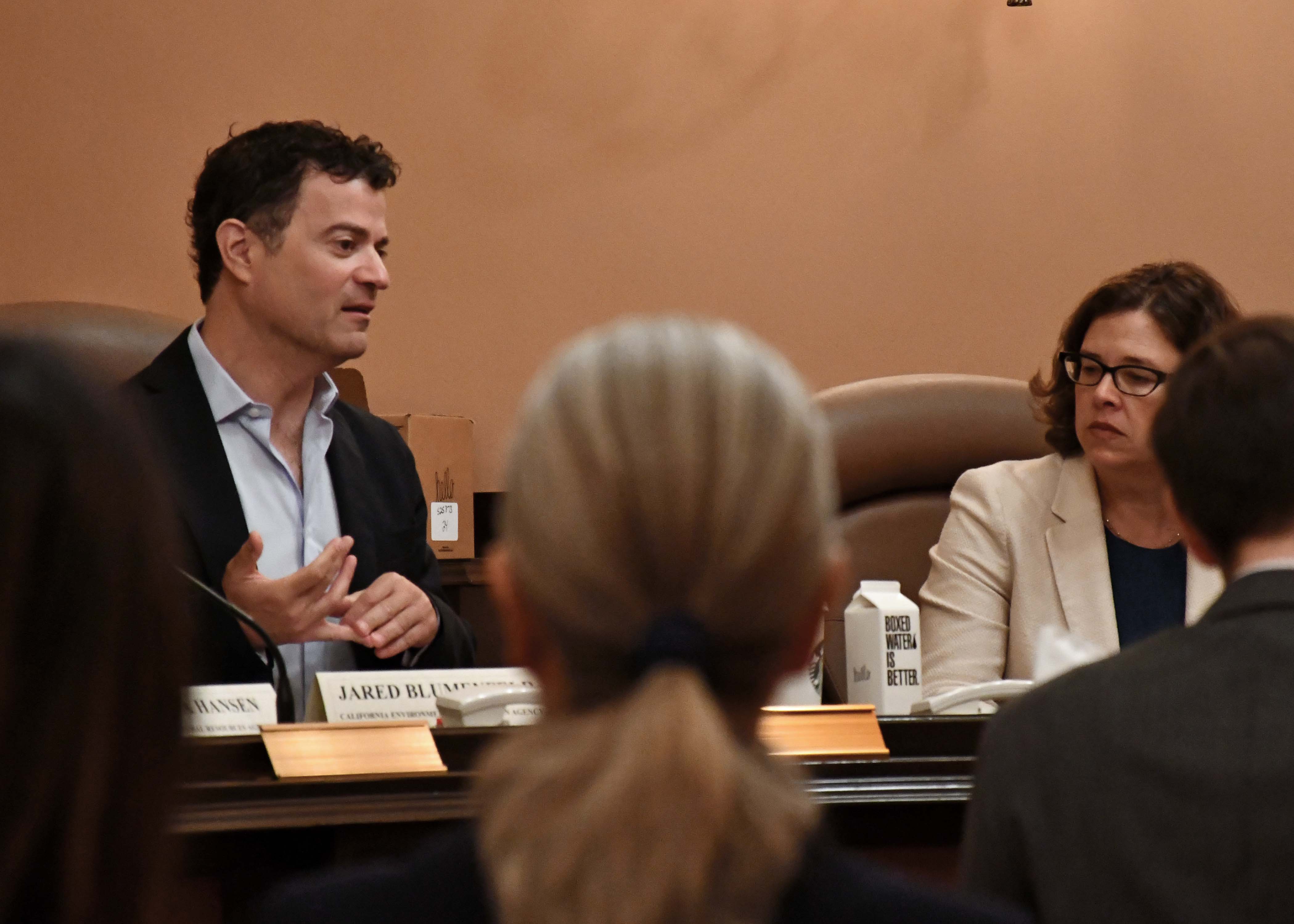 Led by Secretary Jared Blumenfeld, CalEPA issued a statement yesterday saying it will continue to take action on complaints related to environmental noncompliance during the COVID-19 crisis. The agency said it will also “fill any enforcement gaps left by the U.S. EPA’s decision to reduce environmental oversight.”

CalEPA did recognize that some stakeholder industries, like agriculture, may need additional “compliance assistance” during the pandemic. The agency acknowledged some deadlines may need to be extended.

Remember: A coalition of ag groups has been urging the governor to delay procedures on developing new regulations until at least 30 days after the emergency order has been lifted. CalEPA departments and boards are working on a number of ambitious proposals for water quality, clean trucks and pesticide restrictions.

The Trump administration is taking steps to increase the number of workers available to hire under the H-2A visa program.

Under a temporary final rule, farmers who are having trouble getting H-2A workers into the country because of travel restrictions can hire workers who are already in the U.S. on H-2A visas. The Department of Homeland Security also will allow H-2A visa holders to work beyond the current three-year limit.

The American Farm Bureau Federation was still assessing the impact of the changes, but AFBF’s Allison Crittenden says they should “broaden the pool of workers eligible” to work this year.

Agriculture Secretary Sonny Perdue says the U.S. food supply chain is intact despite the scenes consumers are seeing of milk being dumped and packing plants shutting down.

“I want to be clear – the bare store shelves you may see in some cities in the country are a demand issue, not a supply issue,” Perdue said at the White House coronavirus briefing Wednesday evening.

Heat’s on USDA as dairy sector looks for relief

Perdue is under pressure from every direction as farmers appeal for relief from the COVID-19 crisis. But nowhere is the pressure more intense than from dairy.

Among the options the industry has proposed is reopening enrollment for the Dairy Margin Coverage program. But that would be costly, and it could anger producers who signed up for the program when it appeared it was unlikely to provide any payments this year.

University of Minnesota economist Marin Bozic says at current prices, the farmers now enrolled in DMC at the Tier I level would likely collect $550 million. If enrollment were opened up and everyone eligible to sign up did so, payments could rise to $1.3 billion, he says. (The program paid out about $300 million last year.)

By the way: Based on the latest price projections for 2020, USDA estimates a producer with a production history of 5 million pounds will receive nearly $169,000 from DMC this year at the $9.50-per-hundredweight coverage level. The premium was just $7,100.

Perdue told Fox Business on Wednesday says he’s looking at making direct payments to farmers while also buying up surplus food as part of the $16 billion aid package being developed.

“We want to have direct payments to farmers, but more importantly ... we want to purchase as much of this milk or other protein products, hams and pork products, and move them to where they can be utilized in our food banks and possibly even international humanitarian aid,” Perdue said. 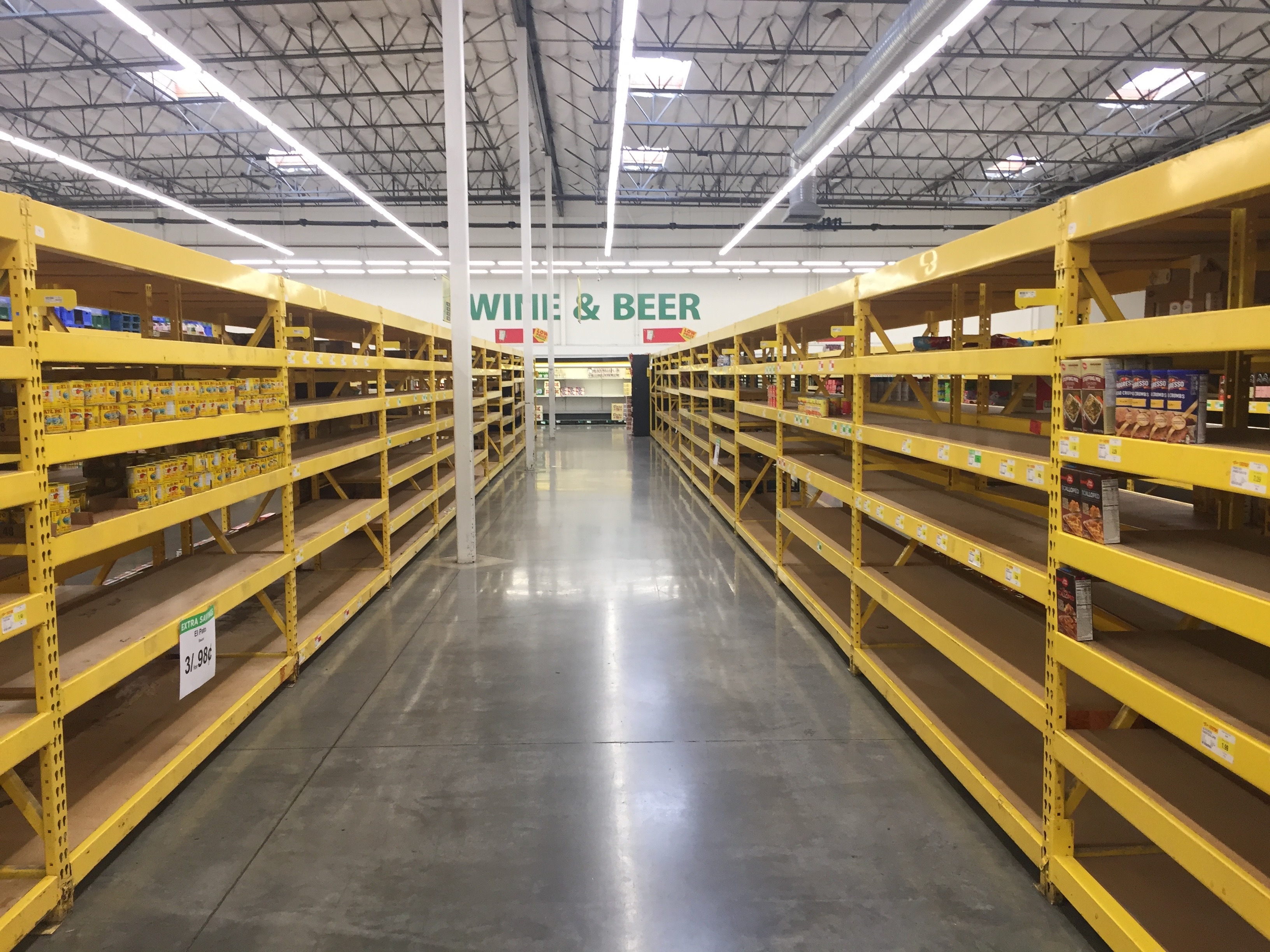 Empty store shelves at the start of California's lockdown one month ago.

Supermarket giants Albertsons and Kroger have joined the United Food and Commercial Workers International Union in urging federal and state policymakers to designate grocery store workers as “extended first responders” or “emergency personnel.” That would give the workers priority access to personal protection equipment like masks and gloves.

“This urgent call … is not just about protecting grocery store workers; it is also about protecting the customers they serve and our nation's food supply in general,” Kroger and UFCW said in a statement. UFCW represents 1.3 million workers in grocery stores and retail shops as well as meatpacking, food processing and other industries.

“Undocumented immigrants are risking their own health on behalf of the rest of us, saving lives as health care workers, caring for our loved ones and growing much of the food we depend on” – Laurene Powell Jobs, president of Emerson Collective, in a statement with Gov. Newsom announcing $75 million in assistance to immigrant workers affected by COVID-19.

The foundation was part of a network of donors and foundations that committed to raising an additional $50 million for assistance.