In a letter to the administration, they argue that “making sure farmers have the water to grow next year’s food supply is as important as making sure grocery store shelves are stocked today.”

The coalition urges the state to suspend, modify or postpone any rules that limit farm water supplies. Similar to funding drives like the San Joaquin Valley Water Blueprint, the group is pushing for new investments in water infrastructure as part of any potential state or federal stimulus package.

This includes fixing and modernizing aging and crippled canals, incentivizing on-farm conservation technologies, enlarging Shasta Dam and supporting the development of new reservoirs. They are also asking to modernize water projects in the Klamath Basin, a region furthest behind for rainfall in the state.

The ag groups are again urging Newsom to reconsider his lawsuit over the federal biological opinions and the state’s new plan for operating the State Water Project. 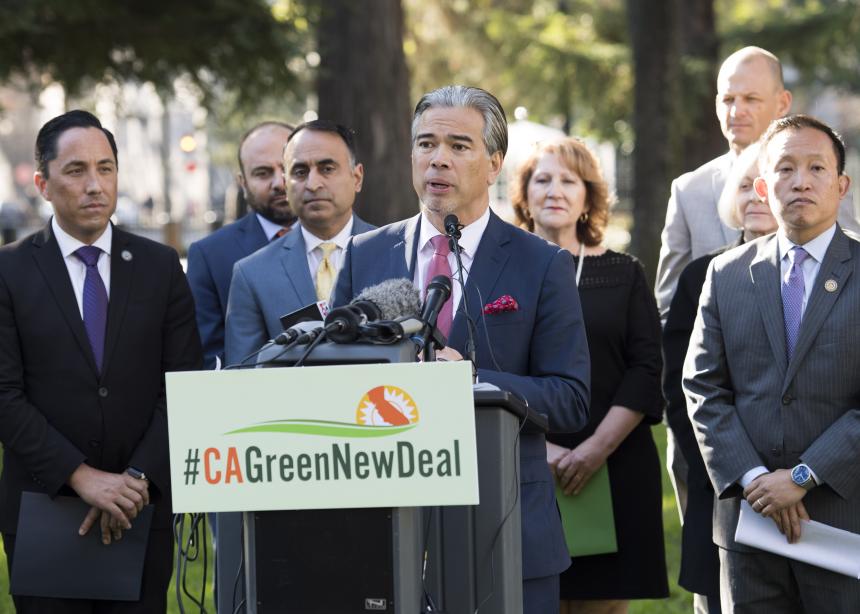 A bill proposing a California version of the Green New Deal was fleshed out with more details last week. Along with a number of other goals, it now calls for “increasing the percentage of California’s agricultural land that is certified organic to 100 percent by 2040.”

The measure, Assembly Bill 1839, also wants the state to “transition from polluting, fuel-based models of agriculture to nonpolluting, energy-efficient models that support and protect the environment, workers, local communities and certified organic farmers, including small and socially disadvantaged farms.”

AB 1839 lists 13 authors and co-authors, mostly from the Bay Area and San Diego. The bill is currently in the Assembly Natural Resources Committee. The authors have signaled that some aspects of the bill may be shelved until next year. The first objective of the measure is to establish a task force to explore its many goals through conferences and public forums.

A health study on farmworkers is in the works

State Senator Anna Caballero said Friday the Legislature and governor's office have commissioned a study on farmworker health, which is already in process amid the coronavirus pandemic. Caballero, a moderate Democrat representing the Salinas Valley, was speaking at an event for the California Food and Farming Network.

This will update a study performed by UC Merced 20 years ago and aims to provide new insights into the “basic health” of farmworkers. In March, Caballero announced she had secured $1.5 million for the study. Researchers were scheduled to begin collecting interviews this month and to publish the report in 2022.

Caballero has also supported a recent study on the health of children of farmworkers. It investigated the long-term impacts of exposure to farming activities, she said.

Caballero argued as well for providing undocumented workers legal status, which would give them access to benefits like workers’ compensation, disability and unemployment.

On that note: Caballero noted that some of the 86 new testing sites for COVID-19 the governor announced last week will be in the agriculturally connected Monterey County cities of Salinas and Greenfield, as well as other rural and disadvantaged areas.

“They have to make the choice between continuing to work or to have childcare, which is just unfair for someone who had no responsibility whatsoever for this emergency,” Rep. TJ Cox said on a press call Friday.

The comment comes as lawmakers in Washington are beginning conversations of what a CARES 2 package may look like. 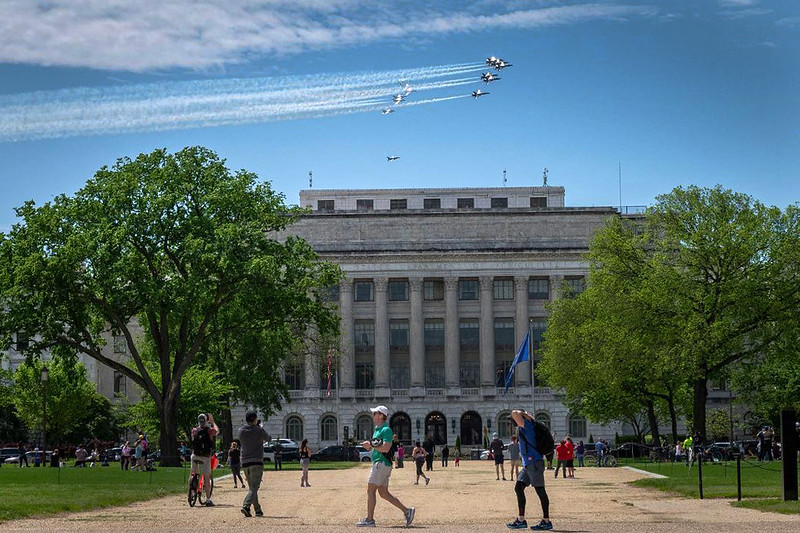 Congress gears up for CARES 2

Senators are due back in Washington with a to-do list that’s expected to include another giant coronavirus relief bill as well as confirmation of President Donald Trump’s nominees. It remains to be seen when a CARES 2 bill can pass, given the sharp partisan differences.

Republicans are demanding business liability protection, while Democrats are pressing for aid to states and local governments.

Farm groups will be pushing for more funding for a second round of direct payments to producers.

Meanwhile: Smithfield Foods today plans to partially reopen its Sioux Falls, S.D., plant that has been closed since mid-April, according to the Sioux Falls Argus-Leader. The facility is responsible for processing about 5% of the nation’s pork production.

Trump, speaking to reporters Friday evening on the White House south lawn, confirmed he’s considering hitting China with new tariffs if the country was responsible for releasing the COVID-19 virus.

“This is a bad situation. All over the world – 182 countries,” Trump said when asked about using tariffs as a punishment for China. “But we’ll be having a lot to say about that … it’s certainly an option.”

The U.S. continues to levy tariffs on $250 billion worth of Chinese goods, but the “phase one” trade deal brought about a détente to the trade war and resulted in China agreeing to issue exemptions to its tariffs on U.S. soybeans, sorghum, wheat, corn, pork and other ag commodities.

California and other states, cities sue over Navigable Waters

Seventeen states and two cities are suing the Trump administration over its Navigable Waters Protection Rule, joining a host of environmental groups that have already filed lawsuits challenging the new definition of "waters of the U.S."

The rule “excludes many waters, including ephemeral streams and many wetlands, from the scope of ‘waters of the United States,’” which is “contrary to the [Clean Water] Act’s objective ‘to restore and maintain the chemical, physical and biological integrity of the nation’s waters,’” the complaint filed in the Northern District of California says.

CalEPA Secretary Jared Blumenfeld said in a statement that “allowing water pollution to occur upstream will result in polluted drinking water and water for agriculture, and degraded habitat for fish and wildlife downstream.”

Environmental groups suing over the Trump administration’s new WOTUS rule have found some support for their court challenges in a recent Supreme Court decision. That’s according to Royal Gardner, a law professor at Stetson University, who was the lead attorney for aquatic scientists and scientific societies who filed an amicus brief on the side of environmental groups in a Clean Water Act case out of Maui County, Hawaii.

The 6-3 ruling found that a CWA permit may be needed for discharges of pollutants transported via groundwater into a “water of the U.S.”

“The individual scientists who worked on the brief … were delighted that science still matters,” Gardner said on an Environmental Law Institute webinar. “The court clearly considered science in reaching its decision, and the decision itself is grounded in science.”

Farm groups were encouraged that the Supreme Court decision narrowed the scope of an earlier appeals court decision.

“Jobs here are difficult. They’re not nine to five. You certainly can’t do them from a desk, you can’t telework a great harvest, (and) you can’t milk a cow by zoom.” – Rep. TJ Cox