Kansas cattle producer and Kansas Livestock Association President Harry Moser told Agri-Pulse his ranch uses three or four loads of DDGs each month from a plant nearly two hours away. Recently, that facility told him it had a limited supply and he would have to wait up to 10 hours to pick up a load.

“We get there and sit there for eight or ten hours and get back, we’ve spent 14 or 15 hours to get 25 tons of feed, so it has become unrealistic,” Moser said.

While the prices have gone up in his area, Moser said he was not opposed to paying more. But plants are not producing enough product to sell to customers.

“There is reduced availability, and some producers are concerned they are going to have less in the future, so there are some (producers) chasing that,” Kansas State University Economist Glynn Tonsor said in a webinar April 16.

For the week ending Friday April 17, DDG prices in Iowa, Illinois, Missouri, and South Dakota increased from the week before. But prices in Indiana, Ohio Minnesota, Kansas, and Wisconsin have gone down, according to USDA’s ethanol report.

As of Monday, 73 ethanol plants have fully idled production, and 71 reduced production from 10% to 50%. Some 60 are still operating at normal capacity, according to the Renewable Fuels Association.

As ethanol production rises and falls, so does DDG production. Last year, the ethanol industry produced about 38 million metric tons (mmt) of DDGs; due to COVID-19 and reduced ethanol demand, that number is roughly 19 million mmt on an annual basis, Growth Energy said in an email. 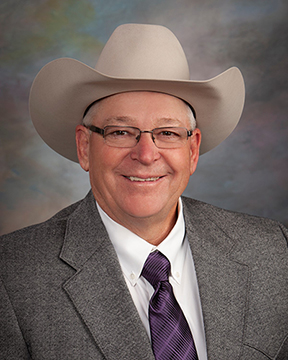 Beyond just recognizing rising prices, livestock producers are being forced to adjust their rations because of questions about future DDG availability, Tonsor said.

Moser grows alfalfa each year but said he normally does not use it to feed his animals until fall calving. COVID-19’s impact on ethanol plant closures has changed that.

“That’s going to change what we have available six or five months down the road here,” Moser said. “There’s other protein sources out there. Soybean meal has come down some, but it is hard for us, the way we feed, to use a lot of that.”

He said wet feed mixed in with the ground hay and silage worked best for his operation.

A Nebraska commercial cattle feeder, who asked not to be identified, said the ethanol plant he buys from in Columbus, Neb., has cut his DDG loads by 78% despite contracts being agreed upon in September.

“We were getting four and a half loads per week. Now we are down to one to one and half loads,” the producer told Agri-Pulse. “It is frustrating to me because you have a contract. If I would have had a contract with them, they would have held me to the fire.”

Some plants across the country are declaring force majeure, a legal clause freeing a party from contractual duties due to unforeseeable circumstances.

The Nebraska producer feeds roughly 9,000 head of cattle and said DDGs make up about 40% of his normal rations. Now, that's down to 10% or less.

“We’re kind of scrambling,” he said. The producer said he bought soymeal as an alternative protein source, but noted the price of that has also increased because other producers also are looking for alternative sources.

Referring to an internal report, John Patience, professor of swine nutrition at Iowa State University, said due to rising prices and availability, DDGs do not price into hog rations anymore in Iowa.

He said the report showed an increase in DDGs of around $15 per ton in the first two weeks of April but said the number increased $40 a ton in Iowa since March.

“That is a monstrous increase in price. That kind of price increase is not commonly seen,” Patience told Agri-Pulse.

“There are any number of other products that you could put in the diet that brings in both protein and energy, or you can just go back to old corn and soymeal diets, which I think a lot of producers are doing right now,” Patience noted.