The novel coronavirus is living up to its name, ushering in a new way of life for America’s food companies, most notably the meat industry.

Just in the last 10 days, because of coronavirus outbreaks, JBS USA has shut down its beef plant in Greeley, Colo., and its pork plant in Worthington, Minn. Smithfield’s Sioux Falls, S.D., pork plant had to shut down around the time it became the country’s biggest hotspot for new cases. And in Iowa, state officials announced April 19 that two-thirds of its 389 new cases were at meat processing plants. It has since confirmed more at Tyson and National Beef facilities.

Despite calls for closure of Iowa plants, Republican Gov. Kim Reynolds has pushed for them to remain open, citing the importance to the food supply and food security.

The problem has shined a spotlight on what will be a necessity for companies hoping to make it through the COVID-19 pandemic: Personal protective equipment. Not just for the meat industry, but for the food supply chain as a whole — including baking, food packaging, grocery stores and farmworkers.

Some associations say the problem is not widespread. North American Meat Institute spokesperson Sara Little says, “Most of our members report being able to obtain PPE. Testing and when to apply it seems to be the next concern.” And International Dairy Food Association spokesperson Andrew Jerome says, “We’re not hearing of shortages in our specific industry at this time.”

But for many in the food industry, “The situation with PPE has only become more challenging,” says Geoff Freeman, CEO of the Consumer Brands Association, which includes food and beverage manufacturers and processors. “The simple truth is that the industry, the essential workforce, is not getting access to the PPE that even the federal government is recommending.” 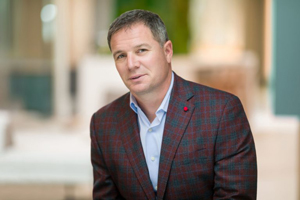 Robb MacKie, president and CEO of the American Bakers Association, echoes Freeman’s concerns. Workers in the industry use masks and gowns as part of their normal workday, so companies have some supplies, but “inventory is running really low.” He cited as an example a company in Georgia that might have to shut down because of the lack of PPE.

Unlike slaughterhouses and packing plants, where social distancing during full production is not possible, baking operations are not as densely populated, which has helped allow facilities to remain open even if a worker gets COVID-19, MacKie said. There have been cases at plants, which has forced those employees to stop working, but out of “an abundance of caution,” workers who have had contact with the infected person are told to self-quarantine for 14 days, he said.

Representatives from dozens of trade associations in the food and beverage space have been meeting regularly to discuss COVID matters, and PPE has become a top priority, Freeman said. Both he and MacKie said the group has been trying to elevate the food industry's status on the government’s priority list for receiving PPE, as it did for hand sanitizer, putting food and ag just below hospitals and healthcare, but said the Department of Homeland Security has been reluctant to do so.

There are “multiple examples where a contract has been signed” and a government agency has stepped in to redirect the product, Freeman said. Governors and private industry have complained loudly about having to compete with the federal government “for equipment the government has told businesses to obtain,” Freeman said. “That is what is so infuriating.”

FEMA published a rule April 10 allowing it “to allocate to domestic use, as appropriate,” certain items of PPE, including N95 masks and surgical masks. But Freeman says some of the materials taken have not been “health care quality masks. These aren’t N95 masks, these are cloth masks,” he says, slamming “the lack of consistency and clarity at the federal level.”

FEMA, on a webpage called ‘"Coronavirus Rumor Control,” insists it is “not seizing or re-routing PPE being distributed internally within the U.S. to local or state governments, hospitals or any commercial entities.”

The agency also denies “out-bidding” states and others for supplies. Due to the Defense Production Act (DPA) and FEMA’S use of priority ratings for “reallocating” critical resources, “the federal government requirements for fulfillment are put ahead of other orders so we can best assist areas most in need of supplies,” FEMA says.

Some pleas are being heard. Kansas Gov. Laura Kelly, who said on CNN April 16 the state had put in “seven to nine orders to FEMA and not received anything. We have a lot of meatpacking plants in the state of Kansas. We need that personal protection equipment so that those folks can continue to do their jobs and continue to feed the nation."

A few days later, on April 20, Kelly got PPE and testing equipment from FEMA, which will be used to address clusters of positive coronavirus cases in Kansas counties centered around food and meat processing plants, Kelly’s office said.

The supplies will go to Finney, Ford and Seward counties in the southwestern part of the state, and Lyon County in east-central Kansas. Lyon County Health Officer Renee Hively told local radio station KVOE that clusters in that county are at Tyson Foods, Simmons Pet Food and Hostess.

Plants operated by Cargill in Dodge City and National Beef in Liberal have had employees test positive, the Dodge City Daily Globe and other Kansas media have reported.

National Beef and Cargill did not respond to questions for comment, such as where workers have tested positive, but National Beef said on its website April 17 it would be taking every employee’s temperature before entering its plants and added, “We have an ample supply of disposable face masks for employees; face shields are also readily available.”

It also said it was installing “plexiglass dividers at cafeteria tables and other locations throughout the facility to provide safety barriers between employees.”

Other companies have moved to address the issue of workers getting sick and, in some cases, dying of COVID-19. JBS USA and the United Food and Commercial Workers Union, which represents more than 250,000 meatpacking and food processing workers, reached an agreement April 19 that includes a $4/hour raise and access to PPE such as masks, gloves and face shields. JBS also “will be installing plexiglass shields in areas of plants where social distancing is not possible”

Smithfield, which has been widely criticized for its handling of COVID-19 at its Sioux Falls pork plant, said it is taking measures to address worker safety, which labor activists have said is slow in coming. The company closed the Sioux Falls facility April 12 indefinitely after hundreds of workers tested positive for COVID-19. The Centers for Disease Control has inspected the plant and has made recommendations to South Dakota Gov. Kristi Noem for the plant’s reopening that she said would not be hard to implement.

Smithfield said it “immediately placed orders for masks and, more recently, face shields for every employee” after the CDC released guidance April 3 to recommend that people outside the health care industry wear face coverings.

It also says it is “implementing thermal scanning, increasing social distancing, installing plexiglass and other physical barriers and restricting all nonessential visitors.”

The company says masks “are available to employees at all Smithfield facilities.”

Cargill’s website has a March 18 statement saying “disruptions in Cargill’s food supply chains have been limited, as our hard-working employees continue to operate safely in our facilities.”

UFCW and other unions, however, say more action is needed. On Monday, UFCW called on USDA to prioritize essential workers for testing and provide all of them with PPE. Plant personnel should practice social distancing to the extent possible, even if it means slowing down line speeds, the union said.

A USDA spokesperson said “USDA recognizes and supports the efforts of private industry and companies to maintain operational status of their facilities while also maintaining the safety and health of their work force. USDA, together with the FDA and CDC, will continue to support a whole of America approach to ensure the food supply chain remains safe and secure.” 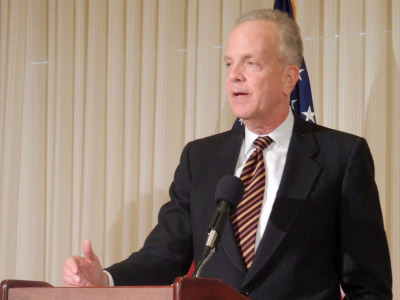 Food Safety and Inspection Service inspectors at meat plants have not received face coverings from USDA. Instead, the agency has said it will reimburse them up to $50 for masks they buy or make themselves.

"I understand the government wanting all these plants to stay functioning because they’re integral to the food supply, but we’re risking the company’s employees and our inspection personnel because there is no social distancing,” said Paula Schelling, head of the American Federation of Government Employees local that represents 6,500 food inspectors nationwide.

“There is nothing we can follow in those CDC guidelines, and I’ve said this from the beginning of all this — now here we are and those (meat plants) are really turning into the hotspots — we haven’t had the social distancing, we haven’t had the protective gear." More than 100 FSIS inspectors have contracted COVID-19, she said.

Cattlemen in Kansas are worried, as is Kansas Republican Sen. Jerry Moran. On a teleconference last week, Kansas Livestock Association CEO Matt Teagarden said both PPE and testing are needed in order to help workers “feel like they're safe, that they're not walking into a place where they're going to become infected and threaten their health and their family.”

“I'm of the view that we desperately need broad testing,” Moran said. “Almost everyone should be tested.” But there aren’t enough tests, he said, adding, “We clearly weren't prepared for this.”