Consumers had been eating more and more of their food outside the home in recent years, with restaurant sales outpacing grocery store sales for the first time in 2016, according to CBRE. But now, consumer options are severely limited. Many restaurants that have remained open have done so with limited menus and restricted themselves to takeout and delivery orders, forcing hungry consumers back to a familiar, but somehow a little foreign, place: the grocery store.

But the conversion from restaurant to retail also presents challenges for producers and suppliers across the food system.

“It’s not as easy as just flipping a switch and converting from food service to retail,” Tom Super, a spokesman for the National Chicken Council, told Agri-Pulse. “There’s a lot of frozen product in cold storage — a lot — that we would love to just send to the supermarket, but a lot of those products are in huge 40-pound-plus boxes.”

Chicken serves as a case study of the drastic difference in consumers' behavior when they’re called upon to cook food for themselves. Chicken wings, a staple of bars and restaurants across the country, still sell, but not at the same clip as breasts and thighs.

But having the product and being able to sell it are sometimes not one in the same, and companies are forced to — pardon the pun — wing it.

A spokesperson for Perdue Farms Inc. said the company has “shifted much of our total production to accommodate the variation in demand” and “simplified the mix of products we’re producing at this time,” a decision that emphasizes production capacity for breasts, thighs, drums, and nuggets. The company has also added additional Saturday shifts at some production facilities to keep up and created a new direct-to-consumer website.

Guidance from USDA’s Food Safety and Inspection Service offered a little flexibility for companies looking to move bulk product to the retail consumer. In March, FSIS announced enforcement discretion on certain labeling practices that would allow sale of products intended for “hotels, restaurants, or similar institutions” without nutrition labeling. A handful of other flexibilities were also included, but as Ashley Peterson, NCC’s senior vice president of science and regulatory affairs, pointed out, the flexibility only extended to single-ingredient items: A bag of chicken breasts would qualify; a box of breaded chicken patties would not.

The FSIS enforcement discretion extends through May 26.

While chicken has long been a core protein on restaurant and cafeteria menus, other parts of the protein value chain are facing similar issues.

Tom Windish, retail chain president for Cargill’s protein division, told Agri-Pulse the company has seen big sales jumps for ground beef and turkey, but noted some product offerings might be limited to focus on plant productivity.

“In some cases, we’ve turned off items that are less efficient and increased the volumes on things that are more efficient,” he said, specifically offering ground product as an example. “In the case of maybe a grind section, maybe not having all the different lean points and all the different packaging sizes that you might see in the retail case to make sure we reduce changeovers and are as efficient as we can be.”

One bright side in the food service category, Windish noted, is that quick-serve restaurants, especially those with drive-through capabilities, have had their sales “bounce back in a meaningful way over the last couple of weeks.” 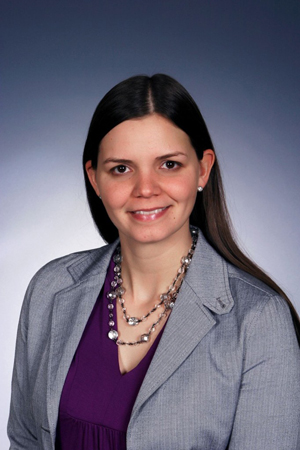 According to a Cargill spokesperson, the company has seen "demand for meat increase 15-20 percent in volume over our baseline."

Windish and Bridget Wasser, the meat science, culinary, and supply chain executive director for the National Cattlemen’s Beef Association, also both mentioned growth in end cuts like chuck and round roasts. As Wasser put it, consumers are taking advantage of availability of both cuts of beef and of their own time.

“You have more time to prepare it. Most people have tabletop or countertop appliances that can help do that; ‘set it and forget it’ and go teach home schooling to your kids that are home now,” Wasser said. “We’re seeing a lot of interest in comfort food recipes, batch cooking recipes … and I think consumers are just finding comfort in cooking food more so than they usually would.”

Windish said "it’s too early to say if it’s a new cooking phenomenon or if … people are adjusting their behaviors and what they buy in the store.” But Wasser did point to optimism for beef sales in the upcoming summer grilling season.

“Regardless of where we are in terms of stay-at-home (orders), I think people are going to be looking for ways, when the weather is nice, to get outside and grill,” she said.

A boom in sales of ground beef, up about 30% since mid-March, could possibly lead to the grinding of more products than usual, Wasser and Windish noted.

Some sellers have also been forced to exhibit a little creativity in their business models, such as selling direct to consumers. Some restaurants are even offering grocery items as add-ons to takeout meals. Consumer interest in the direct sales model has also exploded. Food service giant Sysco created a website to sell some of its restaurant-quality steaks online, giving consumers the chance to buy multi-packs of USDA prime grade beef.

One company’s explosive growth underscores the interest for consumers in getting food directly from the manufacturer at bulk. Baldor Specialty Foods, a New York-based food company, began offering direct-to-consumer purchasing in mid-March. According to Michael Muzyk, Baldor’s president and the chairman of United Fresh, a handful of orders in their first few days eventually skyrocketed, maxing out at 2,000 orders each day. The company is now up to 15,000 orders to date. 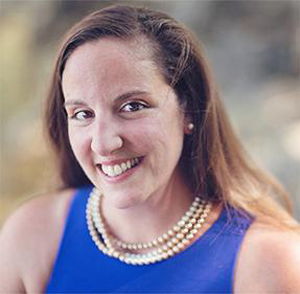 She said messaging about the benefits of fresh produce and consumer concerns about their own health led to a boost in sales as shoppers initially stocked up. That wave of purchasing has fallen off, but sales are still steadily higher.

As for the drop in food service sales, Coppola said something that rings true across most sectors of the food supply chain: the restaurant and food service business is still there, but companies are shifting their businesses to expect less of it.

“Yes, there’s a lot of business that was lost, but there’s also a lot of businesses trying to hold on,” she said. “So whether they’re doing takeout or delivery, whether it’s school systems that are still offering meals for students to be able to come by and pick up on a daily basis, there’s still food moving through some of that food service channel.”