With Biden now the presumptive nominee, the former vice president’s campaign is setting up a rural advisory committee that will be co-chaired by Phil Karsting, a former administrator of USDA’s Foreign Agricultural Service under Barack Obama. The second co-chair hasn’t been named yet, but it’s likely to be a female agriculture leader.

"There is a general understanding on the Democratic side of the aisle that the party needs to do a much better job of reaching out to rural Americans, including the farm community,” said Marshall Matz, a lobbyist on agriculture and nutrition policy who chaired Obama’s agriculture and rural advisory committee in 2008.

“It is not just on farm issues that Democrats need to show up, but on all issues, starting with health care. Most rural hospitals don't have even one ventilator and that is a concern for rural Americans,” he told Agri-Pulse.

One longtime farm policy leader who's been asked to join Biden’s ag advisory committee is Roger Johnson, who retired in March as president of the National Farmers Union. Johnson told Agri-Pulse that Biden needs to campaign in rural areas aggressively.

“Showing up makes a big difference. I also think he needs to focus on competition in the markets,” Johnson said, referring to the longstanding concerns that many producers have about agribusiness consolidation.

Former Agriculture Secretary Tom Vilsack, who campaigned for Biden ahead of the Iowa caucuses and advised his campaign on the development of its rural and climate policies, also is expected to play a role in the campaign along with other Obama administration veterans.

The Biden campaign chose not to have former Obama cabinet officials chair the advisory committees.

Clinton didn’t have a formal rural committee, while Trump did. At one point during the campaign, her senior staff met in New York with representatives of major farm groups, but the meeting didn’t result in a visible effort to reach rural areas. Trump's committee, announced in August 2016, was chaired by Charles Herbster, an Angus cattle breeder and farmer in Nebraska.

Vilsack, who is president and CEO of the U.S.-Dairy Export Council, an export promotion arm of the dairy industry, told Agri-Pulse he isn’t sure yet how he will assist the Biden campaign.  He says he has access to the campaign, noting that Biden’s new campaign manager, Jennifer O'Malley Dillon, has Iowa ties — she headed John Edwards’ campaign in the state — and he also knows Biden’s policy and political directors.

“The Democratic Party generally is much more sensitive to the importance of rural people and places than they were prior to the 2016 election,” he said. He noted as an example that the Senate Democratic Policy and Communications Committee, chaired by Sen. Debbie Stabenow, recently released a report on how the federal government should address the COVID-19 crisis in rural areas. Stabenow is the top Democrat on the Senate Agriculture Committee.

Trump’s big margins in rural Michigan, Pennsylvania and Wisconsin contributed to his narrow wins in all three states. He carried the three states by a combined margin of fewer than 78,000 votes. Clinton also lost Iowa, which Obama had carried in 2008 and 2012.

In an analysis of the 2016 election, Michael Barone, a resident fellow at the American Enterprise Institute, said in Pennsylvania and seven Midwestern states — Illinois, Indiana, Michigan, Minnesota, Missouri, Ohio and Wisconsin — Clinton’s margin in non-metro “outstate” areas was lower than Obama’s in 2008 and 2012 and lower than John Kerry’s in 2004 in some places. Barone predicts that Clinton’s performance would “draw more politicians’ attention to voters in the previously disregarded outstate Midwest.”

Vilsack thinks the fact that Biden and Trump will be unable to hold large campaign rallies for the foreseeable future due to the pandemic could actually help Biden reach rural voters. The candidates will be forced to do smaller web-based events that are much more targeted to specific groups and areas than rallies.

“With a virtual campaign, which is probably what we're going to see more of, you have the capacity to go to those remote places that in the past, you might not have had the time to do,” Vilsack said.

An organization, independent from the Biden campaign and the Democratic National Committee, that will be trying to help Biden and Democratic congressional candidates is the One Country Project, a 501(c)(4) nonprofit founded by former Democratic senators Heidi Heitkamp of North Dakota and Joe Donnelly of Indiana after they lost re-election races in 2018. 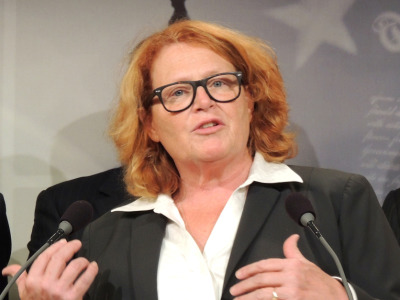 One Country advises candidates on how to address rural voters’ concerns and monitors social media to track trends in the views of rural residents. Heitkamp warned Democrats against supporting Medicare for All, which would have abolished private health insurance, writing in a Washington Post op-ed that supporting that policy “would give Trump a costly, drastic proposal to attack.” Biden notably refused to support Medicare for All, saying he instead wants to build on the Affordable Care Act.

Although Biden is being pushed by progressives to reach out to the younger voters who tended to support Sen. Bernie Sanders, Heitkamp notes that older Americans are more reliable voters.

“If I can point to one thing I would measure as a success for One Country, it’s the fact that everybody pretty much accepts that you can’t walk away from rural America,” she said.