Daybreak May 1: Perdue: Packing plants coming back on line

Agriculture Secretary Sonny Perdue says meatpacking plants will be going back into operation through this weekend and into early next week.

“We may have saved the situation here with this announcement,” Perdue said Thursday on Fox News, referring to President Trump’s executive order that made packing plants critical infrastructure. “It gives the companies better coverage,” he said.

One big question is whether Perdue can ensure that packing plants get the COVID-19 tests and personal protective equipment that the facilities need. The industry is expecting an announcement on that score any day.

In a statement to Agri-Pulse, USDA said it is working with CDC “to provide guidance on food manufacturing safety and hygiene best practices.” USDA also is working with FEMA “to identify PPE needs in the food supply chain and ensure supplies get to entities who need them to continue operations.”

Colorado Gov. Jared Polis told Fox that he appealed to Vice President Mike Pence to help packers with testing capability. “It’s really important that the federal government help keep (plants) open and prevent closures by creating additional testing for the workers so they can return to work safely when they are negative.”

By the way: Disruptions in the industry continue. Tyson Foods today is temporarily shutting down operations at its Dakota City, Neb., beef packing plant to deep-clean the facility following an outbreak there. 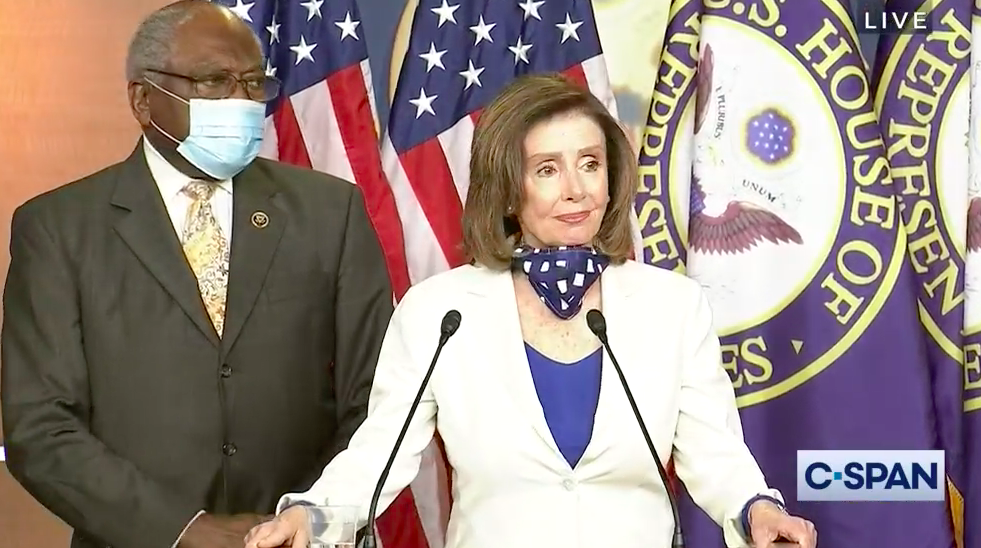 House Democrats are laying out their priorities for the next big stimulus bill, “CARES 2,” and they include rural broadband funding and additional protections for workers. Funding for COVID-19 testing also is high on the list, according to House Speaker Nancy Pelosi.

Pelosi cited concerns about meatpacking employees in saying Thursday that Congress needed to do more to address the concerns employees have in going back to work during the pandemic.

On broadband: Democrats originally wanted a broad infrastructure initiative, but Pelosi suggested their wish list is being scaled back to broadband and water infrastructure.

Keep in mind: Senate Majority Leader Mitch McConnell, R-Ky., has resisted including infrastructure spending in the stimulus bill. But higher broadband funding is something that could appeal to Republicans, given the importance the pandemic has put on connectivity. 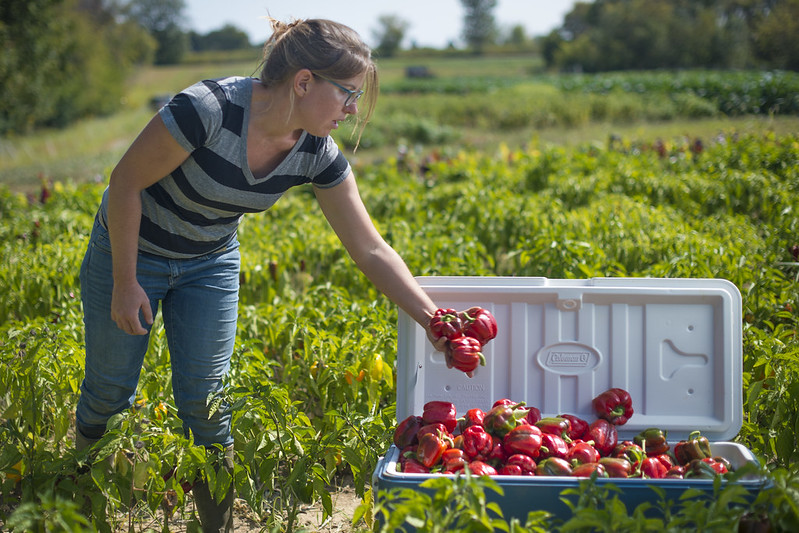 More than two dozen senators, including the top Democrats on the Agriculture and Appropriations committee, are calling on Perdue to revise the upcoming coronavirus relief program to make sure it provides payments to locally focused agriculture.

In a letter to Perdue, the senators note that local agriculture was specifically mentioned in the Phase 3 stimulus bill, known as the CARES Act. The senators’ suggestion includes changing the date, April 15, that is supposed to be used for calculating market losses.

But, but but: Other lawmakers are appealing to Perdue not to put limits on payments to individual producers. Payment limits would especially affect dairy and pork producers, but such caps might allow the money to go further.

Advocates for agricultural workers say that Republicans have to agree to bolster worker rights before getting liability protections for farms and processors. Business groups are worried that companies will have a hard time getting back to normal if they don’t have some protection against lawsuits.

“You can’t have liability protection for business unless you can ensure that workers are being treated safely,” said Rep. Ro Khanna, D-Calif.

Khanna and Massachusetts Sen. Elizabeth Warren have proposed a “bill of rights” for essential workers that includes ensuring that they have personal protective equipment at no cost, access to health care and are paid a livable wage.

China is buying a lot of U.S. sorghum and trade is starting to look like more like what it’s supposed to, National Sorghum Producers CEO Tim Lust tells Agri-Pulse.

Chinese purchases have been on the rise, and the latest USDA weekly report shows importers from the country purchased 306,000 metric tons during the week beginning Apr. 17. U.S. exports to China for the same week totaled 200,200 metric tons.

“I think this is more in line with what normal could and should look like,” said Lust, who stressed the importance of China lifting tariffs for the country’s importers. A lack of competition from Australian exporters is also helping, he said.

Also take note: China is not letting up on its imports of U.S. beef. Chinese buyers bought another 1,000 metric tons Apr. 17-23. Compared to some other buyers, it’s a relatively small amount, but U.S. producers are still in the early stages of making inroads to the country’s growing market after major trade restrictions were removed in the “phase one” deal.

He said it. “It is very much ‘game on’ for large food companies and retailers, as the world tilts in their favor for the first time in many years. It may be a bit of a ‘false dawn’ for these guys, but all our new shopping habits and other behavioral changes are likely to become stickier and more entrenched the longer this situation continues and the recession bites.” - Rabobank analyst Nicholas Fereday, writing about how the shift from eating out to eating at home could be long-lasting.