Cora Heacox now works for Germains Seed Technology, located in Gilroy, Calif., as the new senior sales coordinator for the North America horticultural commercial team. She brings 35 years of experience in the seed industry. She most recently worked as the customer service manager at Seed Dynamics Inc. 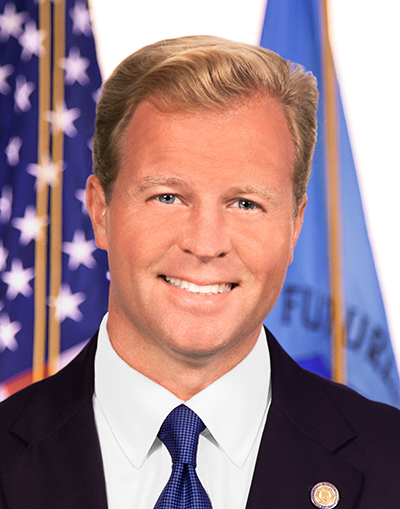 J.B. Penn has retired after working over five decades in the agriculture industry, the last 14 years at John Deere. He joined the company in 2006 as its chief economist. Before that, Penn served as a USDA undersecretary for farm and foreign agricultural services. Earlier, he worked in various roles at USDA, including senior staff economist for the President's Council of Economic Advisers. He plans to head back to his home state of Arkansas in retirement.

Brian Quintenz has decided to not to seek renomination as a commissioner of the Commodity Futures Trading Commission. Quintenz’s five-year statutory term as commissioner expires this month, and he says he wishes to pursue “new challenges and opportunities.” Before being appointed to the commission, Quintenz worked for Merrill Lynch and also on Capitol Hill.

Wayne Maloney has retired from USDA, where he served as the deputy director in the office of external affairs at Rural Development. Maloney has worked for USDA since 2002, and before that he worked on Capitol Hill for Sen. Ted Stevens, R-Alaska. Maloney said he hopes to do some private sector work, but for this summer he is focused on growing the best garden and cutting lots of firewood.

Scott Hutchins’ nomination to be undersecretary of agriculture for research, education, and economics has been sent to the Senate for confirmation.

J. Scott Angle has accepted the position of vice president of the College of Agriculture and Life Sciences at the University of Florida, effective July 13. Angle currently serves as director of USDA’s National Institute of Food and Agriculture and has more than 35 years' experience in agricultural science and administration. Before joining NIFA, he served 25 years as the director of the Maryland Agricultural Experiment Station and Maryland Cooperative Extension. He will succeed Jack Payne, who will retire July 1 after serving nearly 10 years in that position.

Molly O’Connor has left OFW Law, where she worked as a senior policy adviser. In her seven years at the firm, she covered a variety of agricultural issues including biotechnology, forestry, pet food, livestock, meat processing/packaging, international trade, and international food aid policy issues. She is heading to CropLife America as the new director of federal government relations.

Kincannon & Reed welcomed Jimmy Paulakuhn to its team as the new managing director. He will focus on talent acquisition needs of its animal agriculture clients. Paulakuhn previously served as the director of commercial poultry operations at Pfizer and spent two years as Zoetis’s national sales director for U.S. poultry.

Jamieson Greer has left the Office of the U.S. Trade Representative, where he served as the chief of staff to Robert Lighthizer. He has taken a new job with King & Spalding where he will be a partner and plans to register as a lobbyist.

Lillie Brady has left her position at USDA as director of intergovernmental and external affairs. She accepted a new position with Corteva AgriScience’s government affairs team as a governmental affairs associate.

Elsa Murano has been selected to serve on the newly formed Food Security of the Americas Advisory Council to help address food supply issues caused by the COVID-19 pandemic. Earlier in her career, Murano served as the undersecretary for food safety at USDA. She is a member of the board of directors for Hormel Foods, and also served as Texas A&M University’s first female and first Hispanic-American president. She is currently the director of the Norman Borlaug Institute for International Agriculture at Texas A&M University.