Anti-biotech activists and sentiment are entrenched throughout Africa, but U.S. farm groups and businesses are hoping a free-trade agreement with Kenya will help the country break through its GMO barriers and provide an example to other nations of what the science can do for farmers and food security.

The U.S., home to an agriculture sector that heavily depends on biotechnology to produce soybeans, corn, cotton and sugar, announced on March 18 that it would begin negotiating an FTA with the East African country that still bans the technology despite a growing interest in using it.

Many African countries still look to Europe, with its open distrust of genetically modified food, as a policy role model, but desires to use biotechnology are gaining ground in countries like Ethiopia and Kenya.

And Kenya, for its part, appears ready to take on the role. Scientists there have been developing genetically modified crops to fight off disease, pests and survive drought conditions for years, but the ban and the strength of activists have been holding the country back.

Biotech advocates are now hoping that will all soon change as the East African country draws closer to cementing new ties with the U.S.

“We certainly expect to see a lifting of the ban,” said Andrew Conner, senior manager for international affairs at the Biotechnology Innovation Organization.

A full acceptance of biotechnology and a modern system to approve biotech crop traits would protect Kenya’s farmers from pests and bolster food supplies in a country that still accepts international aid, say U.S. industry and government officials.

The country is already on its way. Kenyan farmers are for the first time ever planting Bt cotton this year as the country hopes to save its textile industry.

Bayer Science and the Kenya Agricultural & Livestock Research Organization (KALRO) developed the cotton — which is resistant to the African bollworm — that is going into the field from March through April.

“Cotton is a commercial venture there and they just recently approved Bt cotton, and it's gone into the hands of about 1,000 farmers in Kenya,” said John McMurdy, director of emerging markets & development partnerships for CropLife International. 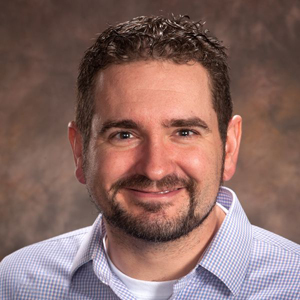 But Kenya’s ban on imports of genetically engineered ag food and seeds remains in place.

When the United Nations' World Food Programme wants to deliver food aid to Kenya, it cannot include the popular humanitarian assistance of corn-soy blend because it contains GMO’s, say officials with USDA’s Foreign Agricultural Service in Nairobi. The WFP cannot even use Kenya’s major port of Mombasa to transport the GE products to inland East African countries without ocean access.

“With an estimated 2 million people dependent on food assistance in Kenya in 2019, the ban on food aid containing GE products continues to put those already acutely food insecure at even greater risk,” according to an analysis by the U.S. Grains Council, National Corn Growers Association and Corn Refiners Association that was submitted to the USTR. “Unrestricted transshipment of food and feed corn products through Kenya should be a prerequisite to conclusion of an FTA.”

Anyone caught breaking the ban faces a $230,000 fine or 10 years in prison, according to the FAS officials in Nairobi.

The ban was put in place eight years ago by Kenyan Health Minister Beth Mugo after reading a debunked study showing GE food caused cancer in rats. Mugo left office in 2012, but the ban remains in place, even as the country’s research into biotechnology continues.

Perhaps the most needed biotech trait is the one that helps corn ward off the fall armyworm, a caterpillar-like bug with a voracious appetite that has spread across much of Africa. Years ago, the Kenya Agricultural & Livestock Research Organization, together with the African Agricultural Technology Foundation, International Maize and Wheat Improvement Center and Bayer developed a corn to survive the armyworm. It could be commercialized immediately if the ban were removed, said McMurdy, although much more advanced technology has since developed while the Kenyan product has idled for years.

“If there was clarity on how to get those products approved, there really is a lot of stuff ready to go now, starting with corn products that will help Kenyan farmers deal with major issues,” he said.

The situation is made even more dire by the fact that Kenya’s population of 50 million is expanding rapidly, but the country does not produce or import nearly enough corn or feed, and the situation is deteriorating, according to the USGC-NCGA-CRA analysis.

Drought and massive locust swarms have only made the situation worse, and the country needs to lift its ban, which is also the country’s leading trade barrier, the U.S. corn groups say.

And it’s not just Kenya that would benefit. The country has the opportunity to pave the way for other African countries to shed their own barriers to planting and importing biotech crops. While some African countries, including Ethiopia, are already accepting the technology, others, such as Angola, are not. Many are in various stages of creating regulatory frameworks to potentially allow approvals.

“This trade agreement is an opportunity to really create processes that can better enable biotechnology to be deployed where its most needed,” said BIO’s Conner. “There are certainly challenges across the continent and … we are looking at this with the intent of creating a type of model that can be replicated elsewhere.”