Christa Lachenmayr, a senior agricultural economist at the Commodity Futures Trading Commission, has been appointed the commission’s liaison to the Department of Agriculture. She holds degrees from the University of Wisconsin and American University and works in CFTC’s Division of Market Oversight, with responsibility to analyze new futures contracts and compliance with the Commodity Exchange Act. CFTC also announced the hiring of Darryl Blakey as an associate director in the Office of Legislative and Intergovernmental Affairs. Blakey most recently handled market regulatory issues for the National Cattlemen’s Beef Association.To read more about the hires, click here. 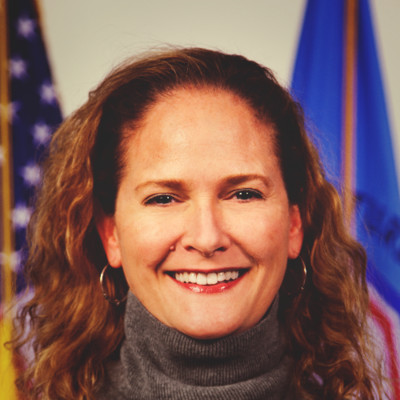 Swen Neufeldt has been named group vice president and president of Hormel Foods International Corp., succeeding Larry Vorpahl, who announced his retirement after 34 years with the company. Vorpahl joined Hormel Foods in 1986 and held several senior-level positions in product management, marketing and sales during his career. Neufeldt previously served as the vice president of meat product and marketing at Hormel’s refrigerated foods division. He started his career with Hormel Foods in grocery products sales and product management.

Wisconsin Governor Tony Evers has appointed Randy Romanski as the state’s new secretary of agriculture. Romanski has been in the position on an interim basis since November, after Brad Pfaff was fired by the state senate. Pfaff is now running for the state Senate.

Carrie Vicenta Meadows is settling into her role as the new agricultural adviser to Administrator Andrew Wheeler at the Environmental Protection Agency. She succeeds Tate Bennett, who is now the special assistant to President Donald Trump for agriculture and agricultural trade. Vicenta Meadows previously served as the chief of staff to Rep. Dan Newhouse, R-Wash.

The World Food Program USA has added Sandra Lee to its board of directors to help increase awareness and fundraising for WFP. Lee has been a lifelong humanitarian and activist, first beginning her fight against hunger in 1985 after witnessing poverty and hunger on a trip to the Africa. WFP also added Molly Finn, current chief compliance officer for eBay, to its board of directors to help support WFP USA’s advocacy and fundraising on behalf of the United Nations World Food Programme (WFP).

Anna Dilger, associate professor at the department of animal sciences at the University of Illinois, was tapped to serve as the president-elect for 2020-2021 for the Council for Agricultural Science and Technology (CAST). Dilger has been active on the CAST Board of Representatives since 2014 and currently serves as the vice-chair of the Food Work Group. 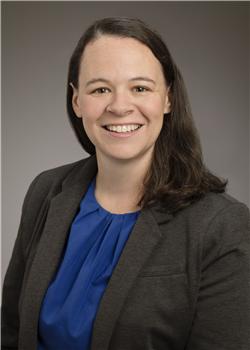 Tom Wise now is a senior advisor for the Institute for Agriculture and Trade Policy, focusing on fair and sustainable food systems. Wise is a senior research fellow at Tufts University. IATP is located in Minneapolis, but Wise will continue to work from Massachusetts and keep his position at Tufts.

The Food Industry Association has appointed Krystal Register to lead health and well-being initiatives for the association. She will also serve as the issue expert on all health and well-being and nutrition policy, operations, and communication issues for FMI members. Register has been a long-time Wegmans Food Markets retail dietitian.

The Equitable Food Initiative has promoted Kenton Harmer to the new position of managing director. Harmer has served as EFI's director of certification and impact since 2013, working to build relationships that allowed EFI to certify fresh produce farms for industry best practices.

Almark Foods has selected Rick Anderson to be the new CEO, effectively immediately. Anderson was most recently the CEO of Gold Coast Bakeries and brings more than 20 years of experience in the food manufacturing industry.

DTN has added Grey Montgomery to its agriculture leadership team. Montgomery will serve as the vice president and managing director of content, overseeing the agriculture solutions, agriculture news, markets and weather insights to farmers and agribusinesses. Montgomery most recently served as the president of Farm Journal's data and research division.

Rusty Darby has been tapped as the new president of Southern Cotton Growers Inc. Darby is a South Carolina cotton producer and member of The Cotton Board.

Elizabeth White has been promoted to legislative aide for Rep. John Katko, R-N.Y., covering the animal welfare portfolio. She previously served as a legislative correspondent.

Past president of the National Farmers Union, George Stone, passed away on May 26. He was 101 years old. Stone served as the Oklahoma Farmers Union (OFU) president for 24 years and went on to serve as the National Farmers Union president from 1980-1984. He started his career as a Baptist minister. In 1952, he left the ministry after suffering a throat condition which made it difficult to preach. He went on to join the OFU and became increasingly active in the organization, holding various leadership roles. He lobbied at the state and national level and testified before various Senate and House Agriculture panels for beneficial farm programs and equal treatment for farm families. After he retired in 1984, he and his wife purchased a working farm near Stratford, Okla., just a few miles from where he grew up, and settled in to raise cattle, sheep, Bermuda sprigs, hay and peaches.