Sec. Ross: Relief must be accessible to all farmers

In an opinion piece for Agri-Pulse on Friday, CDFA Secretary Karen Ross said more help and a new approach are needed for small-scale farmers—as well as beginning, urban and underserved farmers. If these farmers go out of business, so do farmers markets, she argued.

Ross pointed to challenges with the CARES Act and hope in the proposed Farming to Support States Act, which the state departments of agriculture support. She mentioned how rural regions have yet to recover from the last recession. The proposed fourth phase of aid would benefit rural recovery by tapping into cooperative extension resources and economic development tools, like workforce development and mental health services.

“[The act would] provide a crucial extra measure of support for our food supply and begin true economic recovery for communities still reeling for more than a decade,” she writes.

Read the full article at Agri-Pulse.com. 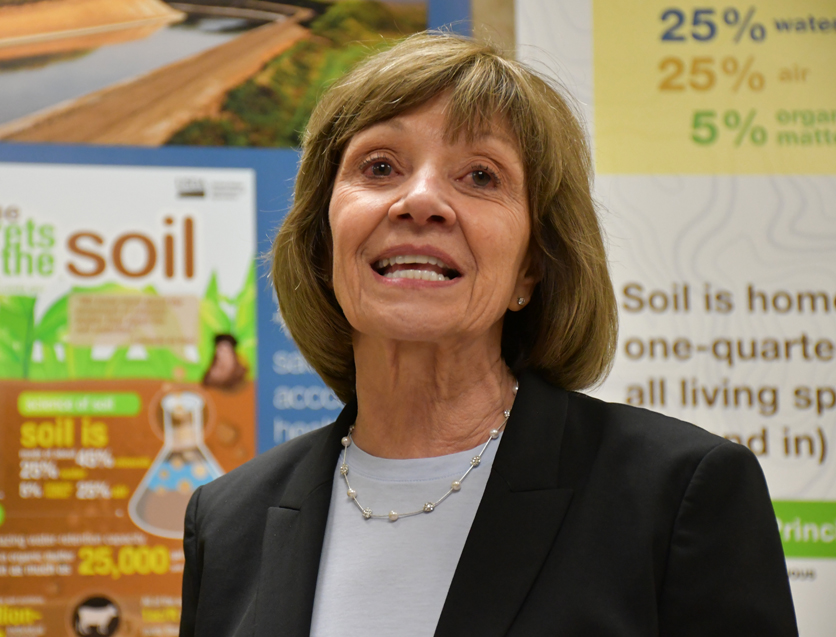 Could sports betting be a lifeline for state fairs?

During a budget hearing Friday, state senators again raised concerns over long-term funding for fairs. The venues are down an estimated $98 million in lost business due to the pandemic. The budget will likely include $40 million to cover basic liabilities for layoffs at state-affiliated fairs.

“The plan, as I understand it, is that all the managers are immediately fired from all the 77 fairs, and over the next six months, we're going to get rid of all the employees,” said Sen. Bob Wieckowski of Fremont.

He asked how the Newsom administration plans to activate fairs as staging grounds for wildfires and other emergencies. According to the Department of Finance, the governor and lawmakers are still in discussion over what the state’s relationship to fairs will look like.

Wieckowski pointed out that the two branches are also discussing separate legislation to allow legal wagers on sports games. He said that “the administration or the authors specifically are not allowing fairs to take bets on sports games, which might help them.”

Keep in mind: Revenue for fairs used to be driven by the horse racing industry.

The Senate has key votes scheduled this evening on the Great American Outdoors Act, a landmark lands conservation bill that is opposed by groups representing cattle and sheep producers.

Despite that opposition, preliminary votes on the measure last week have shown that it has more than enough votes to pass. The bill would provide permanent funding of $900 million per year for the Land and Water Conservation Fund, a portion of which is used to pay for federal land acquisitions.

The Senate is scheduled to vote this evening to insert the bill text into a House-passed measure that is serving as the legislative vehicle. The measure still needs House approval before it heads to the White House for President Trump’s signature.

For more about this week’s ag policy agenda, be sure and read this week’s Washington Week Ahead. 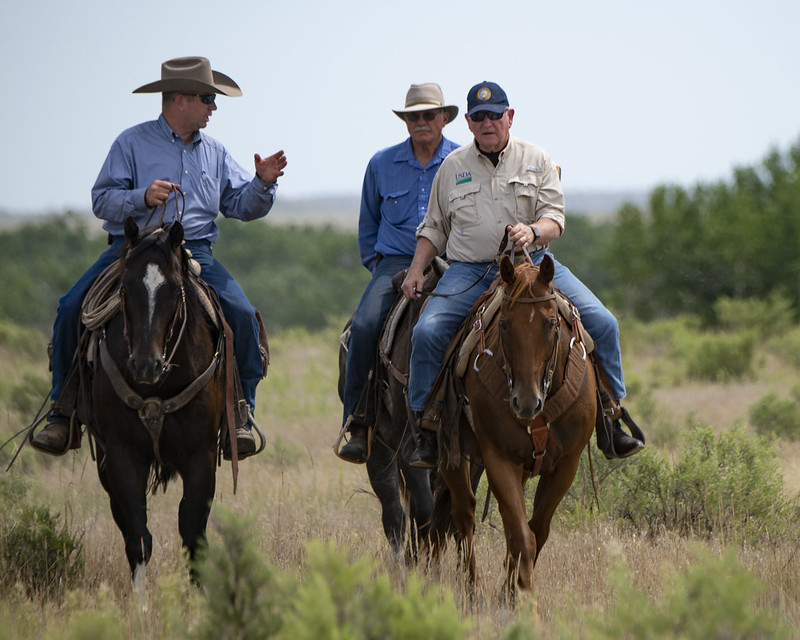 Even as the Senate is considering the lands bill, Agriculture Secretary Sonny Perdue is looking to ease the way for grazing and energy development on land controlled by the Forest Service, including national grasslands.

A memorandum issued by Perdue orders the Forest Service to make clear in forest plans that “grazing and support for grazing on the national grasslands is essential for their management.”

The Forest Service also is required to streamline renewal of range permits and range improvements and to make it easier for USFS employees to work with ranching families.

Take note: The Forest Service manages 3.8 million acres of national grasslands across 12 western states. Most of the land is on the Great Plains. 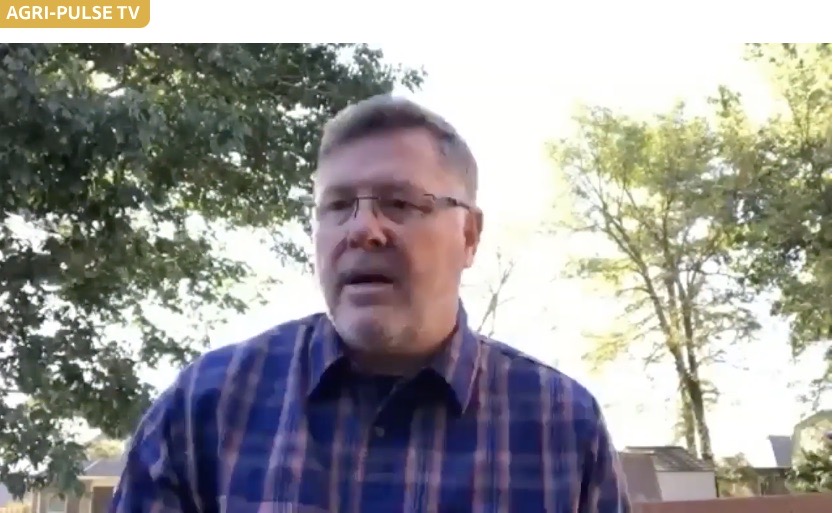 Key lawmaker: Too early to know what farmers need

A senior Republican on the House Agriculture Committee tells Agri-Pulse he thinks it’s premature to determine what farmers will need in a second round of direct payments this year.

"I’m not sure we’re going to know until we get closer to harvest time, and then we’re going to have to work fast,” says Arkansas Rep. Rick Crawford, one of three candidates to succeed Mike Conaway as the Ag committee’s top Republican.

Waiting until later this year to design a second round of assistance will ensure that it better reflects the needs of various commodity sectors, Crawford says.

We have a pair of interviews with Crawford at Agri-Pulse.com, our Washington Week in Review and another for this week’s Agri-Pulse Open Mic.

US apple exports to rise on bumper crop

U.S. apple farmers will be reaping the reward of ideal growing weather in Washington, boosting production and exports, according to a new USDA report. Production this year is expected to climb by 300,000 tons to reach 4.8 million tons.

“Higher and good quality supplies are expected to boost exports over 100,000 tons to 860,000, especially to top markets Mexico and Canada,” USDA’s Foreign Agricultural Service says in a new report.

One country that won’t likely be a target for more U.S. apples is China. Chinese farmers are also expected to have a bumper crop this year – increasing production by 8 million tons – and the country is expected to export more to Bangladesh, Vietnam, and Thailand.

The last strike by fruit packing workers in the Yakima Valley has been settled, with Columbia Reach Pack agreeing to provide personal protective equipment for free.

The company also said it would not retaliate against workers, according to the Yakima Herald-Republic. The agreement is the last one reached to resolve a series of strikes throughout the valley. Workers at Allan Bros., Matson Fruit and Monson Fruit also signed agreements.

In addition, “Frosty Packing employees returned to work after the company offered a bonus program,” the newspaper reported. “Most of the employees who participated in a strike in Hansen Fruit also returned to work.”

There is continued uncertainty this week surrounding the use of dicamba herbicide. The Ninth U.S. Circuit Court of Appeals wants to know by Tuesday why EPA decided to allow continued over-the-top use of dicamba on soybeans and cotton despite the court’s order vacating those registrations.

On Friday, the court ordered EPA to respond by Tuesday to the petitioner groups’ request to enforce the court’s June 3 order. The petitioners then have until Thursday to file their reply.
Also Friday, BASF, maker of Engenia, and Corteva, maker of FeXapan, moved to intervene in the Ninth Circuit. Bayer (Xtendimax) intervened a year ago.

On June 8, EPA issued a cancellation order for the three herbicides, allowing continued use of existing stocks by applicators and growers through July 31, prompting the petitioners’ emergency motion on June 11.

"We have limited resources. We’ve already added another $2 trillion to our national debt. Let’s just show some restraint and make this [next round of aid] a little more targeted.”—Rep. Rick Crawford, R-Ark

Karen Ross: Ag is ‘not as diverse as it could be’
Karen Ross: Undocumented farmworkers must get legal status