Before the stay-at-home order canceled events, fairs in California were already struggling under slim profit margins. A budget relief measure proposed by the governor would help some fairs in covering the costs for staff layoffs. But it would only apply to those under state affiliation and leave county fairs without a lifeline.

The state has increasingly relied on the network of 77 fairgrounds throughout California for staging emergency operations and housing evacuees during wildfires and other natural disasters. Instead of preparing for an expected above-average wildfire season this year, fairs are now planning for bankruptcy and closure.

“Fairs in California are in a situation like no other,” explained Sarah Cummings, CEO of the Western Fairs Association and the California Fairs Alliance. “About 10 years ago, the California fair industry hit what they thought was the worst crisis they could ever face with the loss of funding.”

Fairs had been partnering with the horse racing industry to drive revenues. As interest in horse racing dwindled, fairs shifted to be more aligned with the state, since many fairgrounds were state property and many employees were civil servants. This led to two years of funding at about $32 million annually from the General Fund through CDFA.

Following the Great Recession and austerity measures by then-Gov. Jerry Brown, fairs were cut off from the budget and forced to be completely self-funded, largely through events, which led to lean budgets. Fairs in urban regions, such as CalExpo in Sacramento, have been able to host a variety of events. Rural fairs often rely on limited staff and aging buildings and other infrastructure, while also acting as a hub for social gatherings among the local community.

As a result of the COVID-19 pandemic, the Department of Finance has projected fairs to lose $98 million in revenue between March and June. With little to no reserves, fairs have had to immediately lay off staff. The state-affiliated fairs, 53 in total, are laying off civil service employees, which creates a liability for the state.

Closing all fairs would lead to an estimated $200 million in liability to the state as a baseline figure, according to Cummings. The economic impacts to state and local economies are far worse. Fairs annually contribute more than $2.5 billion in indirect economic benefits, as well as $200 million in tax revenue for local and state governments.

“The elimination of social gatherings put an immediate halt to all business activity on fairgrounds, which has absolutely crippled our industry – not only the fairgrounds themselves, but all of our business partners that service fairgrounds,” said Cummings.

Many of the members in her associations have been sharing stories with her of layoffs, early retirements and potential closures. At the same time, fairgrounds have been deemed essential infrastructure during the pandemic and have served as command centers for state emergency services as well as for the Federal Emergency Management Agency (FEMA) and auxiliary sites for hospitals treating a surge of COVID-19 patients.

“So fairgrounds have been asked to step up and serve, but without revenue in return,” said Cummings.

In response, Gov. Gavin Newsom and his administration added $40 million in taxpayer support for state fairs to the May Revision of his budget proposal. This is expected to cover some of the legally mandated costs, such as salaries, payout of leave balances and unemployment insurance. The administration also promises to work with fairs and local governments on other options due to the lack of funding available in the budget.

The aim is to supply emergency support while the administration and Legislature address the much more challenging situation of the state’s relationship in funding fairs and “designing a new system” to continue to use the fairs for emergency operations, according to CDFA Secretary Karen Ross. 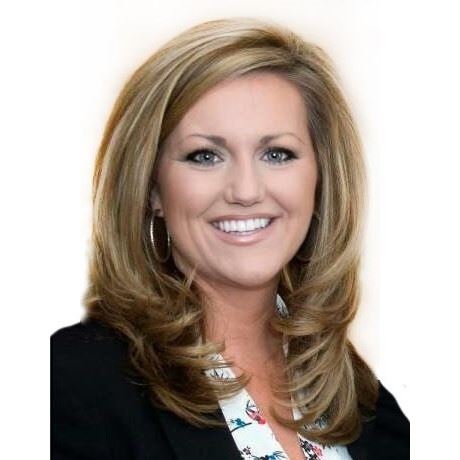 Sarah Cummings, CEO of the Western Fairs Association and the California Fairs Alliance

“We will be working with a network of fairs, with the legislature and with all of our stakeholders to really realign the state relationship with the state fairs and what their funding position will be going forward,” said Ross in a press call on the budget.

While fair associations appreciate the $40 million during such a time of belt tightening, they fear for the county fairs left out of the picture, according to Louie Brown, an attorney for Kahn, Soares and Conway representing the California Fairs Alliance. Brown testified at a Senate budget hearing that was scheduled on Sunday to make up for lost time.

“We're entering fire season,” said Brown. “(The CalFire department) doesn't ask if it's a county fair or a state agency fair when they need those properties for a basecamp.”

Many of those county fairs function as nonprofit organizations and have had the same relationship with the state when it comes to the overall statewide network, according to Cummings.

The January proposal had also included $225 million to construct and retrofit facilities at fairgrounds and other locations as “community resilience centers” for wildfires. Another $500 million for hardening infrastructure in low-income areas would have supported emergency shelters at fairgrounds as well.

While the administration pulled a proposal for a climate resilience bond supporting, among many things, such infrastructure initiatives, the Legislature is still considering two bills proposing even larger bonds for the November ballot. AB 3256, for one, proposes $100 million for these modifications and upgrades, along with improving broadband access at fairgrounds.

Fair advocates are hopeful that the many initiatives proposed to support fairs at the start of the year are a testament to the need going forward. Still, there is a great deal of uncertainty as the recession deepens and the state grapples with multiple years of budget cuts ahead.

“There's so much more that could be done to support us as an industry,” said Cummings. “We've got, I would estimate, nearly 600 state civil service employees, and nobody even knows what their future entails right now.”