U.S. District Judge Philip Brimmer has scheduled a 10-day trial to start Aug. 1 in the criminal case, in which the defendants are accused of rigging bids and fixing prices between 2012 and 2017. Pilgrim’s CEO Jayson Penn is taking a paid leave of absence to focus on his defense, the company announced, days after Tyson Foods said it was cooperating with the government.

In a statement, Tyson said it had been cooperating fully with the Justice Department and had “uncovered information” in connection with the investigation, “which we immediately self-reported to the DOJ.”

Tyson’s cooperation supports its application for leniency to the Justice Department, which is available to the first conspirator to confess participation in an antitrust crime. If DOJ formally grants leniency, “neither the company nor any of its employees will face criminal fines, jail time or prosecution,” the company said.

Tyson also said it had taken “appropriate actions to address the internal issues.”

To University of Wisconsin-Madison Law School antitrust expert Peter Carstensen, the Tyson move is further confirmation that there’s probably more to the picture than meets the eye.

Major meat companies that together control much of the market in beef, pork and poultry are facing civil antitrust complaints involving similar allegations, including claims of reducing production deliberately to keep prices high.

“With the indictment, and with Tyson being revealed as wanting amnesty and therefore providing a lot of information, I wonder if this goes over to the pork case as well because it’s the same underlying set of puzzles,” Carstensen said. “There’s a lot going on here.” 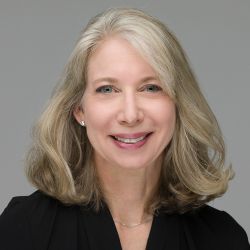 The existence of the beef and pork cases might make Tyson more likely to try to settle the poultry civil case, he said, because “They’re looking at a lot of potential liability.”

The criminal indictment also has ratcheted up the stakes for the meat industry as a whole, in light of the government’s reported request for information from the “big four” meatpackers — Tyson, JBS, National Beef and Cargill. Capitol Hill lawmakers and state attorneys general from 11 states also are calling for the government to probe price-fixing in the beef industry.

But the indictment also has shined a light on consolidation in the meat sector, where a handful of companies control the lion’s share of the market.

“I think what we’re finally seeing is — to use a bad pun — that the chickens are coming home to roost with price-fixing cases in proteins,” said Diana Moss, president of the American Antitrust Institute, which was founded in 1998 “to provide a counterpoint to conservative influence in antitrust enforcement and competition policy.”

“The harms to consumers and producers that are alleged in the private cases in chicken and beef have generated enough concern to trigger federal antitrust investigations,” Moss said.

“It’s good that the feds are looking into this,” she said. “What we should have had years ago was much stronger antitrust enforcement to prevent the concentration that we see now.”

Some in Congress, including many of the Democrats who sought the party's nomination for president, have pushed for a moratorium on mergers, but Moss says, “because there have been so many mergers already, merger control is now a less useful tool for maintaining competition in markets."

National Farmers Union President Rob Larew, commenting on the poultry indictment, called price fixing “only a symptom of the much bigger problem of corporate consolidation.” In the poultry industry, “just five companies control 60 percent of the chicken market in the United States,” he said, adding, “There’s a way to avoid this kind of behavior altogether: enforce antitrust policy; restore competition in the agricultural marketplace; reinstate the Grain Inspection, Packers and Stockyards Administration; and develop strong protections for farmers.”

Ike Brannon, president of Capital Policy Analytics, a consulting firm that does research on issues related to public policy and financial markets, said he thinks “there’s a newfound belief that we need to do more about not just price-fixing but about antitrust in general. My 20,000-foot reaction — expect DOJ and [the Federal Trade Commission] to do more about things that smack of price collusion or antitrust.”

“I could definitely see a second-term Trump administration or a Biden administration saying that the scale and the market concentration in the meat industry in general isn’t working for Americans, and we need to do something about it, especially at a time when people are buying a lot more food at home and they’re probably a lot more aware of grocery prices,” Brannon said.

Some experts don’t see a big connection between mergers and price fixing. “There can be price-fixing even in a national market that would not be effectively regulated by merger controls,” says Walter Olson, a senior fellow at the Cato Institute’s Robert A. Levy Center for Constitutional Studies.

“Likewise, the defense of mergers is often that they enable smaller competitors to compete more effectively against large ones,” he says. “It’s by no means clear,” he adds, that simply stopping mergers “is necessarily going to make a market more competitive.”

In the poultry case, he says, “It doesn’t sound as if there is monopoly pricing that is succeeding in getting very much change in prices. It sounds as if the allegations are that they were trying to achieve fairly small changes in what was still a pretty cutthroat market.”

“If I were betting on where the antitrust exposure might lie for this industry, I would say relations with producers, because you might have more interesting and difficult antitrust compliance issues going on there,” Olson says. A case brought by Kentucky contract farmers against Tyson is pending in federal court in Kentucky. 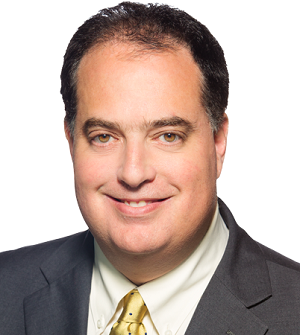 Daren Bakst, a senior research fellow in agricultural policy at the Heritage Foundation, says the federal meat inspection system has had a role in creating the current structure of the meat industry by limiting options for producers.

Allowing state facilities to sell interstate and allowing custom slaughterhouses to sell within their states “would create more options for farmers and consumers,” Bakst says.

He points to two bills in Congress that support those goals — the PRIME Act introduced by Reps. Thomas Massie, R-Ky., and Chellie Pingree, D-Maine, which would allow custom slaughterhouses to sell meat intrastate, and the New Markets for State-Inspected Meat and Poultry Act introduced by Sen. Mike Rounds, R-S.D.

“I think you would see an impact,” Bakst says. “I don’t presume to know the extent of that impact,” but making these changes “could open big markets” for producers.