Candidates get detailed on farm policy in bid for rural votes

Most of the top candidates, in some form or another, are promising to slow or reverse consolidation in agribusiness. They also are pledging to use farm bill conservation programs to curb climate change while avoiding any proposals to regulate greenhouse gas emissions from agriculture.

The candidates not only have addressed farm issues “in a very serious way with their position papers," but they also have made “a real effort to come to rural Iowa and to connect with rural Iowans on the issues,” said Aaron Lehman, president of the Iowa Farmers Union.

Nationally, Biden, Sanders and Warren are leading the race, followed by former New York Mayor Mike Bloomberg and Buttigieg. Bloomberg has largely skipped the Iowa race and has said little about his farm policy positions. 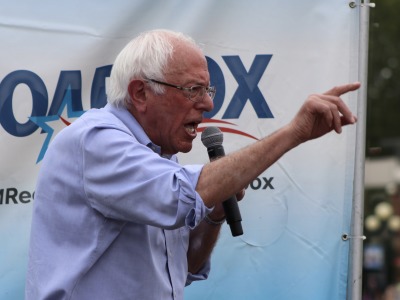 Biden and Buttigieg have said little about commodity programs but have promised to crack down on industry consolidation. Buttigieg is challenging biotech giants by proposing to allow farmers to replant seeds they produce from patented traits.

Glauber says the unusual level of detail in the candidates’ rural policy plans may be a reaction to Warren, whose campaign is built on having detailed plans for a broad array of issues.

All five of the top candidates want to use USDA conservation programs to combat climate change by paying farmers for practices that keep carbon in the ground and reduce emissions.

President Donald Trump’s budgets have repeatedly proposed deep cuts to crop insurance and tighter payment limits on subsidies, but his administration made no effort to get the ideas included in the 2018 farm bill he ultimately signed into law, and Trump hasn’t personally pushed the proposals either.

After the 2014 vote, Warren said she couldn’t support the bill because of cuts made to the Supplemental Nutrition Assistance Program.

“I know many of my colleagues worked hard to reach an agreement on this bill and I appreciate their efforts, but with far too many Americans still out of work, now is not the time to make it harder for our struggling friends and neighbors to eat,” she said in a statement.

Klobuchar and Sanders were both in the Senate in 2008 and voted for the final version of that farm bill, too.

Here is a look at the positions taken by the five Democratic candidates who are leading in Iowa:

As vice president, Biden seldom got involved directly in farm policy, and he hasn’t indicated during the campaign that he would support changes to commodity programs. 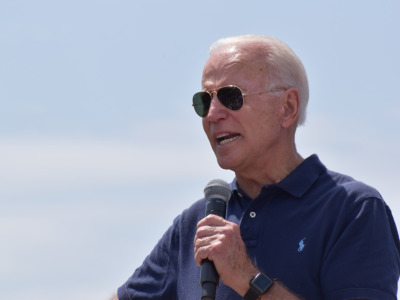 But he has the endorsement of former Agriculture Secretary Tom Vilsack, and during a campaign stop in western Iowa with him in December, Biden praised the productivity of the state’s farmers and said they aren’t looking for a “payoff" from the government.

“No one in the whole world has ever produced as much food and fiber with such alacrity,” Biden said, according to a local news account.

Like the other candidates, he promises to take action to curb market concentration in agribusiness. "The Biden Administration will protect small and medium-sized farmers and producers by strengthening enforcement of the Sherman and Clayton Antitrust Acts and the Packers and Stockyards Act,” his plan says.

To address climate change, his plan would “dramatically expand and fortify the pioneering Conservation Stewardship Program" to provide payments to farmers for carbon sequestration.

He has no legislative record and has generally steered away from addressing commodity policy. But he talks on the campaign trail about the economic challenges facing farmers and his rural plan includes several proposals to address market concentration, including taking on biotech companies.

“Farmers are being squeezed by all sides, squeezed by consolidation, giving folks fewer and fewer places to buy from or to sell to,” Buttigieg said at an Iowa Farmers Union forum in December.

He also would require the Justice Department to conduct post-merger reviews on a regular basis, and Buttigieg would authorize an investigation of the impact of recent mergers on the seed market.

In a jab at the biotech seed giants, Buttigieg is proposing to revise patent law to allow farms to replant seeds grown on their farms. There would be an acreage limit on plantings, and farmers would be prohibited from selling the seeds.

During the campaign she has chafed at proposals by her rivals that she considers unrealistic.

Since joining the Senate in 2007, she has been active on the Senate Agriculture Committee and has been a vocal advocate for her state’s biofuels industry.

Now, she has proposals to index commodity program rates to reflect market changes, and she wants to increase average premium subsidies for crop insurance. 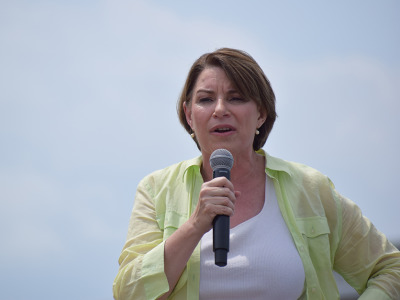 Her farm policy plan calls for tightening payment limits as well as indexing commodity program rates and increasing crop insurance subsidies. “As President, she will work to ensure payments are directed toward those who need them most, including small and family-owned farms,” her plan says.

She also wants to “fully fund” permanent disaster programs and promises to appoint a special commission to study the economic problems facing many dairy producers.

To address market concentration, she says her administration will investigate mergers to “assess whether the integration of services insulate agricultural corporations from competition.” USDA would be required to publish information on concentration in agricultural markets and would be given a role in reviewing future mergers, she says.

Her proposals for using USDA to address climate change are generally more modest than her rivals. But her ideas include spending more on research and Conservation Innovation Grants to find the best ways of increasing soil carbon.

His rural policy proposals include establishing a national grain reserve and other supply management programs “to prevent shortages and surpluses to ensure farmers make a living wage and ensure consumers receive a high-quality, stable, and secure supply of agricultural goods.” He also wants to enact a “comprehensive disaster coverage” program.

He has promised to break up agribusiness giants and impose a moratorium on future mergers, and he would reestablish GIPSA. He also wants a national “right-to-repair” law that would ensure farmers can repair or modify equipment without having to use an authorized dealer.

An overarching goal of Sanders, however, is to move toward paying farmers to reduce greenhouse gas emissions.

He wants to move USDA “away from supporting agribusiness and factory farming to supporting family-based agriculture and moving aggressively on climate change. What we will do is pay farmers to capture carbon,” he said at the Iowa event.

Citing New Deal farm policies, Warren has proposed to boost commodity prices by taking land out of production and raising USDA’s marketing loan rates to ensure that farmers can cover their production costs. She claims her proposals would cost the government less than existing policy. 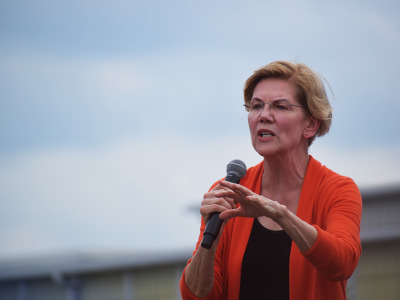 Loan rates serve as a floor under commodity prices since farmers can claim “loan deficiency payments,” or LDPs, from USDA when market prices fall below the rates. The existing loan rate for corn is $2.20 per bushel for corn. According to USDA data, the average total cost of producing corn over the past 10 years has been $3.96 a bushel.

Her rural policy proposals include a pledge to review and reverse existing mergers that she deems to be anticompetitive, and she also wants a national right-to-repair law. “My administration will bring vertical integration cases to break up integrated agribusinesses,” she says.

She also wants to weaken commodity checkoff programs by making participation by producers voluntary. The research and promotion programs are funded by fees that USDA can assess after a vote of the affected industry.

Her proposals to address climate change include plowing money into CSP, increasing its budget from $1 billion to $15 billion annually.