Western Growers has hired De Ann Davis as its senior vice president of science. Davis brings 25 years of experience in the development and execution of technical global programs, including food safety, quality assurance and regulatory compliance. She most recently served as food safety director for Commercial Food Sanitation, a provider of strategic consulting services, expertise and training that addresses food safety and sanitation challenges for food processing plants.

Del Monte Fresh Produce has promoted one of its longtime employees, Ana Cristina Fonseca, to the newly created role of vice president of product management. Fonseca has been with the company for the past 28 years, and in her new role will lead the product management team to help enhance supply-chain capabilities. This change comes as Scott Owens, an industry veteran who headed up Del Monte's the banana, pineapple and melon programs, left the company on June 10.

The California Department of Food and Agriculture (CDFA) Inspection and Compliance Branch has brought on Lina Nguyen as a senior environmental scientist specialist to help make sure farmers understand how to comply with the Produce Safety Rule (PSR) and can pass CDFA Produce Safety Program (PSP) inspections being conducted on their farms on behalf of the U.S. Food and Drug Administration. Before joining CDFA, she held positions in quality assurance/quality control at farms and other food facilities.

Colby Pereira has resigned from Costa Farms where she served in the role of manager since 2005. She is still active in the role of board president at the Monterey County Farm Bureau and a board member at the Grower Shipper Association of Central California.

Westfalia Fruit International Ltd. has selected Johnathan Sutton to fill the newly created role of executive of safety and environment for the multinational Group. Sutton will work with avocado experts to work toward goals of sustainability, and work to create protocols that ensure optimal levels of compliance with regard to environmental impact, food safety, and the health and safety of employees.

Julie Callahan has been tapped as the new assistant U.S. trade representative for agricultural affairs and commodity policy. She will work with Ambassador Gregg Doud to represent the interests of the U.S. ag sector around the globe. Callahan has been acting in this role since Sharon Bomer Lauritsen retired in April. Most recently, Callahan was a senior director in the USTR’s Agricultural Affairs Office, where she focused on the EU, U.K., Turkey and Eastern Europe. Callahan previously worked at the FDA and USDA’s Foreign Agricultural Service.

Barry Bushue, a longtime Oregon farmer and current state executive director of the USDA Farm Service Agency, has been appointed as the new state director of the Bureau of Land Management for Oregon and Washington. For nearly 20 years, Bushue was president of the Oregon Farm Bureau, advocating on behalf of farmers and ranchers statewide. He was also vice president of the American Farm Bureau Federation from 2008 to 2016. In his new role, Bushue will oversee management of 16.1 million acres stretching across the Pacific Northwest.

Soil scientist Dr. Rattan Lal has been selected as this year’s World Food Prize Laureate, receiving a $250,000 award for his work in promoting soils for sustainable development. Lal focused on techniques such as no-till, cover cropping, mulching and agroforestry, finding that these techniques protected the soil from elements, conserved water and returned nutrients, carbon and organic matter to the soil. The agricultural practices Lal cultivated are now at the heart of efforts to improve agriculture systems in the tropics and globally. To read more on Lal’s soil science career, click here. 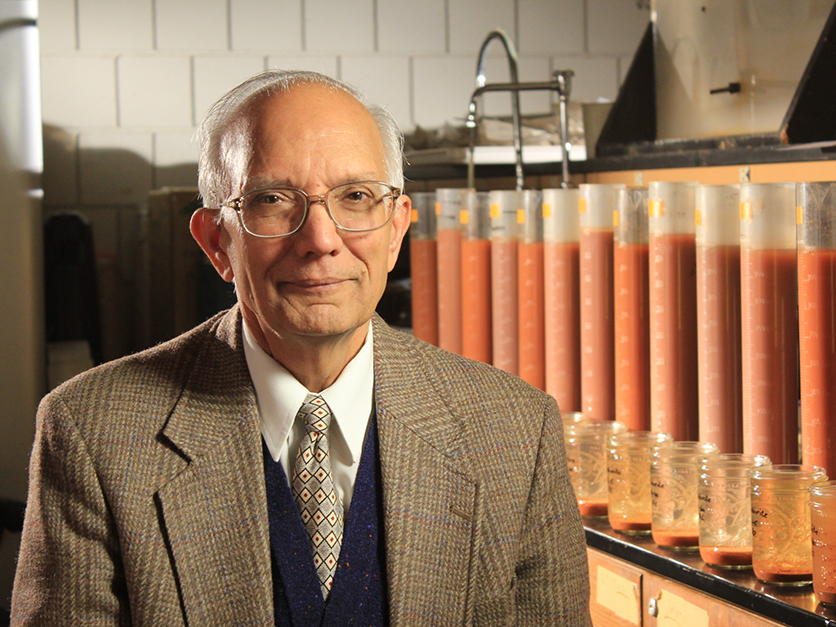 Blaine Jacobson will retire from the Idaho Wheat Commission at the end of June after 18 years as its executive director. Jacobson will be replaced by Casey Chumrau, formerly the South America marketing manager and market analyst for U.S. Wheat Associates. Chumrau joined the commission in January to begin the transition. Jacobson plans to remain involved in the industry, volunteering on task forces and advisory committees.

The World Food Program USA has named Rebecca Middleton, executive director at the Alliance to End Hunger, as the new vice president of public policy and advocacy, effective July 6. Middleton will drive advocacy initiatives, advance food security policy and legislation, and develop key partnerships and coalitions within the food security community for the program. Middleton joined the Alliance to End Hunger in 2013, first serving as its chief operating officer and then as executive director since 2016.

Gregory Angelo has joined the Office of National Drug Control Policy in the Executive Office of the President as the new press secretary. Angelo previously served in the office of Rep. Pete Olson, R-Texas, as the communications director.

Rob Burgess is now the communications director for Rep. Mike Garcia, R-Calif. He previously served as a political strategist for RedRock Strategies.

Sarah Frey, president and CEO of Frey Farms and founder of Tsamma Watermelon Juice and Sarah’s Home Grown, was the honoree and featured speaker at the Women in Produce LIVE! general session held Tuesday, June 16, during the United Fresh LIVE! Conference. Frey Farms specializes in growing, packing, and shipping fresh market produce, including pumpkins and watermelons. The United Fresh celebration of Women in Produce held each year recognizes the contributions of all women working in the produce industry and selects one individual to share her personal experience of service.