In a big win for farm groups, a federal judge has issued a permanent injunction barring the state of California from placing a cancer warning on Roundup products, determining it would be “misleading” to do so.

“The court’s initial conclusion remains the same,” the judge said in a decision Monday.

Notwithstanding the International Agency for Research on Cancer’s determination in 2015 that glyphosate is probably a human carcinogen, Shubb said “the statement that glyphosate is ‘known to the state of California to cause cancer’ is misleading. Every regulator of which the court is aware, with the sole exception of the IARC, has found that glyphosate does not cause cancer or that there is insufficient evidence to show that it does.”

IARC is part of the World Health Organization and is not a regulatory body.

Grower groups led by the National Association of Wheat Growers as well as Monsanto filed suit to block the warning label.

Why it matters: Prop 65 labeling could have further raised consumer concerns about glyphosate, and some extra-cautious companies are putting the warnings on products even if they aren’t intended for sale in California.

Monday was the deadline for producers of commodities that are ineligible for the Coronavirus Food  Assistance Program to make their case to USDA that they should share in the $16 billion in direct payments. The National Potato Council and National Bison Association were among the groups that filed appeals Monday.

The potato council told USDA the industry faces an “unprecedented crisis” due to the shutdown of food service, and the impact on growers could last well into 2021 “if aggressive actions aren’t taken.”

Some 1.5 billion pounds of fresh potatoes that were intended for processing “are trapped in the supply chain with no likely customers,” the council says. The council says it doesn’t appear USDA properly assessed the price impact on potatoes.

The National Bison Association told USDA prices dropped 37% for bison bulls and 25% for heifers during the January-April period USDA used to determine eligibility for CFAP.

Keep in mind: Producers that are currently eligible for CFAP payments are only receiving 80% of what they are due in part because USDA wanted to see how many additional commodities might be added to the program.

USDA has now distributed one-quarter of the $16 billion in CFAP payments. Livestock producers (cattle, hogs and sheep) continue to dominate the payments with just under $2 billion of the $4 billion that has been allocated so far, according to USDA’s latest weekly report.

Soybeans, corn, wheat, cotton and other row crops have received just over $1 billion. Dairy producers have received $895 million. The remaining $84 million has gone to growers of fruits, vegetables and other specialty crops.

Iowa farmers have received $424 million so far – nearly 11% of the total payments nationwide – and far more than producers in any other state. Wisconsin is second with $286 million in payments, the bulk of which have gone to dairy producers. 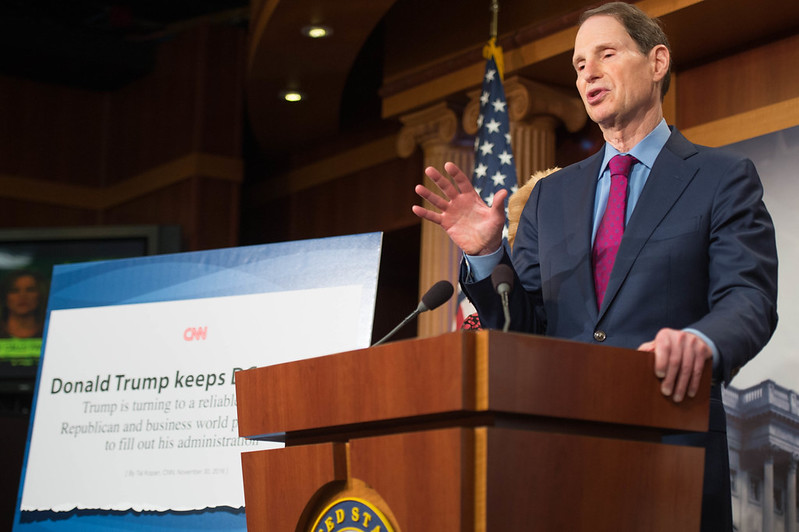 The U.S.-China “phase one” trade agreement continues to take hits. The latest, according to an Axios report, is President Donald Trump’s admission that he agreed not to hit China with sanctions over Beijing’s use of detention camps for Uyghurs – a Muslim minority in China – while the negotiations were ongoing.

The top Democrat on the Senate Finance Committee, Ron Wyden of Oregon, said Monday that the trade deal “failed to deliver results for American farmers and workers, sold out American values and once again proved Trump is an easy mark for China’s leaders.”

An influential liberal think tank is calling on Congress to sharply expand conservation easement programs as a way of helping farmers cope with the fallout of the COVID-19 crisis.

The Center for American Progress says the emergency “Rush for Nature” spending plan being released today should be included in the next coronavirus relief bill. The funding would go to programs at USDA as well as the departments of Interior and Defense.

CAP also wants Congress to set goals for increasing land conservation, starting with 3 million acres in 2021 and then increasing amounts after that to reach a goal of protecting 55 million acres of private lands by 2030,

Keep in mind: The idea of expanding conservation easements and spending is in line with Democratic proposals to help address climate change by increasing soil carbon levels and taking land out of production.

Another lawsuit has been filed challenging the Navigable Waters Protection Rule that went into effect Monday, three days after courts issued different decisions on the rule’s legality.

Puget Soundkeeper Alliance, Sierra Club, Idaho Conservation League and Mi Familia Vota filed a complaint Monday in federal court in Seattle, alleging that both the government’s action repealing the Obama Administration’s 2015 “waters of the U.S.” rule and the NWPR, which was published this year, are illegal.

Both rules “are contrary to the evidence” before the EPA and Army Corps of Engineers, “including vast volumes of science and technical evidence in the administrative record,” the groups said.

Background: Two courts ruled Friday on challenges to the NWPR. In California, a federal judge soundly rejected a request for an injunction from more than a dozen states, while in Colorado, a judge stopped the federal government’s 404 rule from going into effect. See our coverage here. 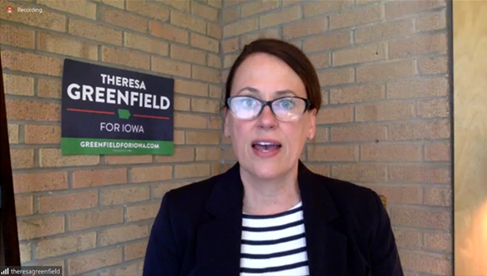 To probably no one’s surprise, ethanol is becoming an issue in the Iowa Senate race. Democratic Senate candidate Theresa Greenfield is pressuring Republican Sen. Joni Ernst to join in calling for the resignation of EPA Administrator Andrew Wheeler over his handling of biofuel usage waivers.

“He made it clear during his confirmation process that he would continue these waivers and handouts to big oil, and I am hot under the collar about it because Senator Ernst voted for him anyway,” Greenfield told reporters Monday.

A Virginia lawyer who was heavily involved in Roundup litigation before being fired in 2019 by his law firm has pleaded guilty to trying to extort $200 million from an unnamed chemical company.

Timothy Litzenburg pled guilty to one count of transmitting interstate communications with the intent to extort the company in exchange for not filing litigation against it. The company was described in the criminal complaint against Litzenburg and another attorney, Daniel Kincheloe, as a supplier of chemical compounds to Monsanto to make Roundup.

He said it. “This is a case where two attorneys blew well past the line of aggressive advocacy and crossed deep into the territory of illegal extortion, in a brazen attempt to enrich themselves by extracting millions of dollars from a multinational company.” – Assistant Attorney General Brian Benczkowski on Litzenburg.