Daybreak July 13: USDA: Remaining aid out by end of August

When USDA announced its coronavirus relief payment plan it wasn’t clear when – or even whether – farmers would get all of the payments that they are eligible for.

Now, Bill Northey, USDA’s undersecretary for farm production and conservation, tells Agri-Pulse there should be enough money on hand to give farmers the remaining 20% of what they are due under the $16 billion Coronavirus Food Assistance Program. Northey says farmers should be getting those final payments by the time signup for CFAP ends Aug. 28.

“We’d like to be able to do it earlier than that,” Northey said. “If we can look and see that we’re going to have plenty of dollars yet, of course we haven’t even announced the third group of commodities yet and we’re still partway through signup.”

Take note: As of this month, USDA has an additional $14 billion available in its Commodity Credit Corp. account. Northey says the department is awaiting direction from Congress in the form of a new coronavirus aid package. The next round of CFAP payments is expected to compensate farmers for losses that have occurred since mid-April.

“Congress has said very clearly that they recognize the losses are well beyond that $16 billion” being provided through CFAP, Northey said.

The House Appropriations Committee will wrap up its work this week on its fiscal 2021 spending bills, setting up floor action for after the full House returns to action a week from now.

On Friday, the committee approved the Interior-Environment bill on a party-line 30-19 vote. The legislation includes funding for EPA, the Interior Department and the Forest Service.

The committee adopted an amendment to the bill that would block EPA from finalizing its scientific data transparency rule that was first proposed in 2018. The rule is aimed at requiring that data used to support regulatory actions be publicly available. Critics say it would make it more difficult to use science in developing regulations. The amendment was adopted by voice vote.

Today, the committee will take up its FY21 Energy-Water bill, which funds the Army Corps of Engineers.

With fairs and other ag exhibitions shut down this summer, several farm organizations will be sponsoring online town halls through August to focus on issues affecting agricultural trade, international supply chains and global competitiveness.

The town halls will be led by ag leaders in five states that will be important in the fall election: Iowa, Minnesota, Michigan, Pennsylvania and Wisconsin. Agri-Pulse President Sara Wyant will moderate the Iowa event on July 30.

Subsequent events have been tentatively set for Aug. 6 in Minnesota, Aug. 13 in Michigan, and Aug. 27 in Pennsylvania. The Wisconsin data has yet to be determined.

FDA’s efforts to resume “prioritized domestic inspections” of food establishments may be hampered by the rising tide of coronavirus cases.

FDA issued a statement saying it is “working toward the goal of restarting on-site inspections during the week of July 20.” But there were some important caveats.

Said the agency: “We must see downward trends in new cases of COVID-19 and hospitalizations in a given area.” Other factors include the availability of services such as public transportation.

COVID-19 cases are rising in most states, with Florida reporting more than 15,000 cases on Sunday, the most for any state in a single day.

FDA said “for the foreseeable future, prioritized domestic inspections will be pre-announced to FDA-regulated businesses.” 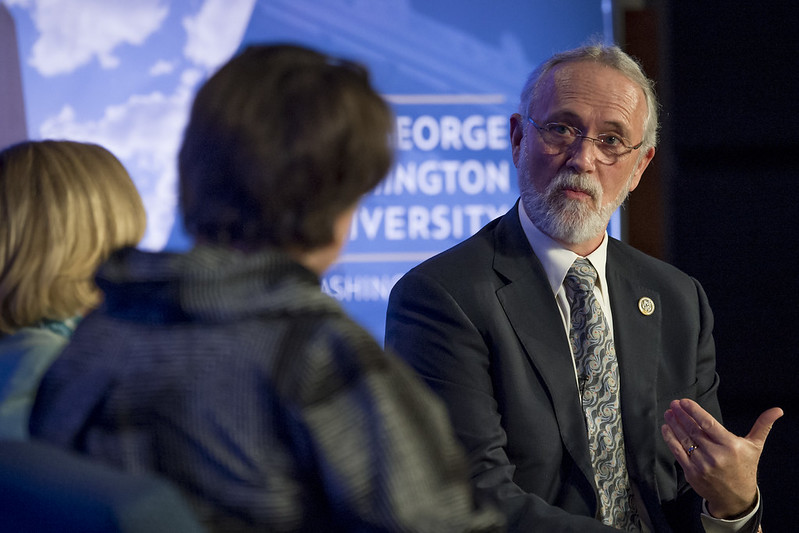 Republican Rep. Dan Newhouse of Washington says he’ll continue to push for funding for a new herbicide resistance initiative in the Pacific Northwest after failing to get the issue addressed in the House’s Agriculture appropriations bill.

“Herbicide-resistant weeds fundamentally alter farming systems, forcing many farmers to rotate to less profitable and often less reliable crops,” Newhouse said. “I hope we can get a commitment to work on this with the Senate and in conference to find a solution for this important initiative.”

The impetus for the request comes primarily from the risk to the region’s wheat growers and the possibility that they could be forced to discontinue no-tillage or low-tillage systems in order to control weeds. “Herbicide resistance in weeds threatens the sustainability of our cropping systems” in the region, according to Newhouse’s office.

A Nebraska company will pay fines of $827,500 to the state and federal government to settle charges that discharges from a David City egg processing facility caused or contributed to the city’s recurring violations of its discharge permit.

Since at least 2014, pollutants including ammonia and oxygen-depleting substances above federal limits were sent into Keysor Creek, which flows into the North Fork Big Blue River, EPA said in announcing a consent decree. In addition, EPA says Henningsen Foods Inc. “repeatedly failed to submit timely and accurate pollutant monitoring information required by law.”

The company will spend about $2 million in upgrades to its plant and take action to reduce the amount of pollutants reaching the David City wastewater treatment facility, the agency said.

He said it. “I have a feeling I would lose 19-30. I was born at night, but not last night.” – Rep. Mike Simpson, R-Idaho, explaining why he wouldn’t ask for a recorded vote in the Democratic-controlled House Appropriations Committee on an amendment to block EPA from finalizing its data transparency rule.