The U.S. and China are set to go head to head at the World Trade Organization in Geneva next week in a brewing battle over Chinese wheat and rice subsidies, and neither side is showing any sign of backing down.

The U.S. is already threatening new tariffs to punish China for failing to cut its subsidies for farmers while China is proclaiming that it has met the demands for reform spelled out by a WTO dispute panel ruling that neither country appealed.

China, in a recent communique to the WTO, states that its subsidy changes “are consistent with the recommendations and rulings” from the dispute panel. The U.S., in a separate communique, stresses that “China has failed to implement the recommendations” of the same panel.

The rub, according to WTO watchers, is that both countries may be right in their assertions. China has indeed implemented reforms in the way it calculates support prices that provide a floor level for its wheat and rice farmers. The problem is that those reforms aren’t expected to stop the Chinese government from pushing prices above international market levels.

A bottom-line assessment is that China’s reforms won’t be effective to limit its wheat and rice support. It would likely be a good argument for economists, but it may not be what is required for the WTO, says David Orden, a professor at Virginia Tech University’s Department of Agricultural and Applied Economics.

“They are just rearranging the deck chairs, but it looks like they are within their legal entitlements to do the rearranging,” said Orden, who has been following this case in the WTO since the U.S. first filed a suit against China’s farm subsidies in 2016, during the waning days of the Obama administration.

At the heart of the suit is the way China calculates the artificial price floors for wheat and rice. A major part of the equation is the amount of production in the country that’s eligible for government support through commodity purchases, and it also represents the biggest part of the U.S. win that was announced on Feb. 28, 2019.

China argued it only needed to count the amount of wheat and rice it physically purchased in 2012 through 2015 as eligible production. If that were the case, then China’s supports would technically be under its international subsidy limit. But the U.S. argued that the eligible production amount was vastly bigger, encompassing 80% of the national harvest. 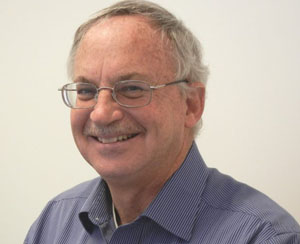 The WTO dispute panel agreed and the U.S. chalked it up as a win, giving China until June 30 to comply with the ruling.

But the panel left an opening in its lengthy 2019 ruling for flexibility in how China complied — a flexibility that China grasped, Orden said. The Chinese are proposing to set new limits on how much wheat and rice that the government could purchase from farmers.

The amount of wheat and rice China will buy from domestic farmers in 2020 “shall be fixed each year and the amount of production that is eligible to receive the minimum procurement price shall be limited to the maximum procurement amount,” the country said in a June statement to the WTO.

China has set the procurement limit for wheat at 37.3 million metric tons per year. That’s well above the average 19.4 million tons in China’s average yearly purchases during 2012 through 2015, but also far less than the roughly 100 million tons of actual production that is technically eligible for government procurement.

If China is forced to calculate its floor prices using the 100-million-ton figure, it would not be in compliance.

“That’s the sleight of hand,” said Orden. “By announcing these limits China is saying it is now in compliance. The limit is more than the expected procurement, so it’s not going to have any real effect on what they procure.”

It’s still uncertain if the WTO will accept China’s new argument that it has lowered its subsidization by setting the procurement limits. China says it is acting on a 1999 precedent set by WTO appeals court judges in a completely different case involving South Korean beef subsidies.

But the U.S. is determined to forcefully argue against it, government officials tell Agri-Pulse.

“We have a game plan,” said one U.S. official, although the fight is expected to be long and drawn out.

Still, the U.S. is already threatening retaliation, requesting permission from the WTO to hit China with “countermeasures” worth $1.3 billion.

The outcome will be enormously important to U.S. wheat and rice farmers affected by what they see as Chinese overproduction that is spurred on by subsidies.

“We do not think that the policy changes they announced … put the (Chinese) government in compliance with their WTO obligations yet, and the resulting supply pressure on U.S. wheat prices continues to cost our farmers hundreds of millions of dollars each year,” U.S. Wheat Associates spokesman Steve Mercer told Agri-Pulse.