Critics of agricultural chemical usage have won new language in the Democratic Party's proposed 2020 platform that calls for the federal government to ban chlorpyrifos insecticide and provide assistance to farmers to reduce applications of pesticides and chemical fertilizers.

The platform, which must be approved at the party convention next month, also calls for new investments in “research and development to support climate-resilient, sustainable, low-carbon, and organic agricultural methods" and a requirement that public companies disclose climate risks and greenhouse gas emissions in their operations and supply chains.

The party's platform committee adopted those provisions as amendments on Monday. The platform already included language to achieve "net-zero" carbon emissions from the ag sector and language supporting renewable fuels.

“We will grow the nation’s biofuels manufacturing sector, including by strengthening the Renewable Fuel Standard, supporting E15 blends, and supporting research, development, and deployment of advanced biofuels,” the platform says.

The draft says “Democrats oppose the Trump Administration's reckless and scientifically unsound decision to reverse a proposed ban on chlorpyrifos, a potent neurotoxin proven harmful to children and farmworkers.”

“We will expand popular, voluntary programs for sustainable and regenerative agricultural practices that help protect clean air and water and support wildlife habitats, including for threatened pollinators,” the platform says.

Kari Hamerschlag of Friends of the Earth Action, the group’s political arm, said she was pleased with the language on agriculture but also felt that the platform should have gone further to address emissions from animal agriculture operations.

“The net zero is great, but we have to put forward strategies to get there,” Hamerschlag, an ag adviser on the Democratic National Convention's Climate Council who was involved in the platform process, told Agri-Pulse. Animal agriculture’s contribution to climate change “is going to have to be addressed,” she said. 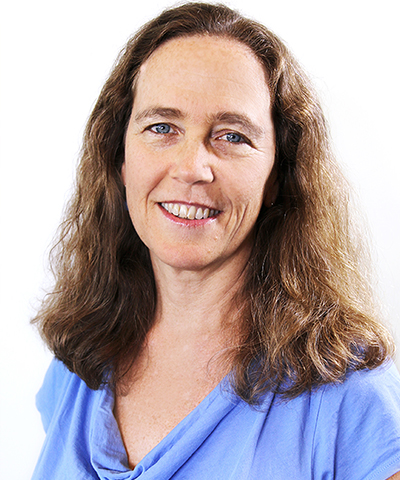 FOE Action and seven other 501(c)(4) organizations submitted a letter of recommendations to the platform drafting committee calling for a moratorium on concentrated animal feeding operations and for bans not just on chlorpyrifos, but on glyphosate (the active ingredient in Roundup), neonicotinoids, and dicamba.

Hamerschlag said she sent the recommendations to former Agriculture Secretary Tom Vilsack, CEO of the U.S. Dairy Export Council, who is on the platform committee. Vilsack, however, told Agri-Pulse he never got them because they ended up in his email program's "junk" folder, which he never checks.

"Since I never received [the recommendations], that may explain in part why there was no debate about them during the drafting process," Vilsack said in an email. "Personally I think the ag community is prepared to tackle a number of environmental issues, but needs partners to help pay for the land conservation practices, the new methane capture and conversion technologies, the advanced technologies that will over time eliminate the need for lagoons to store waste on large-scale operations, and other steps that will lead to a net-zero future."

"That net-zero future will resolve a number of the concerns folks have expressed about farming today," Vilsack added. "However, to create those partnerships the platform recognizes farmers need resources from the government, foundations and the private sector to be invested in this effort. Farmers cannot do it alone, nor should they be asked to do it alone. These partnerships, if supported and structured right, will provide new income streams for farmers, healthier soils, cleaner water and fresher air while creating new good paying biobased manufacturing jobs in rural America. I think those are the reasons the platform was drafted the way it was with a focus on the opportunity side that brings people together."

The 2020 platform offers much more detail than the 2016 platform on what Democrats would like to see happen in the ag area.