US wheat reaps rewards from stronger ties with Brazil

The ties between Brazilian President Jair Bolsonaro and U.S. President Donald Trump have only strengthened since the two first met at the White House last year and U.S. wheat farmers continue to benefit.

U.S. wheat exports to the South American country are rising quickly, thanks to the help of a deal the countries struck last year. It’s been about three months since the 2020-21 U.S. marketing year began, but American farmers have already sold about 334,000 metric tons of new crop wheat to Brazilian millers. That total is more than they sold to Brazil for the entire 2018-19 marketing year and is gaining fast on the 467,000 tons exported in 2019-20, according to USDA data.

Furthermore, Brazilian imports of U.S. wheat are traditionally the strongest from July through December, according to an analysis by USDA’s Foreign Agricultural Service.

Much of that success can be attributed to Bolsonaro agreeing last year that Brazil would set up an annual 750,000-metric-ton tariff rate quota. The quota is for wheat from countries outside the Mercosur trading bloc — Argentina, Paraguay and Uruguay — and Brazil had been promising to implement it for more than two decades.

On Jan. 1, Brazil did indeed put the quota into place, and Brazilian millers almost immediately purchased 40,000 metric tons of U.S. wheat for 2019-20 delivery. Since then, Brazil has been a regular customer.

Brazilian importers buy U.S. wheat in most years, but up until now, it’s never been clear whether they were going to be able to. That’s because of the steep tariffs and the unpredictability of the Brazilian government's decisions on whether to temporarily lift them.

Up until this year, U.S. farmers always hoped Brazilian millers would be able to make purchases here, but they never knew if it would be possible or for how long. All that changed on Jan. 1, and it has made the U.S. far more competitive to supply Brazil’s large demand for imports.

“We’re going to have to compete for everything, and the bottom line is that with the 750,000-metric-ton tariff rate quota open, that makes U.S. wheat more competitive, even with Russian wheat and certainly with Mercosur countries,” said U.S. Wheat Associates spokesman Steve Mercer.

Argentina is the primary supplier for Brazil’s wheat imports, and that’s expected to continue to be the case. But now that U.S. access to the Brazilian market isn’t on an ad hoc basis, the U.S. could take away some of that business, Mercer said.

“Our wheat is typically sent from the western Gulf, down to the northern ports in Brazil, and the Argentina haul is just a little closer than it is from our Gulf,” he said. “So, we’re fairly competitive freight-wise and it’s just been the tariff advantage that Argentina has had.”

Brazil buys some soft red winter wheat from the U.S., but the bulk of its purchases is hard red winter that is mixed with the local harvest to make pao frances, the country’s loose adaptation of French bread.

And Brazil may need a lot more of it this year because of some early expectations that the Argentine harvest will be smaller than previously expected. 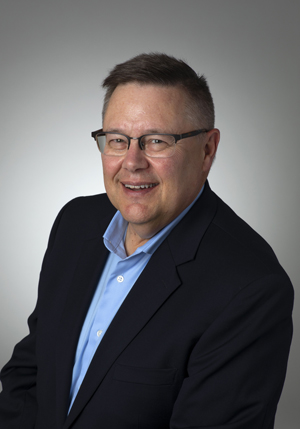 “It is a very good situation,” Mercer said about the U.S. export outlook. “Right now, we’re talking about Argentina’s crop being somewhat compromised. We won’t know for sure for another month or two before they start harvesting.”

In fact, the Brazilian government — acting under pressure from the Brazilian Wheat Millers’ Association — increased the quota for non-Mercosur countries by 450,000 tons on July 1. That brings the total of the TRQ up to 1.2 million tons.

It’s unclear exactly how much of the quota the U.S. will get this year, but Brazilian importers are very concerned that even if Argentine wheat is plentiful, it will be too expensive.

Rubens Barbosa, president of the Brazilian Wheat Millers’ Association, said in a recent statement published by USDA’s FAS that the “concern of the (Brazilian) milling industry, in addition to ensuring domestic supply, is to reduce the cost of imports affected by the devaluation of the real and the rise in cost of Argentine wheat.”