Some Democrats on the House Agriculture Committee are urging House Speaker Nancy Pelosi to secure an additional $75 million to help USDA keep African swine fever out of the U.S.

“America’s pork producers are a crucial part of the food supply chain domestically and they contribute close to seven billion dollars in global exports,” seven Democrats said in a letter obtained by Agri-Pulse. ASF’s a deadly pig disease that was recently discovered in the Dominican Republic.

The lawmakers are specifically requesting $20 million to hire additional staff for the Animal and Plant Health Inspection Service, plus $30 million for the National Animal Health Laboratory Network, and $25 million to pay for animal depopulation and disposal equipment.

The lawmakers want the money included in a continuing resolution or supplemental appropriations package. The House Rules Committee meets Monday to prepare the CR for floor action. That measure is needed to keep the government operating after the new fiscal year begins Oct. 1. 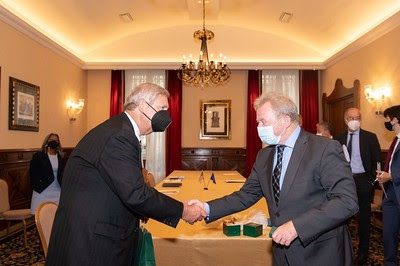 Brazil, Canada and Mexico are being eyed as candidates for a new coalition of nations to provide an alternative to the European Union’s Farm to Fork initiative, which seeks deep cuts in the use of pesticides and fertilizer.

Agriculture Secretary Tom Vilsack, in Italy for meetings with ag ministers ahead of the G20 economic summit next month, told reporters that the U.S. is starting a new “coalition for productivity growth” to counter the EU’s effort, which many in the production ag community fear could lead to a drop in output and increased food prices.

Brazil has expressed interest in joining the coalition, which the U.S. will kick off at the United Nations Food Systems Summit next Thursday, Vilsack said. Canada, Mexico and other South American countries also are prime candidates.

Take note: Also Thursday, Vilsack made his case for ag technology at a G20 forum on sustainable ag. “By leveraging evidence-based innovation and science, including biotechnology, we can expand the toolbox for farmers, fishers, foresters, and other producers to improve sustainability and resilience throughout food systems,” he said.

The National Council of Farmer Cooperatives is appealing to the Biden administration for some flexibility in its vaccine mandate for businesses with over 100 employees. In a letter to the Labor Department and USDA, NCFC says OSHA should consider the size of a facility’s workforce and not just the overall size of a company in determining when the mandate applies.

“For instance, a grain elevator that operates with under a dozen employees — who have no day-to-day contact with other parts of the co-op — has a different safety risk profile than a corporate headquarters with 500 workers,” the letter says.

NCFC also says there should be clear guidelines for temporary or seasonal workers and that OSHA should exempt employees who are at "minimal risk" for contracting or spreading COVID-19, such as remote workers and truck drivers.

A new federal appeals court decision could lead to more oversight of concentrated animal feeding operations, according to environmental groups involved in the case.

The court vacated the permit but has not yet issued its mandate implementing the decision.

“We are confident that this is the first domino to fall on the path to comprehensive pollution monitoring and accountability for America’s corporate factory farm industry,” Food & Water Watch attorney Tarah Heinzen said of the ruling. 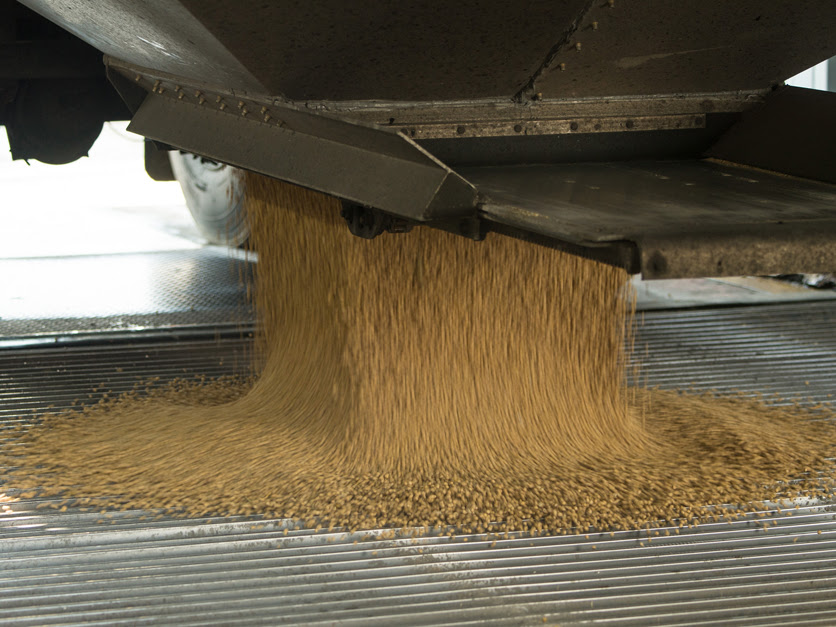 Sept. 3-9 was another big week for U.S. soybean export sales, and most of the commitments were to Chinese buyers, according to the latest weekly data out of USDA’s Foreign Agricultural Service.

China purchased 945,200 metric tons of U.S. soybeans for delivery in the current 2021-22 marketing year. That’s well more than half of the total net sales for the seven-day period, which totaled about 1.264 million tons.

CoBank sees opportunity for aromatic rice farming in the U.S.

Demand for jasmine and basmati long grain rice continues to grow in the U.S., pushing up imports from countries like Thailand and India “as demographics change and consumer preferences evolve,” according to a new analysis from CoBank.

That presents opportunities for U.S. farmers, but only with investment in new seeds, milling equipment and marketing.

“Fragrant or aromatic rice is clearly the growth opportunity for the U.S. rice industry,” says Tanner Ehmke, a CoBank economist. “Production and processing obstacles would need to be overcome but capturing share of the fast-growing domestic market could transform the U.S. rice industry, and ultimately position it to become more competitive in export markets around the world.”

U.S. rice imports have grown from near zero to more than 1.1 million tons over the past 40 years, CoBank says.

He said it. “If we are going to produce more, while using and polluting less, we must commit to developing and deploying new ways of doing things in agriculture.” - Ag Secretary Tom Vilsack, speaking at a G20 forum on sustainable agriculture in Florence, Italy, on Thursday.