Pace of replacing bins after Iowa derecho will vary

Many farmers are scrambling to replace their on-farm storage that was damaged in last month's derecho winds across Iowa and Illinois. But some aren't in as much of a hurry.

Look for a surge in steel bin construction through fall as crops in central and eastern Iowa and northern Illinois, where the derecho's winds of up to 120 miles per hour blasted fields, farmsteads, country elevators, and farm grain bins.

Indeed, the severe destruction suggests a bevy of grain bin and elevator replacements will be needed.

Steel bins full of grain endured the onslaught, but for empty bins, explains Tim Christensen, Iowa State University farm management specialist, the derecho wind “gets underneath and sucks the roof off, and then the vacuum caves in the rest of the bin,” and often throws it downwind.

“Within 30 miles of my house all major elevators had significant losses in storage capacity,” says Christensen, who lives north of Des Moines. “So some co-ops will have trouble finding capacity to store grain.”

Meanwhile, across Iowa fields, more than 6 million acres of corn and soybeans, plus perhaps 1.5 million more crop acres in northern Illinois, were hit hard, according to expert consensus. 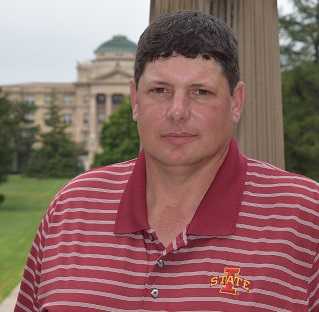 Estimates by Iowa Secretary of Agriculture Mike Naig and others include more than $300 million in likely costs to remove, replace or repair just the damaged commercial grain storage bins. Beyond that, he advised, tens of millions of bushels of on-farm storage, too, were lost and “may create grain storage challenges as farmers head into the 2020 harvest.”

Yet there may actually be less need for bins than last year overall in the storm’s broad path, owing to yield losses to both drought and the derecho.

Tyler Teske, marketing director for the Agribusiness Association of Iowa, says grain industry experts there have estimated the loss of 60 million bushels of stored corn to the derecho in commercial grain facilities and 60 million more to farm bins. (Essentially, that’s all corn; 2019 soybeans had already gone to markets.)

Thus, he says, “we probably lost more in (2020 crop) bushels than we lost capacity to store it.”

Christensen agrees: “The loss of crops will definitely help with the storage problems.”

In fact, he suggests, the demand for storage bins might be shrunk even further by the volume of the new crop in very poor shape.

“Here,” he says, “is the big question: The corn is there, lying flat on the ground, but … what percentage of it can we harvest, and how many quality issues come along with that? (Also) do we want to pick it up and put it in the food supply?”

Still, Christensen says, farmers are likely to replace most of their bins, especially producers planning to continue farming long term.

“I look at a grain bin as a marketing tool for the farmer…to store grain until there is more demand than at harvest time. They’re a long-term investment. The aggressive guys are paying for them in, say, eight to 12 years,” he estimates, by taking advantage of the seasonal “carry” in grain prices and other smart marketing activity.

Steel prices, a huge factor in the highly variable steel bin prices, are in a farmer-friendly mode.

The spot price per short ton collapsed to about $430 when the pandemic arrived earlier this year, the lowest in years, and has so far climbed back to the mid-$500 range, says Hara Rigopoulou, derivatives broker at SSY Futures.

Steel futures prices also remain soft, reflecting sluggish demand in the U.S., she says, though auto manufacturing is starting to pick up, and a persistent shortage of scrap steel imports (raw material) is helping lift steel prices out of their slump.

However, Sens. Chuck Grassley, R-Iowa, and Joni Ernst, R-Iowa, recently charged that “opportunists are offering extremely high estimates to Iowans for the steel they need to rebuild,” and they sent a letter to the Commerce Secretary Wilbur Ross, asking that tariffs be lifted on any steel used in Iowa’s derecho recovery.

John Tuttle, sales director for Brock Grain Systems, a major bin maker, says steel mills have increased their prices in recent months, but “we have not increased our prices, and I have not seen that yet in our (grain bins) market.”

Rather, he says Brock and its dealers have worked together to give calendar priorities to grain dealers and farmers with the most immediate needs and have scrambled to add extra crews for this fall’s construction in the storm path.

Also, Casper Cronjé, who sells steel bins for Sioux Steel Company, based in Sioux Falls, S.D., says, “we didn’t make any price increases because of the storm.” He reports “a huge increase in demand … particularly in the storm area,” but says his company made annual price increases of “less than 5%” on July 1, “and that’s about it.”

A bright side: most commercial and farm storage bins are insured against the storm’s damage, industry officials say, though Christensen points out that sometimes the insurance doesn’t cover the grain in the bin, and he says the derecho destroyed some bins a fourth or third full of corn, for example.

Ron Heck’s farm, Perry, Iowa, was among the storm’s worst victims: “Eight bins blew away, and six were damaged, and I hope to recover two of those.

“The only bins still in place are ones that have corn in them to hold them down,” he says, “but I can’t fill any of them because equipment to fill them is blown down … and, of course, they were already (full of grain).” 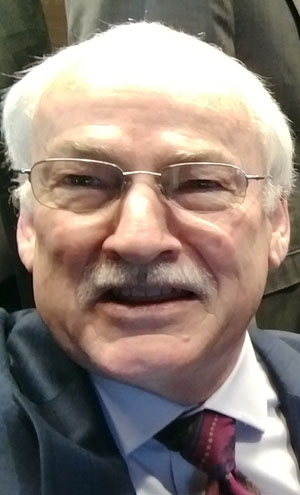 Heck notes drought had already slashed his crop yields before the derecho, and “we’re hoping to have half of a yield from the half that is left … (that is) a fourth of the corn that I thought a month ago I was going to harvest.”

Heck is “discing down” half of his corn fields, and he is trying to repair and replace enough of the 25,000-bushel bins “to get enough storage to store all of my soybeans.” He’s getting his grain dryer (also wrecked by the storm) repaired to dry his corn, and will pile much of it outdoors until it’s sold.

“Here we are … a month later and we still have more questions than we have answers,” but he’ll likely replace some or all of his bins in time.

“I’m 70. It’s not likely that I’ll get my money back in my lifetime. But … it’s been a family farm for a hundred years, and we hope to have it that way for another 100 years. So the legacy of the farm is more important than the immediate cash flow.”

For farmers needing to replace bins, USDA has dirt-cheap credit for those who need it. Its Farm Storage Facility Loan rates are 0.25% annually on a five-year loan; the maximum per farmer is $500,000.