Home » Daybreak: Glyphosate as a tool for sustainability
WEST

Daybreak: Glyphosate as a tool for sustainability

Conservationists eye land to be fallowed under SGMA

A new research paper outlines potential plans for the farmland to be fallowed in the San Joaquin Valley as the Sustainable Groundwater Management Act is implemented over the next 20 years.

The researchers, led by The Nature Conservancy and Stanford University, consider the best strategies for restoring habitat for endangered species. This would mean consolidating retired parcels into about 24,000 acres of “high-quality habitat.”

The authors note that The Nature Conservancy and Audubon California are already working with a local agency in the valley to apply the study’s results. They plan to restore land for upland habitat or for recharge basins that would increase water supply and provide wetland habitat.

The researchers hope to apply these lessons to boosting biodiversity in other water-stressed agricultural regions of the world. 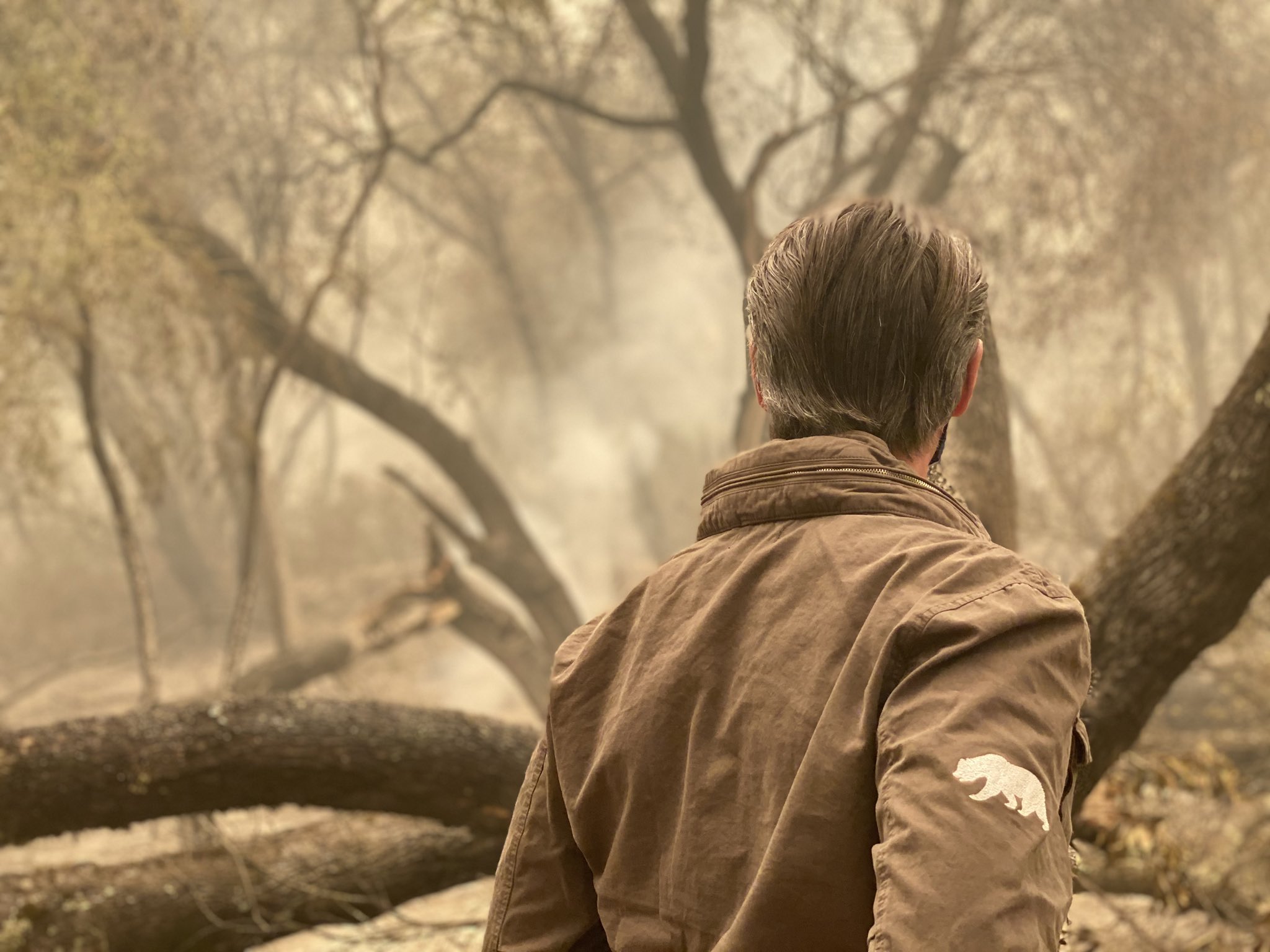 USDA’s Food and Nutrition Service has approved California’s waiver request to allow for the purchase of hot foods with Supplemental Nutrition Assistance Program benefits in select counties. As many California residents are not able to store food or access cooking facilities due to the wildfires, households in those counties can purchase hot foods with SNAP benefits through next Wednesday.

FNS has also approved automatic mass replacements of SNAP benefits to impacted households. This waiver allows households in certain counties and zip codes to receive replacement of 50% of their August SNAP benefits that were lost as a result of wildfires and power outages that began in mid-August.

On that note: Through the rest of the month, Blue Diamond is supporting fire relief victims by matching Red Cross donations from its growers and employees for up to $10,000 each.

One of the nation’s largest farm organizations has signed a memorandum of understanding with a student group to encourage minorities to participate in ag-related careers.

Leaders of the National Farmers Union and Minorities in Agriculture, Natural Resources and Related Sciences, or MANRRS, signed the agreement Wednesday during a virtual ceremony. NFU President Rob Larew said his organization wants to encourage more participation in agriculture among the nation’s minority community, which only makes up 5% of farmers.

“This lack of racial and ethnic diversity translates to a lack of new ideas, perspectives, and experiences, which holds back progress and innovation for everyone in farming,” said Larew.

USDA has reaffirmed its decision not to implement new animal welfare standards for organic farms despite multiple flaws made in the department’s analysis of an Obama-era rule.

The Agricultural Marketing Service says in a final decision published in today’s Federal Register that two regulatory impact analyses on the Organic Livestock and Poultry Practices Rule, including one prepared to justify its 2018 withdrawal, contained errors.

Laura Batcha, the Organic Trade Association’s CEO and president, said “organic standards should be allowed to advance, and not be held back by blatant inaccuracies on the part of USDA.” Referring to the federal judge that ordered USDA to explain its analysis, Batcha said her group “urges the court to move quickly and rule in its favor on its organic livestock welfare lawsuit.”

The Risk Management Agency is tweaking the whole farm revenue insurance program to make it more appealing to smaller scale farmers who direct-market their crops.

Farmers can now report two or more direct-marketed commodities under a combined single commodity code with a combined expected revenue. The combined commodities will still count as two commodities in calculating the diversification premium discount.

Ferd Hoefner of the National Sustainable Agriculture Coalition likes the changes but says several more are needed. Among other things, his group wants RMA to eliminate expense reporting requirements and allow farmers to use Schedule F tax returns to establish their revenue history without additional documentation.

The Government Accountability Office says USDA should thoroughly evaluate the Farmers to Families Food Box program after its completion to identify what went well and what did not.

An overall evaluation after the program concludes Oct. 31 would give USDA ”better assurance it has identified successes and challenges which could inform future efforts to address similar situations,” GAO, the investigative arm of Congress, said in a report released Wednesday.

Ag Secretary Sonny Perdue has crisscrossed the country to promote the program, with Ivanka Trump often joining him at some events. She’s been personally involved in the $4 billion program, which has delivered 90 million boxes delivered over three separate rounds. Critics say millions of dollars have gone to inexperienced contractors and that the regional distribution of contracts has been inequitable.

Mexican avocado exports to rise along with US consumption

The U.S. has a voracious appetite for avocados – consumers just can’t get enough guacamole, it seems – and that plays a big role in the new USDA forecast for another record year of Mexican avocado exports.

“Despite the COVID-19 pandemic and challenges to agricultural harvests and supply chains, avocado demand in the United States remains strong and is forecast to increase,” FAS says. 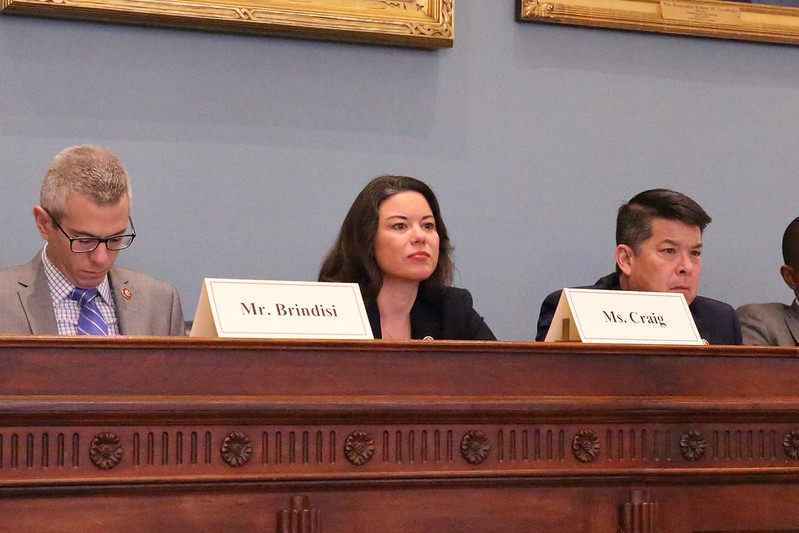 Two farmers on a Biden campaign call suggested to reporters that farmers who are accepting government payments are essentially socialists.

“If you’re a rural farmer taking money, you’re a socialist right, and people don’t want to accept that at all,” said Ohio producer Tenah McMahan. But she added that farmers would prefer to rely exclusively on the market for their income.

Another view: Minnesota Democratic Rep. Angie Craig, who was also on the campaign call, said she understands farmers are frustrated but says at the same time she wants many family farmers to survive as possible.

“At the end of the day, (with) the reckless trade war that the president and his administration has caused, we have to be supportive of our family farmers, so it’s a real challenge,” she said.

“There has been a dramatic increase in consumer interest around sustainability. …Glyphosate is one of the tools that can help achieve this goal.” — Dave Milligan, president of the National Association of Wheat Growers, in an Agri-Pulse op-ed yesterday.