A partisan feud over USDA’s Commodity Credit Corp. is threatening passage of a stopgap spending bill that House Democrats rolled out on Monday.

Democrats refused to allow a provision replenishing the CCC account, which USDA uses to make routine farm and conservation program payments as well as special forms of assistance like the Market Facilitation Program and Coronavirus Food Assistance Program payments.

The top Democrat on the Senate Ag Committee, Michigan’s Debbie Stabenow, said during the Agri-Pulse Ag and Food Policy Summit on Monday that USDA doesn’t need the CCC account refilled right away. She says the department should be able to adequately manage payments from the account between now and November when the account should be automatically replenished. She and other Democrats say President Donald Trump has been using the account as a political slush fund.

But the chairman of the Senate Ag Appropriations Subcommittee, North Dakota Republican John Hoeven, said in a statement to Agri-Pulse that failing to replenish the account will delay the handling of marketing loans as well as the distribution of farm program payments due in October.

“This October, November, and December, we expect the CCC will need an additional $15 billion or more to meet their obligations,” the statement said.

Take note: Hoeven says that $14 billion in the CCC account was expressly intended for the CFAP payments. USDA received more than 10,000 applications for the second round of the program on Monday, the first day of signup.

Bottom line: The House is set to vote on the continuing resolution this week. The House Rules Committee on Monday refused to allow debate on proposed floor amendments addressing the CCC issue, including one offered by first-term Iowa Democrat Abby Finkenauer..

By the way: The bill extends by one year the hemp pilot program and gives more time for Congress to reauthorize laws on livestock price reporting and grain standards.

Read our full report on the CCC funding issue here.

Perdue: No plan to pay refiners

Addressing an issue that Democrats used to justify denying the CCC replenishment, Ag Secretary Sonny Perdue said Monday that the administration needs to find a way other than the CCC to make payments to oil refiners who can’t get waivers from the Renewable Fuel Standard.

“We don’t think that qualifies under Charter 5 of the Commodity Credit Corp. Act,” Perdue told a farmer forum in Illinois Monday.

House Ag Chairman Collin Peterson says he worries that farm policy is going backward with the flood of ad hoc payments USDA has made for trade assistance and coronavirus relief over the past few years.

“It feels like we’re back to where we used to be” before bolstering the crop insurance program and creating permanent disaster programs, Peterson said during a pre-recorded interview for the Agri-Pulse summit.

“We’ve kind of trained people again to be looking for ad hoc payments and ad hoc disaster. I thought we were past that, but we’re not.”

The committee’s ranking Republican, Texas Rep. Mike Conaway, said Congress needs to shore up the farm safety net in the next farm bill. The question is where the money would come from.

“You will need some new money in the bill and that’s going to require other areas of the government to spend less or you’re going to have to borrow money,” said Conaway, who is retiring this year. “I would prefer that other areas of government spend less. These will be priority-setting exercises.” 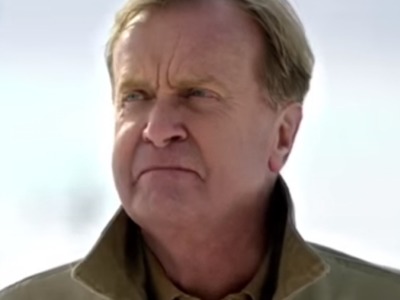 The European Union’s Farm to Fork strategy, a centerpiece of its Green Deal plan, is bound to reduce agricultural productivity in some of the most malnourished countries in Africa that follow the EU’s lead, Trump administration officials said during the Agri-Pulse summit.

The Farm to Fork proposal seeks to increase sustainability by decreasing producers’ use of farming technology, such as fertilizers, but many African countries can’t afford to lose the productivity or subsidize farmers for the losses, said Ag Secretary Sonny Perdue, Undersecretary for Trade Ted McKinney and Kip Tom, U.S. Representative to the United Nations agencies for food and agriculture.

“It’s unconscionable … to adopt the EU Green Deal and the Farm to Fork initiative … The European agroecology platform is an indulgence of the rich,” Tom said. “It is indefensible scientifically and morally.”

The first general in charge of the U.S. Africa Command says international food aid programs like Food for Peace are as vital as they have ever been.

“If you have a lack of food security, it is a major driver of instability in a region. That instability then becomes fruitful ground for bad actors to come in and be disruptive,” retired Lt. Gen. William “Kip” Ward, said during the Agri-Pulse summit.

The food programs actually may be more important than ever “because of (growing) populations, and fewer and fewer people on farmlands,” he said.

Don’t miss our report on chef José Andrés’ Summit appearance. He described how he thinks the U.S. needs to improve its disaster response. 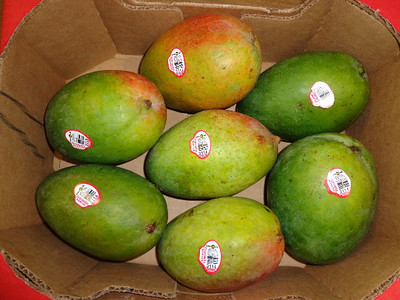 In a lengthy proposal to be published in Wednesday’s Federal Register, FDA said manufacturers, processors, packers and handlers of foods on the agency’s Food Traceability List (FTL) would be subject to the requirements.

Companies would have to describe “reference records” such as bills of lading and purchase orders, a list of foods they ship that are on FTL, a description of how they assign traceability lot codes, and other information needed to understand their traceability programs and records.

USDA has extended flexibilities in the Women, Infants and Children (WIC) food program so families can continue to receive help during the COVID pandemic.

The WIC waivers being extended allow for: participants to be approved for WIC without being physically present in a local office; remote issuance of benefits to any participant; flexibility in food package requirements, including dairy, grains, vegetables, and infant foods; and additional options for pick-up of food packages.

USDA’s announcement said the flexibilities would be in place for the duration of the COVID-19 public health emergency.

He said it. “I don’t know what the heck we’ve done to Mother Nature. I mean, honest to Pete.”- Senate Agriculture Committee Chairman Pat Roberts, R-Kan., at the Agri-Pulse summit.