Democrats got a prohibition on making payments from CCC to refiners but couldn’t get Republicans to agree on other restrictions.

The reaction: Illinois Rep. Cheri Bustos, who chairs the Democratic Congressional Campaign Committee, said Pelosi’s deal, which also extends nutrition assistance, “ensures that both American farmers and families will have the support they need as we continue to navigate COVID-19.”

First-term Iowa Rep. Cindy Axne, who was among the Democrats pushing for the CCC funding, said, “While I am still frustrated that vital aid for Iowa’s farmers was left out of this extension of government funding in the first place, I am glad that House leadership heard my concerns and reversed course on today’s continuing resolution.”

If not resolved, the CCC issue also wouldn’t have helped House Ag Chairman Collin Peterson in his tight re-election race. “Congress will not prioritize the people of western Minnesota until Pelosi is out of power, and since Peterson will not remove her, we must remove him,” his GOP challenger, Michelle Fischbach, said earlier Tuesday.

For more on the agreement and the CCC, be sure and read our Agri-Pulse newsletter. We also have an in-depth look at the differences between Joe Biden and President Donald Trump on trade policy.

EPA: No significant risk to children from chlorpyrifos

A new risk assessment from EPA concludes there are no risks of concern to children’s health from chlorpyrifos, an organophosphate insecticide that environmental and farmworker groups have been trying to get off the market for years.

“There are no residential post-application risk estimates of concern for adults or children with or without” a federal ten-fold safety factor to protect children, EPA said in its draft human health risk assessment.

The U.S. gives a lot of tariff exemptions to developing nations to help bolster fragile economies, but several U.S. senators are asking the Trump administration to exclude rice from its General System of Preferences program because of the growing impact on U.S. farmers.

“We understand GSP is meant to be a win-win for both the U.S. and our trading partners, but unfortunately in the case of rice, our biggest competitors on the world stage have taken advantage of the program for far too long,” the senators said in a letter to U.S. Trade Representative Robert Lighthizer.

“Coupled with our competitors’ high and rising domestic subsidies, these unfair advantages are having negative implications for our rice farmers, millers, merchants and allied businesses, who are losing domestic market share”

Republican Sens. John Boozman and Tom Cotton of Arkansas, Roger Wicker and Cindy Hyde-Smith of Mississippi, John Kennedy and Bill Cassidy of Louisiana and John Cornyn of Texas all signed the letter. 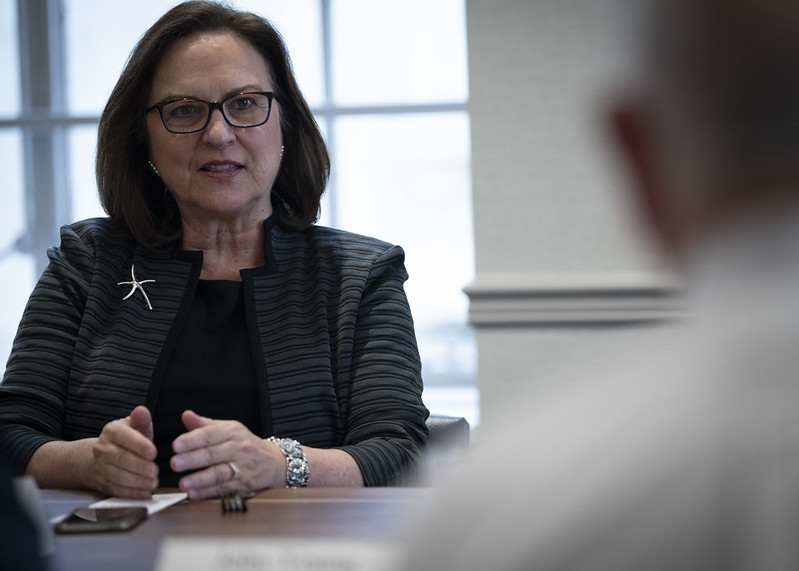 Nebraska Republican Sen. Deb Fischer is offering a new proposal to address concerns in cattle country about the market power of the big meatpackers.

The Cattle Market Transparency Act she introduced Tuesday is intended to ensure there are “regionally sufficient negotiated cash trades” and provide producers with more information on market prices.

The bill would also prevent confidentiality concerns from being used to block disclosure of full market information to USDA.

Keep in mind: The bill provides an alternative to the bill sponsored by Sens. Chuck Grassley and Jon Tester that would require packers to buy half their cattle on the open or spot market.

The National Cattlemen’s Beef Association issued a statement saying its policy “dictates that the voluntary framework we are developing be allowed the opportunity to succeed or fail” before supporting Fischer’s idea of regional mandatory minimums for negotiated trades.

A federal judge is allowing a lawsuit to move forward challenging the Trump administration’s reforms to the federal environmental review process.

Without providing any reasoning, U.S District Judge James P. Jones denied a motion to dismiss the case brought by a collection of environmental groups in Virginia. The reforms are intended to accelerate reviews required under the National Environmental Policy Act, or NEPA.

NCBA and the American Farm Bureau Federation have intervened in the case on the side of the administration.

At least three other lawsuits challenging the NEPA rule are proceeding in other courts.

He said it. “It's just, it's, it's totally hypocritical and unethical, dishonest and every other negative term you can think of.” – Sen. Jon Tester, D-Mont., to reporters Tuesday on Senate Republicans’ plan to vote on President Trump’s Supreme Court nominee.