Amy Coney Barrett’s nomination to fill the seat left vacant by the death of Justice Ruth Bader Ginsburg is being welcomed by ag industry groups that see an opportunity to cement a conservative majority for decades to come.

Environmental groups, on the other hand, say Barrett’s nomination could put environmental laws in jeopardy and make it more difficult for groups and individuals to sue the government to enforce those laws.

If the 7th Circuit Court of Appeals judge ascends to the high court, as appears almost certain given the unity of Senate Republicans, she would give the conservative bloc a two-vote edge. “You’d have three liberal justices and a really solid majority of six conservative justices,” SCOTUSblog editor Amy Howe said in an interview on the publication’s website.

”This will create a greater degree of certainty regarding the legal outcome of President Trump’s regulatory reforms,” he said, including the new Navigable Waters Protection Rule, broad revisions to the National Environmental Policy Act, changes to the Endangered Species Act, and the emissions reporting exclusion for farms under the Emergency Planning and Community Right-to-Know Act.

“Some legal scholars are predicting the new court could issue a decision finding the Environmental Protection Agency does not have the power to regulate greenhouse gases, overruling, or narrowing, the 2007 decision in Massachusetts v. EPA,” he said, noting that the only remaining justice in the majority from that case is Justice Stephen Breyer, “making the issue ripe for re-examination by the court.”

Finally, Yager said “it’s possible we will see a strengthening of property rights by this court and invoked, for example, to strike down applications of some laws, like the Endangered Species Act, where the laws impinge on private property rights.”

Leonard Leo, co-chair of The Federalist Society, which believes in "limited government," told USA Today that “President Trump has again fulfilled his promise to appoint justices who are not only exceptionally qualified but willing to bravely stand up for the Constitution as it’s written and not bend to political pressures or personal preferences."

Thomas Pyle, president of the American Energy Alliance, said that “much like the beloved Justice Antonin Scalia, Judge Barrett has shown that she interprets the laws based as they are and applies the Constitution as it was intended — impartially and consistently.” 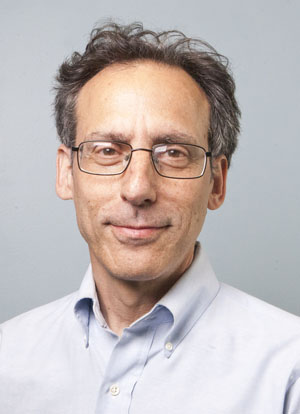 Barrett’s environmental record is decidedly not robust, but decisions on legal standing and a single decision in a wetlands case are being used to raise questions about her commitment to environmental protection.

“She has written some stingy standing decisions, and since she's a Scalia acolyte I think we know where she'll land on those issues as well as a similar narrow view of agency authority under statutes where the text doesn't support it,” says Vermont Law School Professor Pat Parenteau.

Eric Glitzenstein, director of litigation at the Center for Biological Diversity, said of Barrett, "If she’s a protégé of Justice [Antonin] Scalia, as she says, she will be devastating for the environment." Barrett has said of Scalia, for whom she clerked, "His judicial philosophy is mine, too."

"One of Scalia’s missions on the court was to make it as difficult as possible for environmental plaintiffs even to get through the courthouse doors," Glitzenstein said, citing decisions such as National Wildlife Federation v. Lujan and Lujan v. Defenders of Wildlife, which "erected standing barriers for environmental plaintiffs. A Justice Scalia acolyte replacing Ginsburg will push the court much more in the direction of blocking citizen suits and impeding other efforts to enforce the environmental laws."

In a case decided Aug. 31, Barrett authored an opinion finding that opponents of plans for the Obama Presidential Center in Chicago could not demonstrate standing to pursue their lawsuit, in part because they alleged damage to a park.

“Even if the Obama Presidential Center will damage Jackson Park, ‘[t]he relevant showing for purposes of Article III standing … is not injury to the environment but injury to the plaintiff,’“ Barrett wrote, notably quoting a 7-2 Supreme Court decision written by Ginsburg that Glitzenstein said "pushed back" against Scalia's earlier standing decisions.

"On substance, she can be expected to side with corporate interests consistently and reliably regardless of any professed adherence to statutory text," he added. "This will very likely further undermine enforcement of the Endangered Species Act, Clean Water Act, and Clean Air Act, especially when it comes to any effort to regulate greenhouse gases. There is also a grave concern that her purported 'originalist' approach to constitutional interpretation in conjunction with her allegiance to corporate interests will result in the creation or resurrection of new property 'rights' that will be used to invalidate environmental statutes and regulations."

Earthjustice, an environmental law organization with more than 150 lawyers, said Barrett’s environmental record is sparse. The group said it’s “concerned because Judge Barrett’s record is too scant for us to evaluate.” But “what little we can see raise serious concerns.”

The group pointed to the possibility that Barrett will help revive the “nondelegation doctrine,” described as “the long-dormant principle that Congress cannot transfer its power to legislate to another branch of government” in a SCOTUSblog article about a Supreme Court decision last year that found four justices “willing to reconsider the nondelegation doctrine from the ground up.”

“Congress must be allowed to tell agencies like the Environmental Protection Agency (EPA) to flesh out the details of our environmental laws,” Earthjustice said. “In recent years, right wing judges have sought to overturn these precedents on behalf of powerful corporate interests. Adding justices who want to revive the nondelegation doctrine will undermine EPA’s ability to protect communities — especially communities of color — from pollution and climate change.”

Barrett also is likely to bring more skepticism to Chevron deference, or the Chevron doctrine, named for a 1984 Supreme Court decision that said courts must defer to the expertise of administrative agencies when their interpretation of an ambiguous law is reasonable.

The Supreme Court has been chipping away at the doctrine, long a target of industry, in recent years, and Barrett’s move onto the court could shorten its life expectancy.

A 2018 analysis of her scholarship on the matter concedes there is “little direct evidence of what she thinks about Chevron.”

But author Evan Bernick, executive director of the Georgetown Center for the Constitution and a visiting professor of Law at Georgetown, continued, “That said, her scholarship strongly suggests that she will think about not only Chevron but any administrative law questions which involve determining the meaning of legal texts, reconsidering controversial precedents, and shaping doctrine in a way that enables the judiciary to perform its constitutional function without exceeding the limits of its institutional competence, in a careful, cogent, and humble manner.”

Nevertheless, in an article published Monday, Bernick told The Washington Post his “expectation remains that she will join in Justice Gorsuch's successful-thus-far project" in whittling away at Chevron.

In a 2018 wetlands case, Barrett joined in a 3-0 decision rejecting an Army Corps of Engineers’ finding of Clean Water Act jurisdiction over wetlands that were holding up a development project.

The court found fault with the Corps’ conclusion that a “significant nexus” existed between the wetlands on the site, alone or in combination with other area wetlands, and the Little Calumet River, 11 miles away.

The Corps had argued that the court should defer to its decision, but courts “extend no deference to agency decisions that lack record support or explanation,” the 7th Circuit said.

“Barrett’s record demonstrates her willingness to interpret environmental laws like the Clean Water Act narrowly in favor of industry interests,” Earthjustice said of the decision.