Home » What does Kavanaugh’s addition to the Supreme Court mean for ag?
Environment News Politics

What does Kavanaugh’s addition to the Supreme Court mean for ag?

After a bruising confirmation battle, Brett Kavanaugh joined the Supreme Court, where his impact likely will be felt for decades.

Kavanaugh, at 53 years of age, is young for a justice. He joins four other jurists in making up what is, for lack of a better term, a conservative bloc on the court. And that bloc could be in place for a long time. At 70, Justice Clarence Thomas is the oldest of the bunch; Chief Justice John Roberts is 63, Justice Samuel Alito, 68, and Justice Neil Gorsuch, 51.

By contrast, the two longest-serving “liberal” justices on the court – Ruth Bader Ginsburg and Stephen Breyer – are 85 and 80, respectively. The other two justices in that wing are Elena Kagan, 58, and Sonia Sotomayor, 64.

Add in the fact that Kavanaugh has replaced former swing vote Anthony Kennedy, and it’s not hard to see how Kavanaugh, who made his conservative credentials clear in an impassioned statement to the Senate Judiciary Committee, has shifted the court firmly to the right.

But lawyers are perhaps not as fixated on labels as pundits and lobbyists. Labels "hide too much,” said Timothy Bishop, a partner at Mayer Brown in Chicago who has argued seven times before the high court, most recently for Weyerhaeuser Co. in a case involving critical habitat for the dusky gopher frog.

Bishop also was, and still is, involved in litigation over the “waters of the U.S.” rule, promulgated in 2015 by the Obama administration and, except for a couple of months since then, the subject of court fights in different venues.

The WOTUS rule was issued in response to the Supreme Court’s 2006 Rapanos decision, a 4-1-4 split in which Justice Kennedy – the “one” in the middle – wrote a separate opinion that laid out a test for determining when areas could be considered a water of the U.S. Under that test, regulators have to show a “significant nexus” between the waters at issue and “traditionally navigable waters.” 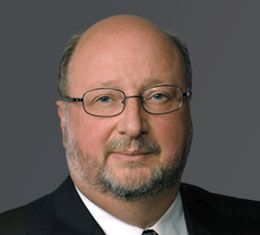 Kennedy “constructed an entirely new test – significant nexus – that doesn’t appear in the (Clean Water Act),” Bishop said. “I think that’s where we would see the real difference” between Kennedy and Kavanaugh, he said.

Instead of supplementing statutory language, Kavanaugh would have read the CWA more narrowly, as then-Justice Antonin Scalia did, Bishop said. “In that respect he does change the balance of the court,” and can be counted on to focus on the text of the law, whether it is the Clean Water Act or Clean Air Act, he added.

Kavanaugh himself has left little doubt about his position. In a 2016 Harvard Law Review article, Kavanaugh wrote, giving credit to Scalia, that statutory text “matters much more than it once did. If the text is sufficiently clear, the text usually controls. The text of the law is the law.”

What does that mean for WOTUS? If the Trump EPA is able to get a new rule published – a proposal is now under review at the Office of Management and Budget – it will almost certainly be challenged by environmental groups, and perhaps even industry groups, if they’re unhappy about any aspect of it. Whoever sues, however, WOTUS will probably make it back to the Supreme Court, and with Kavanaugh there, the chances are much better that EPA will be forced to focus under the Clean Water Act on regulating navigable waters and some subset of them, instead of being able to extend its authority to intermittent and ephemeral streams. (Bishop said he thinks the court is unlikely to take up any of the WOTUS cases percolating in the lower courts, because of the new rule making effort by the Trump administration.)

Environmentalists, meanwhile, are sounding the alarm about Kavanaugh. “He would certainly vote to strike down major rules like the Clean Power Plan and the Clean Water Rule,” aka WOTUS, the 2015 regulation that is currently in effect in only 22 states because of court injunctions, said longtime Vermont Law School Professor Pat Parenteau.

What does Maine's 'right to food' amendment mean for ag? The courts will decide
Trump chooses Kavanaugh for Supreme Court

Environmental lawyers who have analyzed Kavanaugh’s decisions from 12 years on the D.C. Circuit Court of Appeals have concluded he rules against wildlife 96 percent of the time and against clean air and water 89 percent of the time.

“Whenever a vested interest runs up against a wildlife conflict, Judge Kavanaugh almost always rules against the public interest in wildlife protection,” said Bill Snape, senior counsel at the Center for Biological Diversity, in an analysis of 18 decisions in which Kavanaugh participated.

In one case involving the San Diego fairy shrimp, Kavanaugh wrote in a 3-0 decision the Fish and Wildlife Service simply did not have enough data to justify designating as critical habitat 143 acres of land in California. In his decision, Kavanaugh said one survey that found the shrimp on the property out of eight conducted, was not enough.

That case raises issues similar to one just argued before the court involving whether habitat currently not occupied by the dusky gopher frog can be designated as critical habitat. Numerous industry groups, including the American Farm Bureau Federation, have filed briefs supporting Weyerhaeuser Co., which leases timberland in Louisiana that has been designated because of habitat preferred by the frog, but where the frog has not been found.

If the court is divided, 4-4, then the Fifth Circuit Court of Appeals’ decision for the Fish and Wildlife Service will stand, and Weyerhaeuser will almost certainly ask for a rehearing, when Kavanaugh will be able to participate. Bishop, however, who argued for Weyerhaeuser, doesn’t think the court will split.

“We’re very pleased with the way the argument went,” he said.

Another big legal issue for industries looking for regulatory relief is the question of Chevron deference, named for a 1984 Supreme Court decision that said courts must defer to agencies’ interpretation of statutes – such as the Clean Water Act – if the statute does not directly address the issue in question and the agency’s interpretation is not unreasonable.

Kavanaugh is decidedly not a fan. In his Harvard Law Review article, he said, ”In many ways, Chevron is nothing more than a judicially orchestrated shift of power from Congress to the Executive Branch.”

“In a number of opinions, Kavanaugh has declined to permit agencies to exercise regulatory jurisdiction over critical policy areas absent a clear congressional grant of authority,” that analysis says.