Joseph Castro was named the new chancellor of the California State University system. When he takes the helm in January, Castro will be the first-ever California native and Mexican American to lead the 23-campus university. Castro, currently serving as president of Fresno State, will replace Chancellor Timothy White, following his retirement. White has held the post since 2012. Castro has led Fresno State since 2013 and previously held various leadership positions in the University of California system, including as vice chancellor of student academic affairs and professor of family and community medicine at the University of California, San Francisco. 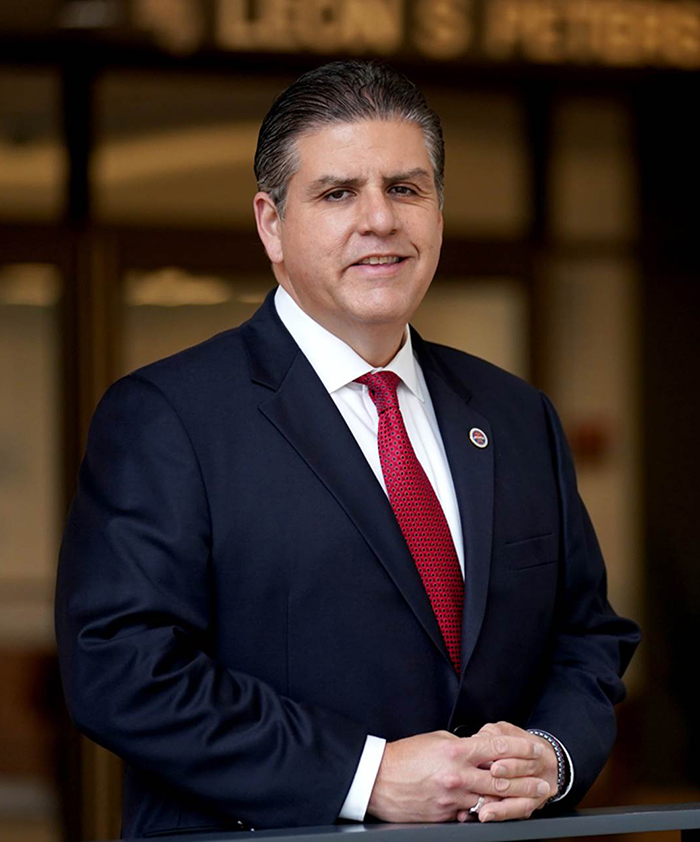 The California Agriculture Leadership Foundation (CALF) has hired Dwight Ferguson as its new CEO and Abby Taylor-Silva as the executive vice president. The announcement comes after the retirement of Barry Bedwell, who has been with the organization for four years. Ferguson joins CALF from Naturipe Farms where he worked for 10 years, most recently as president and CEO. Taylor-Silva most recently was vice president of policy and communications for the Grower-Shipper Association of Central California. Before that, she was executive director of Ag Against Hunger and a communications specialist for the California Strawberry Commission.

Growers Express has promoted Kirk Wagner to chief operating officer. Wagner joined the staff of Growers Express in 2011 as general counsel. Before joining Growers Express, Wagner was an attorney at law firms in Las Vegas, Houston and Monterey.

The Southeast Produce Council has announced its 2020-21 officers. Harold Paivarinta of Red Sun Farms was elected to chairman of the board of directors, Raina Nelson of Renaissance Food Group as vice chairman, Tim Graas of Associated Wholesale Grocers as secretary and Mike Roberts of Harp's Food Stores as treasurer. Mark Shuman of Shuman Farms and Jeff Tant of Performance Food Group are also two new members joining the board.

Callie McAdams is now a senior economist in the Office of the Chief Economist at USDA. She comes to USDA from Capitol Hill, where she served the last five years as the deputy chief economist for the House Ag Committee. Before that she worked for Informa Economics as a senior consultant conducting market and policy research and analysis in the fields of agriculture, transportation, and renewable energy.

USDA's Risk Management Agency has added four new members to the Federal Crop Insurance Corporation (FCIC) board of directors. Nicole Berg, Kenneth Selzer, Scott Silveus and Pat Swanson will serve four-year terms starting in November 2020. Berg holds and has held numerous leadership positions. She currently serves as vice president of the National Association of Wheat Growers and as a board member of the Community First Bank. Selzer is an insurance executive and former Kansas Insurance Commissioner who currently serves as an executive managing director at a worldwide reinsurance broker. For 30 years, Silveus has been a crop insurance agent with Silveus Insurance Group in Indiana. Swanson farms with her husband Don and his family in Iowa as a partner of Swanson Farm Partnership, a soybean, corn and cow-calf farming operation. 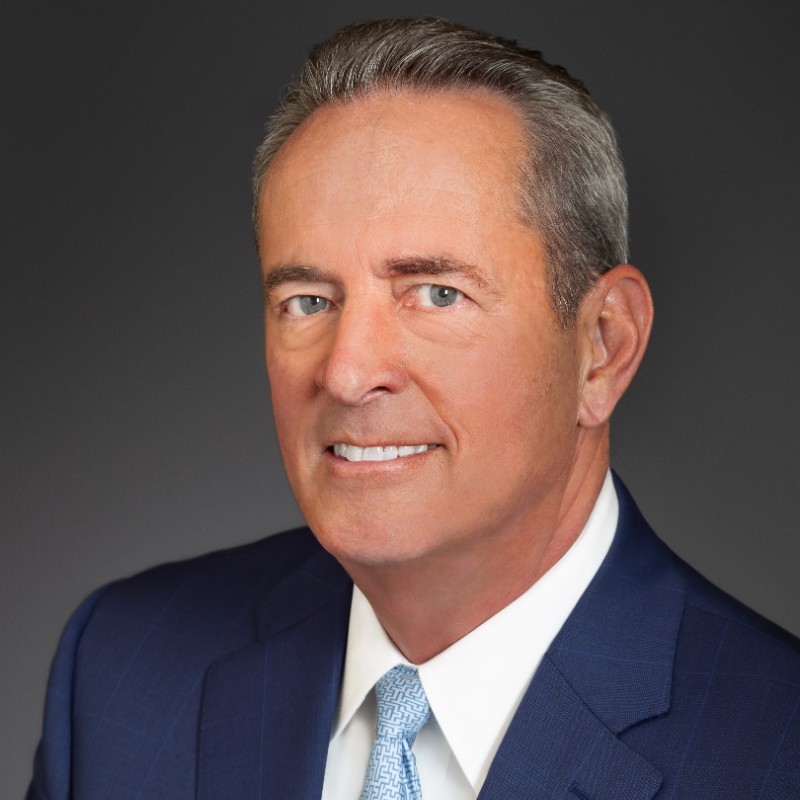 The Department of Agriculture has announced the appointment of five new members to the National Organic Standards Board (NOSB). Joining the board is Amy Bruch, a sixth-generation farmer and president of Cyclone Farms, an organic family farm in Nebraska. Bruch brings 20 years of experience in agriculture, previously interning at USDA's Natural Resource Conservation Service, working as a systems engineer at General Mills, and consulting internationally. She holds a BS in Agriculture and Biosystems Engineering from Iowa State University. Logan Petrey, a fourth-generation farmer from South Georgia, works as the southeast organic ranch manager of 2,000 acres for Grimmway Farms locations in Georgia and Florida. Before joining Grimmway, she worked as an agronomist and organic farm manager with Generation Farms; and as a field technician for Robinson Fresh, where she worked with farms along the East Coast and in the Midwest. Dr. Carolyn Dimitri is an applied economist and is currently a member of the faculty at New York University. Dimitri has worked for more than a decade at the Economic Research Service, where she authored numerous reports on many aspects of the organic sector. Dimitri currently serves as an executive board member for the Organic Farming Research Foundation, as a scientific adviser to the Organic Center. Bringing more than 40 years of experience as an educator, researcher, and farmer, Brian Caldwell served as a founding member of the Northeast Organic Farming Association of New York. Caldwell has operated an organic farm in West Danby, N.Y., since 1978. He has worked for Cornell University, first as the vegetable and fruit specialist for Cornell Cooperative Extension, and then as a field manager and researcher for the Cornell Organic Cropping Systems project. Joining the board is also Kyla Smith, the certification director for Pennsylvania Certified Organic, a USDA-accredited certifying agent. Smith has worked for PCO for 17 years in various roles such as: organic inspector, materials specialist, and reviewer. She has also held leadership positions for six years as the chair and vice chair of the Accredited Certifiers Association board of directors.

The Soil Health Institute has established a Scientific Advisory Committee to help guide SHI’s scientific research on soil health and provide recommendations to SHI on its mission to enhance the vitality and productivity of soils. Cristine Morgan, SHI’s chief scientific officer, will serve as the committee chair. The members of the board are as follows: Francisco Arriaga, Andrea Basche, Julie Howe, Stephen Machado, Kate Scow, and Wes Wood. 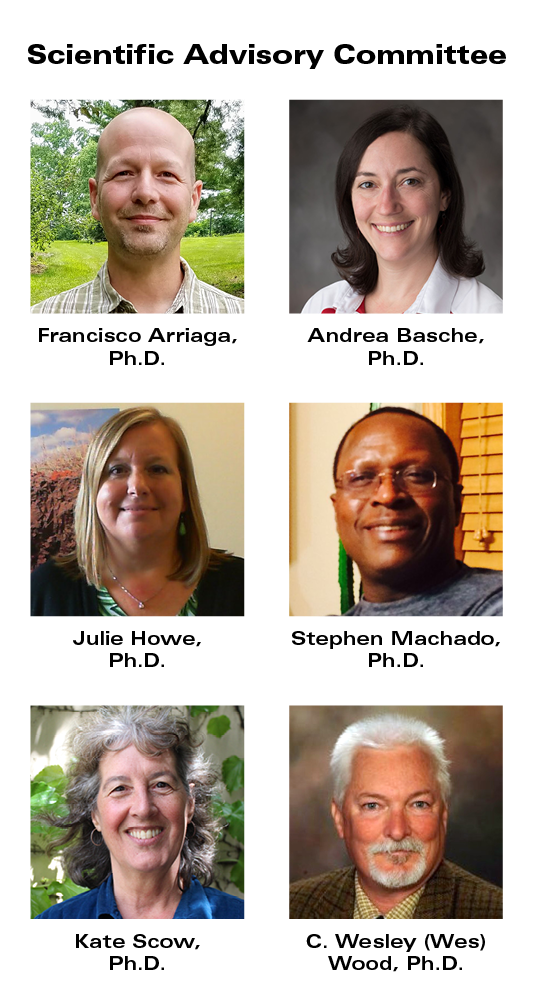 Elizabeth Arevalo is now a senior policy adviser to Rep. Ted Lieu, D-Calif. She previously was a legislative assistant. She handles the portfolio for commerce, energy, environmental protection, transportation and public works.

Pilgrim’s Pride Corporation has officially selected Fabio Sandri to serve as the president and CEO of the company. He joined Pilgrim’s as chief financial officer in June 2011, and has been serving in the president and CEO role since June. Sandri is the former CFO of Estacio Participações, a private postsecondary educational institution in Brazil. Sandri succeeds Jayson Penn, who is no longer with the company. 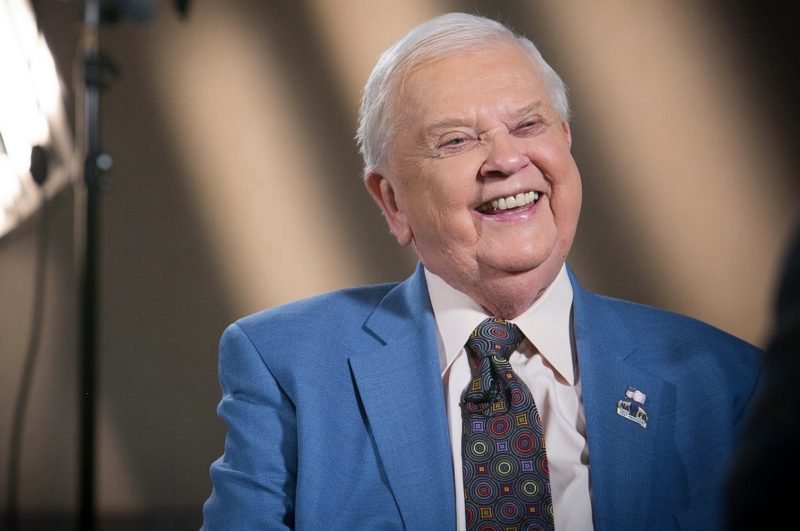 Announcing his retirement on his 60th work anniversary with WGN 720-AM, Orion Samuelson, 86, will leave the Nexstar Media Group news/talk station on Dec. 31. The Hall of Fame broadcaster plans on spending his retirement traveling with his wife, Gloria. Born on a dairy farm near LaCrosse, Wis., Samuelson got his start on radio stations in Sparta, Appleton and Green Bay. At age 26, Samuelson got the call to join WGN, where he began as farm director in 1960. Samuelson was President of the National Association of Farm Broadcasters in 1965 and was inducted into its Hall of Fame in 1999. Other honors include: National Radio Hall of Fame, 2003; American Farm Bureau's Distinguished Service Award, 1998; 4-H Alumni Award; and Oscar Norsk Høstfest Scandinavian-American Hall of Fame.

After a courageous battle with cancer, Adriaan Cornelis Weststrate passed away. He was 66. Born the youngest of seven children in the Netherlands, Weststrate started a successful banking career in 1983 with ABN Bank in the Netherlands, relocating to Singapore, Brazil, and the United States. In 1993, Weststrate joined Rabobank as the regional manager for the Eastern Region, opening the Atlanta office in 1995. Since 1998, Weststrate led the development of Rabobank’s poultry business in the U.S. He became the global poultry sector head in 2010 and the global co-head for the Animal Protein Sector for the Americas in 2011. In 2015, he was appointed vice chairman of global corporate clients. He retired in June 2020 after a 27-year career with Rabobank. Weststrate was an avid runner, running in numerous marathons. According to his obituary, he had a passion for cars, art, espresso coffee, and the color orange.