The first of three presidential debates is over and it was a brawl. President Donald Trump briefly touched on trade policy, accusing Biden of being weak on China. “China ate your lunch, Joe,” Trump charged at one point.

But some of the longest discussion without the candidates interrupting each other was on climate change. Moderator Chris Wallace brought up the California wildfires and pressed Trump to say whether the climate was changing because of human activity. Trump acknowledged that it was, but he also pressed his case that better forest management could prevent future fires.

Trump tried to tie Biden to the Green New Deal, which was proposed by some progressives in Congress in early 2019. The president said at one point that the GND would “take out the cows,” a reference to an early GND fact sheet that addressed emissions from animal agriculture.

“No, I don’t support the Green New Deal,” Biden responded. He insisted that his more modest, $2 trillion climate plan would “create millions of good-paying jobs” and not harm the economy.

Take note: Biden called for offering Brazil $20 billion to stop the destruction of the Amazon rain forests. If Brazil refuses to do so, it should be punished economically, he said.

Today’s the federal government’s New Year’s Eve – as in the last day of the federal fiscal year – and that means it’s a crucial day for Congress.

The Senate today must clear a continuing resolution to keep the government funded until Dec. 11 and replenish USDA’s Commodity Credit Corp. account. The stopgap spending bill should pass easily; the Senate voted 82-6 to advance the measure Tuesday.

It’s also make-or-break time for negotiations on a new coronavirus relief package, with some major airlines threatening to lay off thousands of employees if they don’t get an extension on aid that runs out today.

A spokesman for House Speaker Nancy Pelosi says she will be talking to Treasury Secretary Steven Mnuchin again today after talking to him for about 50 minutes Tuesday morning. 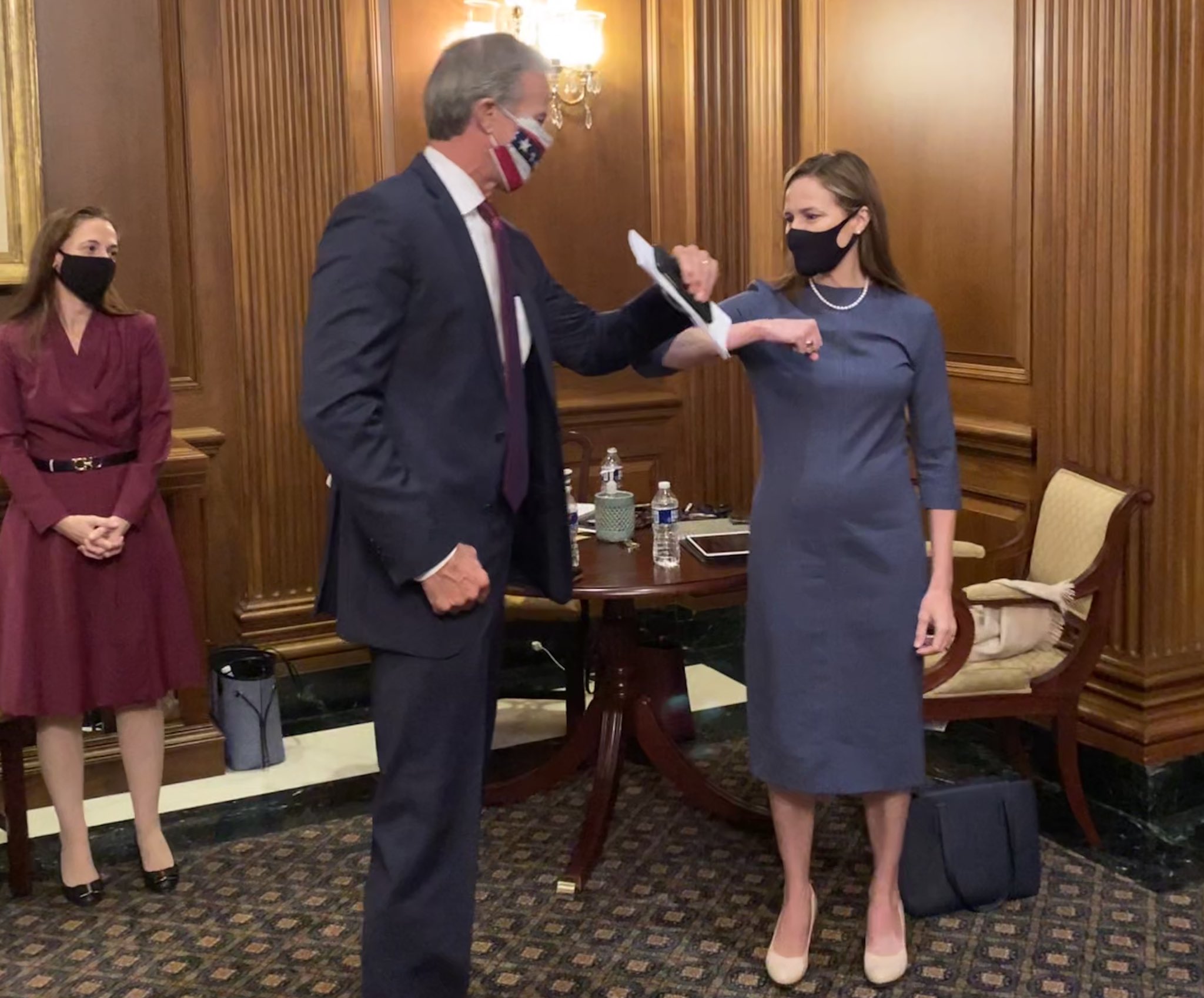 Supreme Court nominee Amy Coney Barrett met Tuesday with a series of Republican senators, several of whom made a point of saying they will welcome her conservative approach.

“She is solidly committed to interpreting the law rather than being an activist trying to create law as a justice, and that's what is the most important factor to me,” Sen. Mike Crapo, R-Idaho, told reporters. “She will interpret the law and the Constitution as it is written, and that’s critical.”

Senate GOP Whip John Thune, R-S.D. said he tried to prepare Barrett for what to expect from Democrats. He told reporters “she’s going to do a great job, perform really well in front of the committee, and hopefully, ultimately if confirmed, will be a great justice on the Supreme Court."

Democrats are staying on the message that Barrett could be the deciding vote to repeal the Affordable Care Act. Trump “has once again put Americans’ health care in the crosshairs,” said Senate Minority Leader Charles Schumer, citing Trump’s expressed desire to have the court throw out the health care law.

Senate Finance Committee Chairman Chuck Grassley, R-Iowa, is proposing to extend for 15 months a U.S. program that exempts developing nations from some tariffs in order to bolster their economies.

The program – the Generalized System of Preferences, or GSP – is in danger of expiring and that is causing uncertainty for U.S. businesses that rely on the imports.

Separately, the U.S. International Trade Commission released a report this week, proposing that several types of rice be removed from the GSP program because of the impact on domestic producers. The proposal follows rising concern among U.S. lawmakers and farmers that the GSP exemptions are benefitting farmers in countries like Brazil, Argentina and Pakistan at the cost of U.S. producers.

Brazilian lawmakers are moving forward with new legislation to allow farmers in the South American country to grow cannabis, but don’t expect it to result in an increase in marijuana smokers on beaches in Rio de Janeiro.

The bill specifies that products made from cannabis must not have a level of THC – the mind-altering component of the plant – greater than 0.3%, according to USDA's Foreign Agricultural Service.

The bill would clear the way for products in health and beauty, cellulose, fibers and non-medical veterinary use, says FAS. 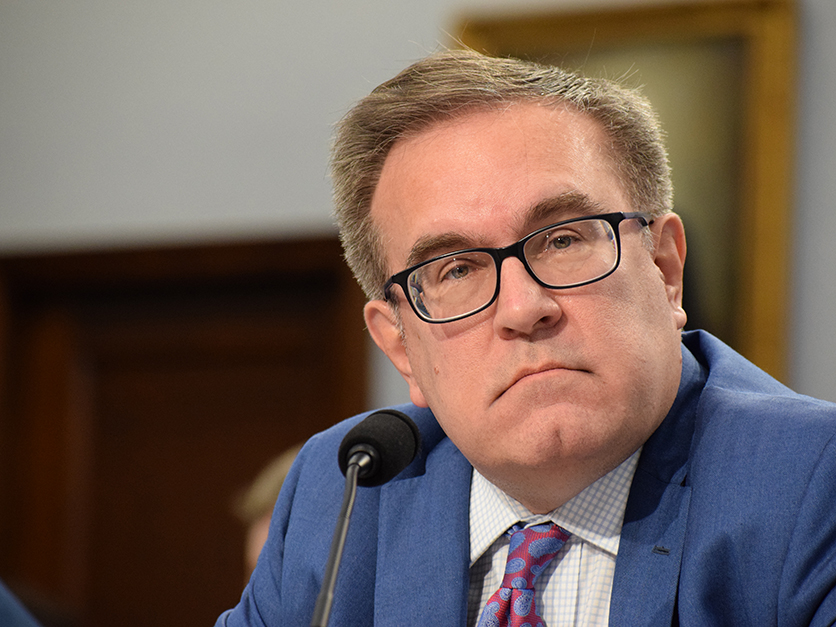 A court decision is standing in the Environmental Protection Agency’s way from acting on 2019 small refinery exemptions in the Renewable Fuel Standard.

“They’re the subject of the 10th Circuit Court decision and the other side in that case has appealed, so we are waiting to see what ultimately becomes of that court decision,” EPA Administrator Andrew Wheeler told the Red River Farm Network. He said the agency is delaying action on the waivers because of that pending appeal.

The appeals court said EPA exceeded its authority in granting some past waivers.

Small local meat processing would get a boost under a bipartisan bill introduced in the House Tuesday. The legislation, sponsored by Maine Democrat Chellie Pingree and Nebraska Republican Jeff Fortenberry, is one of several approaches that have been proposed to expand meat processing capacity.

The Strengthening Local Processing Act proposed by Pingree and Fortenberry would increase the funding for inspections available to states.

Why it matters: House Ag Committee Chairman Collin Peterson has said he wants to focus next year on ways to expand meatpacking capacity. Arkansas Sen. John Boozman, who is in line to become the top Republican on the Senate Ag Committee next year, has also told Agri-Pulse the issue needs to be addressed.

He said it. “In a previous time, we had more local meat processing. This bill helps stimulate a return to that previous model, creating a robust market in local economies, linking the farm to the family.” – Fortenberry, on the bill.