Rural electric cooperatives, satellite and telecom companies are among 386 applicants eligible for the Federal Communications Commission’s high-speed internet funding reverse auction next week, and stakeholders will be watching to ensure funding builds out broadband in unserved areas as intended.

The phase one auction of the Rural Digital Opportunity Fund — with $16 billion in funding over 10 years available to interested parties — begins Oct. 29 for eligible bidders. The goal of phase one is to offer broadband and voice services to unserved areas with download speeds of at least 25 megabits per second download and 3 megabits per second upload. Top priority will be given to providers who offer up to 1 gigabit per second internet speeds and lower latency — or "lag" — to unserved areas, according to FCC.

Brian O’ Hara, senior director of regulatory affairs for the National Rural Electric Cooperative Association, said NRECA has identified about 190 electric cooperatives that sent in forms to participate in the auction.

He said most are bidding through a consortium or group as one application.

“With the migration to this reverse auction for who’s going to take the least amount of money to provide the highest speed, they’re starting to see a total change in how the FCC views this,” O’Hara told Agri-Pulse.

Before FCC moved to the idea of reverse auctions, O'Hara said money that was doled out did not have as stringent reporting requirements.

RDOF requirements state providers must "offer commercially at least one voice and one broadband service meeting the relevant service requirements to all locations within the awarded area." This includes "40% of the required number of locations in a state” by the end of year three and “an additional 20% by the end of the fourth and fifth years.” FCC will announce revised location totals at the end of year six.

“The FCC has specifically stated that if a (provider) misses one of those milestones they could claw back some of the money,” O’Hara said, noting it is one of the first times providers are held accountable to meet certain benchmarks.

“Every time one of these providers are getting this money, they have to provide geo-located data, ‘Yes, I bill to this household, here is the speed I am providing,’” O’Hara stated. “It’s going to be a lot harder for folks to not follow through.” 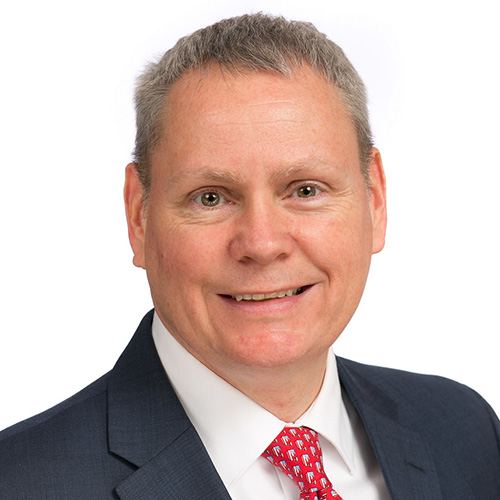 FCC claims the number of qualified bidders represents more than a 75% increase in bidders compared to the 2018 Connect America Fund Phase II auction. That auction ran from July 24, 2018 to Aug. 21, 2018, where over 100 bidders won $1.49 billion over 10 years to provide high-speed internet to roughly 700,000 locations across 45 states, according to the FCC.

“We are taking one of the last steps before ringing the opening bell for the Rural Digital Opportunity Fund, our biggest and boldest step yet to bridge the digital divide for over 10 million unserved consumers across rural America,” FCC Chairman Ajit Pai said in an Oct. 13 statement.

National Grange President Betsy Huber said she is hopeful the process will move along swiftly to get service to areas that desperately need it, especially due to the COVID-19 pandemic.

“All of the publicity this year about the necessity of broadband has made Congress and the general public aware that there still are many areas in this country that are not connected,” Huber told Agri-Pulse.

Huber said the pandemic has highlighted the essential need for internet service in rural areas where employees and students are still working from home.

The entire RDOF is $20.4 billion; funds not used in phase one will be available in phase two of the program, according to FCC. Phase two funding would aim to address unserved and partially unserved census blocks — an area served with broadband if only one person in the block has internet service — using “more granular data” collected from the Digital Opportunity Data Collection.

However, O’Hara noted FCC wants new granular data on broadband service to be collected and analyzed before moving on to phase two.

According to the commission, DODC is a method of “collecting geospatial broadband coverage maps from fixed broadband Internet service providers in areas where they make fixed service available.”