Farm states may help GOP keep control of the Senate

Farm country may ultimately help Republicans keep control of the Senate, as Rep. Roger Marshall defeated challenger Barbara Bollier in Kansas and Joni Ernst held on to her seat in Iowa against Theresa Greenfield. But some races are still undecided.

In a year in which 23 of the 35 senators up for reelection were Republicans, Democrats had seen many opportunities to pick up the four seats they needed for 51 seats in the Senate.

Ultimately, Republicans were able to keep their majority by prevailing in enough close races — not just in Kansas and Iowa, but in North Carolina, where Thom Tillis is expected to eke out a victory over Democrat Cal Cunningham. As of 6 am EST with 94% of the votes counted, Tillis led with 2,640,381 to 2,543,692 for Cunningham. However, mail ballots postmarked by election day will be accepted until Nov. 12.

In Kansas, Bollier held a fundraising advantage of about $15 million in her uphill battle with Marshall in the race for the Kansas Senate seat being vacated by retiring Senate Ag Committee Chair Pat Roberts. RealClearPolitics only listed one poll of the race from October, which showed Marshall up by 4 points.

Marshall’s campaign website said he played “a key role in the 2018 Farm Bill” and advocated for “fully funded crop insurance, overturning the egregious EPA rules surrounding Waters of the U.S., and securing crucial infrastructure and internet access funding for rural Kansas. Congressman Marshall also supported a food stamp work requirement that would require able-bodied adults without children to work or work training for 20 hours per week in order to receive welfare benefits.” 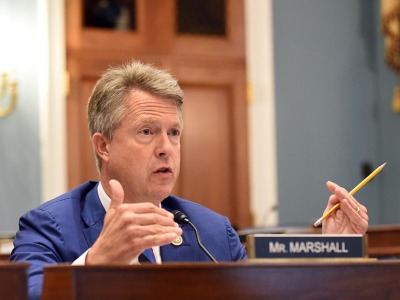 Preelection polls indicated the Iowa race was too close to call, with the RealClearPolitics (RCP) average showing Ernst up 1.4 points. In the money game, Greenfield had raised $47 million to Ernst’s $23.5 million.

In the crucial contest, Greenfield hit Ernst hard on EPA waivers from the Renewable Fuel Standard granted to oil companies, but Ernst still obtained the endorsements of the Iowa Farm Bureau, Iowa Corn Growers Association and the Iowa Cattlemen’s Association. Both candidates criticized the other for campaign donations — Ernst for taking oil company money and Greenfield for receiving environmental contributions.

In North Carolina, Cunningham — a lawyer and retired military officer who was endorsed by the League of Conservation Voters, Sierra Club, unions and the state's two major newspapers — consistently led in the polls against incumbent Republican Tillis, a staunch supporter of President Trump.

Tillis received contributions to his campaign committee of about $838,000 from the agribusiness sector, the largest amount of any single area, according to Open Secrets.org.

In Georgia, incumbent Republican David Perdue and Democrat Jon Ossoff were locked in a tight race, and The New York Times reported "it could take a couple of days" for mail-in ballots to be counted, but that the secretary of state expected most winners to be announced Wednesday. With about 91% of the vote in, Perdue holds an almost 51-47 lead over Ossoff.

Polls had teetered back and forth in the days approaching the election and Perdue, cousin of Agriculture Secretary Sonny Perdue, had raised less money (and spent less money) than Ossoff, an investigative journalist.

In a separate special election, Republican incumbent Kelly Loeffler, who was appointed by Gov. Brian Kemp, prevailed in a crowded field over fellow Republican Rep. Doug Collins for the right to face Democrat Raphael Warnock in a January runoff election. The race goes to a runoff in January because no candidate got more than 50% of the vote.

In Michigan: incumbent Democrat Gary Peters currently trails Republican John James by about 250,000 votes, with 78% reporting. The New York Times cited officials saying it could take until Nov. 6 to get unofficial results.

Peters had been running about 5 points ahead of James in the polls, but RCP had labeled the race a tossup. James, who was designated a “friend of agriculture” by the Michigan Farm Bureau AgriPac Committee, promoted his business experience as part of his family’s company, James Group International. Peters touted his environmental record and his support for agriculture — including renegotiation of NAFTA — on his campaign website.

Smith was endorsed by Minnesota Farm Bureau, a fact she proudly noted on her campaign website. “Along with championing the farm bill, Sen. Smith has helped secure millions of dollars to expand telehealth and improve rural health care in the major coronavirus relief package, successfully pushed for improvements to the United States-Mexico-Canada Agreement (USMCA), and supported expanding the use of farmer-grown renewable energy through a strong Renewable Fuel Standard (RFS),” her campaign said.

Lewis is a former radio talk show host and political commentator who served one term in Congress before being defeated by Democrat Angie Craig in 2018. He focused on mining, energy and logging in the state and called a state mask mandate “unconstitutional.”

Polls showed the race tightening considerably in recent weeks, with Lewis cutting Smith’s lead, which had ranged from 7 to 11 points in September and early October, down to the low single digits.

On his campaign website, Gardner said he was the third-most bipartisan senator and said he had "used his position on the Foreign Relations Committee to push for trade deals that benefit Colorado. His Asia Reassurance Initiative Act that was signed into law helps bolster our trade relationships with key allies in the region." 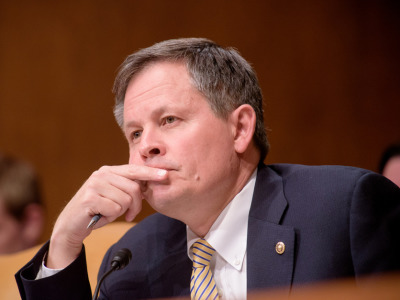 Bullock outraised Daines in the race, $42 million to $27 million, according to OpenSecrets.org. But the agribusiness sector was the single-biggest contributor to Daines' campaign committee at about $815,000.

On his website, Bullock said he would "fight for fair trade deals that open access to markets, support expanding disaster aid to fill the gaps that crop insurance and Farm Bill funding don’t address, and take action on harmful consolidation in the agricultural industry. Steve will support programs to create more opportunity for farmers and ranchers just getting started, like low-interest loans and student loan assistance for Montanans going into agriculture." He also addressed the importance of rural health care and broadband access.

Daines' Senate site says he "worked hard to pass the 2018 Farm Bill for our farmers and ranchers," which includes state priorities such as "protecting crop insurance, expanding broadband access in rural Montana, securing funds for land-grant universities, and supporting important conservation programs such as EQIP and CSP."

Harrison had raised more than $100 million and had outspent Graham by $40 million as of mid-October. On his campaign site, he said his "Rural Hope Agenda is focused on revitalizing rural infrastructure, fighting for better health care statewide, and creating good-paying jobs that spark economic growth." On his, Graham said he has been "a strong advocate for South Carolina’s farming and agribusiness community through his support of numerous farm bills. He has been at the forefront of promoting our state’s specialty crops, fighting back against unfair trade practices, and ensuring that there is an adequate supply of legal labor for our farms."

In Kentucky, Senate Majority Leader Mitch McConnell cruised past challenger Amy McGrath, despite over $90 million being spent in an attempt to defeat him. He won re-election with about a 58% to 37% margin. In Mississippi, incumbent Sen. Cindy Hyde-Smith led former Sec. of Agriculture Mike Espy by 58% to 39%, with 66% of the votes counted.