The battle over control of the Senate could pivot on several Republican farm-state seats, and Democrats’ hopes to expand their House majority could be shaped by whether they can hold onto rural districts they carried in 2018 and pick off some GOP incumbents.

Another key story in the Nov. 3 election is the challenge that House Agriculture Chairman Collin Peterson, D-Minn., faces in a district that President Donald Trump carried by 31 points in 2016.

Peterson is one of the five most endangered House Democrats this year along with two other House Ag Committee members, Xochitl Torres Small of New Mexico and Anthony Brindisi of New York, according to the Cook Political Report.

Some major rating services expect Democrats to win control of the Senate, which Republicans now hold 53-47, but the results are likely to hinge on a handful of states, and the outcome may not be known until Jan. 5, the date for Georgia’s runoff election.

Republicans are heavily favored to pick up one Democratic seat — polls show Democratic incumbent Doug Jones badly trailing Republican Tommy Tuberville. That means that Democrats will likely need to win four seats to get the 50 they would need to control the Senate if Joe Biden wins the White House. Kamala Harris, as vice president, would break ties in a 50-50 Senate. 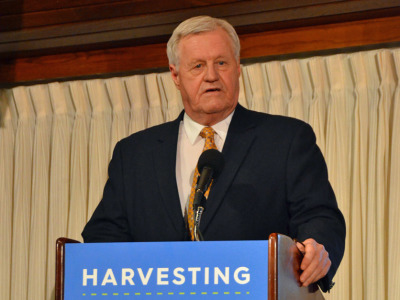 If President Donald Trump wins reelection, Democrats would need to pick up five seats to get the 51 they would need to control the Senate.

If Biden wins the White House, winning Democratic control of the Senate while maintaining the party’s hold on the House will be critical to his ability to advance the party’s agenda on a range of issues, including health care and climate policy, and could make it easier to reverse some regulatory actions taken by the Trump administration.

Polls currently indicate Democrats are likely to win GOP seats in Arizona, Colorado and Maine, which would bring the Democratic total to 49, hence the importance of remaining races in states such as Iowa, Montana, Georgia and North Carolina.

“Republicans are trying to defend many, many seats and there are a lot of challenges,” said Randy Russell, a top agricultural lobbyist and veteran of the Reagan administration.

Both of Georgia’s GOP senators are up for election this year: David Perdue, cousin of Agriculture Secretary Sonny Perdue, and Kelly Loeffler, a member of the Agriculture Committee who was appointed to her seat in January to replace the retired Johnny Isakson.

Perdue also could wind up in a runoff if he can’t get 50% of the vote against Democratic challenger Jon Ossoff.

Heidi Heitkamp, a former North Dakota senator who co-founded the One Country Project, a group aimed at helping Democrats appeal to rural voters, says she thinks Democrats will reduce GOP margins in rural areas this year because of Biden’s appeal to rural voters. That could help not only Biden but also Democratic Senate and House candidates, including Ernst’s challenger, Theresa Greenfield.

She said Republicans would be in far more trouble had Trump not authorized billions in coronavirus relief payments and trade assistance. "Had that not happened I think you would have seen a huge swing in rural America," she said.

She said in states such as Montana, Daines' challenger, Gov. Steve Bullock, is popular enough with voters that he will likely outperform Biden in the state.

The Cook Political Report and another rating service, Inside Elections, consider the Iowa and Montana races as toss-ups. Larry Sabato’s Crystal Ball and the group FiveThirtyEight rate Greenfield as the favorite in Iowa but consider Daines more likely to hold his seat in Montana. Sabato and Inside Elections rate the GOP incumbents as favorites in Georgia, while Cook considers both races toss-ups.

Another race farm groups are watching closely is the battle between GOP Rep. Roger Marshall, a House Ag Committee member, and Democrat Barbara Bollier for the Kansas seat from which Senate Ag Chairman Pat Roberts is retiring. A recent New York Times poll showed Marshall narrowly leading in the race by 46% to 42%. 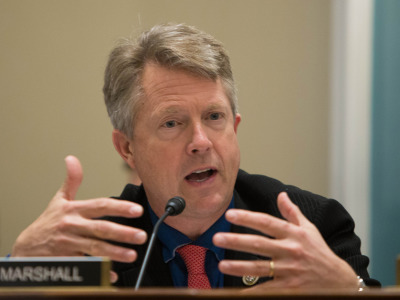 As in many other states, including Iowa and Montana, the Democratic candidate has an enormous advantage in fundraising. As of Oct. 14, Bollier had raised $24.3 million, compared to just $5.9 million for Marshall.

In the House, races for seven of the top 100 agricultural districts, in terms of annual production, are rated as toss-ups by the Cook Political Report. Five of the seats are held by Democrats, including Peterson in Minnesota’s 7th District and three freshman Reps.: TJ Cox in California-21; Abby Finkenauer in Iowa’s 1st District; and Xochitl Torres Small in New Mexico-2.

The fifth ag district in play is Iowa’s 2nd District where incumbent Dave Loebsack is retiring.

Two Republican incumbents are in tight races, and both of them are House Ag members: first-term Rep. Jim Hagedorn in Minnesota’s 1st District and Rodney Davis in Illinois-13.

Republicans have long targeted Peterson as one of the easiest House Democrats to pick off, given Trump’s popularity in the district. Russell, who has stayed in touch with Peterson, noted Republicans are trying to carry Minnesota for Trump by pushing up the GOP turnout in the 7th District. That would help Peterson’s challenger, former Lt. Gov. Michelle Fischbach. “It’s going to be neck and neck. It’s going to go right down to the wire,” said Russell.

Heitkamp said she thinks Peterson will win, in part because voters won’t want to lose his voice on the Ag Committee. She also argues that older voters are more likely to vote a split ticket.

Fischbach has argued that the Democrats' environmental agenda would be “detrimental to farmers” because of proposals to move toward electric vehicles. But Peterson argues that he has a stronger record than most Republicans when it comes to regulatory issues. “Farmers know that,” he told Agri-Pulse in September, citing his resistance to permanent conservation easements.

Here’s a look at other close races:

California-21 (No. 4 in ag sales: Former GOP Rep. David Valadao, who is trying to win back the Central Valley seat he lost in 2018, comes from a dairy family and his involvement in the business has become an issue in the race. Cox, the incumbent, alleged Valadao was responsible for the dairy going bankrupt and a worker losing his arm in an accident. Valadao said this happened while he was serving in Congress and had recused himself from the farm’s day-to-day operations.

Minnesota-1 (No. 10 in ag sales): The race is a rematch from 2018, when Hagedorn defeated Dan Feehan after Tim Walz retired from the southern Minnesota seat and was elected as the state's governor. A KSTP/Survey USA poll conducted earlier this month had Feehan up 47% to 45%.

Feehan has mostly made his campaign about health care, but on the ag front, has criticized Hagedorn for supporting President Donald Trump’s trade policies. “I will always oppose tariffs that unfairly hurt our farmers,” Feehan said on his campaign website. However, Hagedorn told the Mankato Free Press that Feehan will be just another left “extremist” who will advance the Democrats' climate agenda.

Iowa-1 (No. 12 in ag sales): Finkenauer knocked off GOP incumbent Rod Blum in 2018 and is being challenged this year by Ashley Hinson, a state legislator and former TV anchor. A recent Monmouth poll had Finkenauer up 52% to 44% among registered voters.

During a September debate, Finkenauer and Hinson differed on what should be in the next economic stimulus bill. Hinson emphasized that it should be targeted and said Congress should be "cognizant of the fact that we don’t have an endless pot of money here to work from." Finkenauer said she thought the original HEROES Act, which the Democratic-controlled House passed in March, went too far; the bill would have cost more than $3 trillion. But she called for providing hazard pay to essential workers and said that funding for state and local governments should be a priority.

Iowa-2 (No. 18 in ag sales): An Oct. 22 Monmouth poll has Democrat Rita Hart leading Republican Mariannette Miller-Meeks 49% to 43% among registered voters in the southeast Iowa district.

Health care and COVID-19 have dominated topics on the campaign. But some farmers are questioning Hart’s support for their industry after she told the Iowa Farmers Union she would consider legislation proposed by Sen. Cory Booker, D-N.J., to tighten regulation of animal feeding operations, according to The (Cedar Rapids) Gazette in July. Hart, who grows corn and soybeans with her husband, said she “agreed with the principles of Booker’s legislation to reform CAFOs but wanted to learn more.” Miller-Meeks supports Trump’s trade policy on China and has the backing of 114 farm leaders, including Iowa Secretary of Agriculture Mike Naig.

Illinois-13: (No. 55 in ag sales): Davis is in a rematch with Betsy Londrigan, who lost to him by fewer than 2,000 votes in 2018. The district is heavily agricultural but also includes the university towns of Champaign and Urbana.

Londrigan has been talking a lot about health care, promising to expand coverage and hitting Davis for his opposition to the Affordable Care Act. Davis has touted his support for agriculture. "I’m the 13th most bipartisan member of Congress. I said I would write a farm bill; I wrote two," he said during a recent debate. Davis, first elected in 2012, served on House Ag during development of both the 2014 and 2018 farm bills.

New Mexico-2 (No. 69 in ag sales): The race is a rematch between Torres Small and Republican Yvette Herrell, who lost the race 51% to 49% in 2018. Trump won the district, which covers the southern half of the state, by 10 points in 2016. Torres Small joined the House Ag Committee in February when Rep. Jeff Van Drew switched parties.

Torres Small is trying to distance herself from Joe Biden’s climate policy and his promise during the Oct. 22 debate to transition the U.S. economy away from oil. She tweeted that she disagreed with Biden: “Energy is part of the backbone of New Mexico’s economy. We need to work together to promote responsible energy production and stop climate change, not demonize a single industry.”