Peterson had trailed in the early returns before The Associated Press called Fischbach as the winner just before 2 a.m. Wednesday morning. The outcome denies Peterson a 16th term in Congress and brings in a new era of farm policy with new leadership coming to the helm of the House Ag Committee.

Groups like the Minnesota Farmers Union and the Minnesota Farm Bureau, along with a long list of national organizations, sought to keep Peterson in his seat and keep the power of the chair of the House Ag Committee with someone who has been a long-time champion of U.S. agriculture.

But the western Minnesota district that butts up against Canada is a now a GOP stronghold and Fischbach campaigned heavily with the support of the Trump administration.

Campaign spokesman David FitzSimmons said Fischbach did reach out to farmers in the state known for its dairy, sugar beets, potatoes, poultry, pork and soybeans, but the former Lieutenant Governor relied heavily on strong support from the Trump administration.

Fischbach has “a very direct line with the White House and they’ve been very invested in this race — the president and the vice president. I think farmers are generally happy with (the Trump administration),” FitzSimmons told Agri-Pulse. 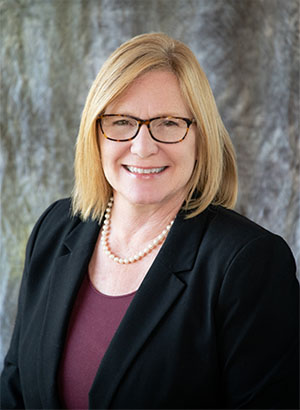 But Peterson’s loss will be felt deeply by the state’s ag sector that enjoyed having a Minnesotan as one of the top farm policymakers in the country as well as national farm groups who valued his straight talk on farm policy.

“To state our view simply: Collin Peterson is a powerful voice for Minnesota agriculture and losing his leadership in Washington would be a blow to farm families and our rural economy,” some of the top farm groups said in an open letter. “Whether Collin has served as chair of the Ag Committee or the ranking member, he has played a highly influential and central role in writing the last three farm bills enacted in the last 12 years. Minnesota has not had someone in Washington DC in such a powerful position to influence farm policy in decades.”

Peterson was counting on splitting the vote in his favor — peeling off Trump voters that were willing to vote for him because of his ag leadership — but ultimately wasn’t successful.

“In 2020, there’s just so many factors at play and we’re not used to it — the divisiveness,” said Amber Hanson Glaeser, director of public policy for the Minnesota Farm Bureau. Peterson, she added, “has been a great voice for Minnesota farmers" and ag groups hoped he would return to Congress "to write the next farm bill. He knows the issues and he knows farmers.”