The Environmental Protection Agency is facing more lawsuits over herbicides, including a challenge from grower groups over new dicamba restrictions and a lawsuit from environmental groups over atrazine.

The grower lawsuit, brought by the American Soybean Association and Plains Cotton Growers in Texas, alleges that expanded buffer zones to protect endangered species and downwind crops from dicamba applications will severely cut into their crop acreage and that cutoff dates will heighten weed pressure.

They are asking the court to rule that those restrictions are “arbitrary and capricious” and have EPA review them under the Federal Insecticide, Fungicide, and Rodenticide Act and the Endangered Species Act.

But the groups also make clear they do not want the court to take dicamba products away from them. They are asking the U.S. District Court for the District of Columbia to remand the dicamba decisions to EPA without vacating the overall decisions.

They also ask the court specifically to uphold EPA’s determinations that use of the herbicides won’t affect certain species.

ASA President Bill Gordon, a soybean grower from Worthington, Minn., said while "ASA appreciates EPA’s work on re-registering dicamba for use on soybeans and believes dicamba can be a critical tool for combating herbicide-resistant weeds," there also are "two significant flaws" with the decision: the cutoff date and the buffer requirements.

"We are confident that remanding this back to EPA for further consideration can lead to a better solution for growers who could be negatively affected if planting is delayed, for example by adverse weather conditions or late weed emergence, past June 30 or whose production volume would be significantly lessened by the wider buffer zones," Gordon said. 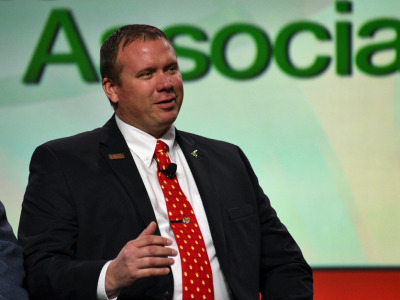 “Without dicamba products in their arsenal, many farms would be largely defenseless in their fight against weeds,” the groups' lawsuit says. “A handful of other herbicides remain available but are often only partially effective, if at all.”

The grower groups say the new restrictions would hamper production.

A soybean farmer with a 54-acre field, for example, who "happens to live in one of the several hundred ESA-restricted counties,” could lose nearly a third of farmable land because of the species buffer, the complaint says.

In addition, for cotton, the lawsuit says “the application restrictions’ July 30 cutoff date exposes many growers to potentially devastating weed pressure during the heart of cotton’s growth cycle, often deep into August and September.”

Environmental groups that successfully challenged prior dicamba registrations plan to sue again, but have yet to file a complaint. Center for Food Safety Legal Director George Kimbrell would say only that with its recent decision, “EPA continues down the wrong path of more damage from dicamba, and we’re evaluating all options to protect farmers and wildlife habitat.”

Atrazine is another widely used herbicide coming under scrutiny, as environmental groups prepare to move forward with a lawsuit in the U.S. Court of Appeals for the Ninth Circuit. The Center for Biological Diversity (CBD), Rural Coalition, Pesticide Action Network North America, Center for Food Safety and Beyond Pesticides have petitioned the court to review the agency’s Sept. 2 interim registrations not just for atrazine, but for the related herbicides propazine and simazine.

The petition filed in the Ninth Circuit includes few details, saying the interim decisions “lack support in substantial evidence” and seeking to have them “set aside.”

CBD Senior Scientist Nathan Donley said the lawsuit would focus on compliance with FIFRA, which requires applicants for registration to show their products won’t cause “unreasonable adverse effects on the environment,'' including risks to people.

The groups will rely in part on the Ninth Circuit’s decision earlier this year vacating dicamba registrations, in which the court said EPA “substantially understated the risks” of over-the-top applications of dicamba and did not acknowledge the economic and social costs of using dicamba.

In announcing its interim atrazine decision, EPA said it was imposing new personal protective equipment requirements, but Donley said because of the heat farmworkers have to work in, “a lot of the PPE requirements are probably not going to be followed.”

He also said EPA had removed additional safety factors that would have resulted in greater restrictions on the products. 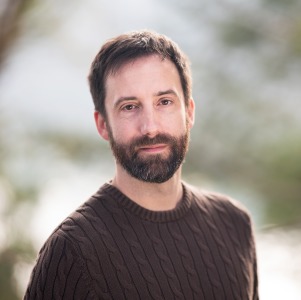 “It's something we're seeing them doing a lot,” Donley said. “They're erasing protections at the risk assessment phase, and then when it comes to the decision phase, they're putting in place greater protections or restrictions and sort of glossing over what they did the previous step.”

EPA lowered the amount of atrazine and simazine that can be applied to turf, for example, but Donley said those would have been greater if the safety factors were taken into account.

On the other side of the issue, Gary Marshall, CEO of the Missouri Corn Growers Association and chair of the Triazine Network, pushed back against claims that EPA’s decision threatens public health and the environment.

“Absolutely, EPA spent a lot of time with their legal team to make sure their policy decision would be entirely defensible in court,” Marshall told Agri-Pulse. “Our number one goal, good or bad, was for the EPA to ‘follow the science.’ They did that with this ruling.”

He said environmental groups that are suing are using old studies. “They completely ignore all the new science which EPA has thoroughly reviewed from the last 15 years,” he said. “These products are the most heavily researched compounds in the history of crop production and are among the safest to use for the environment, human safety and for the safety of aquatic life."

The environmental groups also allege EPA’s changes to the registration will allow more atrazine in waterways. EPA has previously denied that.