The COVID-19 pandemic has caused adjustments in countless aspects of our daily lives in the United States, but it has also hindered one of the most successful promotion efforts for American meat in foreign grocery stores: free samples.

The pandemic has forced the U.S. Meat Export Federation to reexamine some of its overseas promotion efforts of American products to work with a shifting set of coronavirus restrictions in different markets. For a while, that included abandoning the practice of handing out a signature product on the end of a toothpick.

For years, sampling has been an “all-time effective promotion tool in Korean retail,” USMEF Korea Director Jihae Yang said at the organization’s fall meeting (which, due to the pandemic, was held virtually). She said whether or not the samples could be distributed was “up to the store manager’s decision.”

“Promoters are upselling a sales item, not just cooking meat for sampling,” she said. One Korean governor — Lee Jae-Myung of Gyeonggi province — was particularly aggressive in his preventive measures and prohibited all sampling in the province, which includes Seoul, the country’s capital. 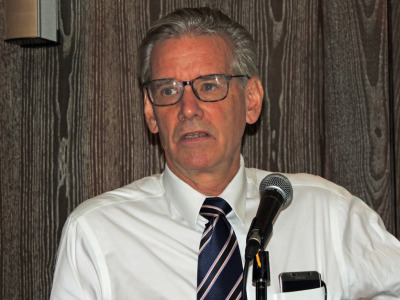 “So MEF converted to verbal promotion,” Yang said, noting that sampling practices have returned to normal in most outlets with the exception of Costco stores.

While an inability to offer free samples certainly inhibited promotion ability, the pandemic also introduced new obstacles to win over foreign customers. Joel Haggard, USMEF senior vice president for the Asia Pacific region, said China was able to return to normal fairly quickly after the initial onset of the virus with mass testing and other protocols. But resurgent outbreaks were tied to contaminated packaging of imported food.

“This is something we’ve had to deal with here in terms of messaging both to consumers and our trade stakeholders about the safety about imported food and its packaging,” he said.

In China, he said food service had a “very quick recovery” earlier this year, and in some cases restaurant receipts are “far above what they were a year ago.” That’s good, he said, because the beginning of the year presented unforeseen promotional challenges.

“These hard restrictions really curtailed the scope of our marketing programs,” he said, calling the first quarter in China “basically a write-off” because of stringent shelter-in-place requirements.

Similar to the early days of the pandemic in the U.S., Chinese shoppers spent their food dollar at the grocery store rather than the restaurant, but USMEF had a hard time taking advantage of that extra foot traffic. “A lot of the retailers did not want to discuss promotions; they were trying to just keep operating at a maximum capacity,” Haggard said.

But with China nearly back to normal, he said USMEF only had to adjust about 15% of its marketing budget. Now, efforts in China and other countries are focused on social media promotions, including cooking demonstrations that offer an e-commerce component where viewers can purchase the items being cooked.

The pandemic presented challenges for a wide array of promotions and “accelerated ongoing market consumer shifts,” Haggard said, many of which USMEF expects will be permanent.

“You have this greater interest in traceability, both due to African Swine Fever and COVID, you have farm-to-consumer marketing through livestream within China, so cattle farmers are able to sell their products direct to consumers,” he said. “This is building this interest in traceability and knowing where your food comes from.”

He and Yang both noted a boom in e-commerce activity in their markets during the pandemic, something many observers in the U.S. and abroad expect to have staying power across many different forms of shopping and geographies.

In Latin America, a budget-conscious consumer was not as willing to pay premiums for staple products or delivery fees for food and groceries as unemployment shot up due to the pandemic, according to Gerardo Rodriguez, USMEF director for Mexico, Central America, and the Dominican Republic. But some of the shifts in the Asian market — heavier focus on retail over restaurant, more e-commerce, etc. — were also present elsewhere.

Rodriguez said that presents the same marketing challenge USMEF officials will face in other countries in the wake of the COVID-19 pandemic and whatever other challenge will face the industry next.

“We need to be ahead of the consumers, at least one step ahead,” he said, “so by the time the consumers get where we are expecting them to be, we are already there.”