Sen. Pat Roberts, R-Kan., will retire at the end of his term but his portrait, which was

unveiled during a ceremony Tuesday afternoon, will continue to remind us of his contributions. The portrait will hang in the committee’s hearing room next year, to go with another version over in the House Ag Committee. Roberts is famously the first lawmaker to chair both committees and to author farm bills from both chambers. Senate Majority Leader Mitch McConnell, who attended the unveiling ceremony, noted Roberts had chaired the Ethics and Intelligence committees but that Ag was “the gavel he was born to wield.” McConnell said Roberts “cornered the market on delivering results under all conditions.” The committee’s ranking Democrat, Debbie Stabenow, presented Roberts with chocolate-covered cherries, a top commodity from her home state of Michigan, and praised his work in developing and expanding today’s crop insurance program. “I’m not kidding when I say we might not have had the (Michigan cherry) industry without crop insurance,” she said. The ceremony included recorded tributes from the likes of Ag Secretary Sonny Perdue; former secretaries Dan Glickman and Mike Johanns; House Agriculture Committee Chairman Collin Peterson, D-Minn.; former Sen. Bob Dole, R-Kan., and many of the numerous former Roberts staff members who are now involved in the industry around D.C.

Kailee Tkacz Buller, chief of staff to former Deputy Secretary of Agriculture Steve Censky for the past year and a half, has been named president of the Institute of Shortening and Edible Oils (ISEO). She succeeds Robert L. Collette. “Collette leaves big shoes to fill, but Kailee is more than capable,” said John Bode, president and CEO of the Corn Refiners Association, an ISEO member. Buller had been chief of staff in USDA’s Research, Education and Economics mission area and a policy adviser in its Office of Congressional Relations early in the Trump Administration. Before government service, she was director of legislative and regulatory food policy at the Corn Refiners Association, director of government affairs at SNAC International, manager of government affairs at the National Grocers Association and research analyst at the American Legislative Exchange Council (ALEC).

Two lobbyists on the Biden-Harris transition team looking at USDA and the Farm Credit Administration have been granted waivers from the team’s ethics rules that require current lobbyists or those who registered to lobby within the past year to obtain the waiver from the transition’s general counsel. Among those granted waivers, according to The Wall Street Journal, are Andrea Delgado, a currently registered lobbyist for the United Farm Workers Foundation, and Celeste LaQuita Honeysucker, who was registered as a lobbyist for the United Food and Commercial Workers International Union until earlier this year.

Louisa Parker-Smith has been named VP and chief sustainability officer at AGCO, the Georgia-based farm equipment maker. She earlier was global human resources business partner, senior manager global programs and special assistant to the chairman, director of AGCO Zambia, and head of distribution development and external affairs for Africa, based in Lusaka.

Karen Totland has been promoted to VP and chief sustainability officer at FMC Corporation, Princeton, N.J. She has been VP global procurement during her 10 years at FMC. Totland had been VP global purchasing at Firmenich, New Jersey-based flavor and fragrance manufacturer.

The National Biodiesel Board (NBB) has named Steve Dodge its new director of state regulatory affairs. He has more than two decades of experience in outreach, communication and lobbying for the American Petroleum Institute (API), recently as executive director of the Massachusetts/New England Petroleum Council. 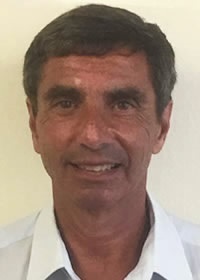 The National Confectioners Association has added Steve McCroddan as its chief financial officer and Kyle Jordan as vice president of membership and meetings. McCroddan previously was the CFO of both the Consumer Brands Association — formerly the Grocery Manufacturers Association — and the Food Products Association. Jordan earlier was managing director of learning and conferences at the Financial Planning Association.

Jennifer (Jenn) Heiss has been named national information and communications officer for the USDA-funded Interregional Research Project No. 4 (IR-4) at North Carolina State University. IR-4 coordinates research necessary to register pest control agents or crops such as fruits, vegetables, nuts, herbs, spices and ornamentals. Heiss has more than 10 years' experience in multistate and local government agencies and served as an officer in the North Carolina Association of Government Information Officers.

The National Pork Board (NPB) has reelected David Newman, a farrow-to-finish Berkshire producer from Myrtle, Mo., and associate professor of animal sciences at Arkansas State University, to a second term as president of the checkoff-funded board. Other officers are Vice President Gene Noem, Ames, Iowa, and Treasurer Heather Hill, Greenfield, Ind. Al Wulfekuhle, Quasqueton, Iowa, was appointed to a three-year term on the board.

Gary Hirshberg, the former Stonyfield Farms yogurt entrepreneur who founded the Just Label It organization to advocate labeling of foods with products of agricultural biotechnology, says his group “is retiring at the end of the year — but the Only Organic campaign is taking up the fight.” The successor group, www.onlyorganic.org, is supported by more than 100 large and small organic food companies and associations. It advertises itself as a nonprofit voice to educate the public about “why organic farming and products are better for families and the environment.”

USDA’s Food Safety and Inspection Service (FSIS) has chosen four food safety fellows who are pursuing doctoral degrees with an interest in food safety and public health. They are Darwin Bandoy, University of California Davis; Aaron Beczkiewicz, Ohio State University; Colette Nickodem, Texas A&M University; and Ilya Slizovskiy, University of Minnesota. During their fellowships, they will collaborate with FSIS scientists on the agency’s research priorities. 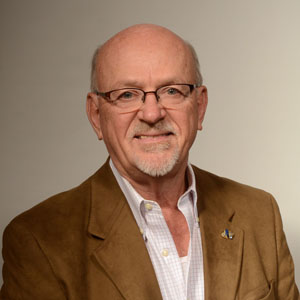 Lyle E. Orwig, co-founder and chairman of the Hartland, Wis., food and agriculture marketing and public relations agency C.O.nxt (formerly Charleston/Orwig) is retiring after 28 years. Orwig began his career as a public relations account executive at Reiman Associates in Milwaukee, joined Century Communications in Skokie, Ill., and was VP and director of public relations at Bader Rutter, Milwaukee. Among his clients over the years were Allis-Chalmers, Case IH, Dairyland Seed, Dow, New Holland, Smithfield Foods and Zoetis. He has received awards from the Public Relations Society of America (PRSA) National Agri Marketing Association, National Association of Farm Broadcasting, University of Illinois ACES Alumni Association and the Livestock Publications Council.

Nebraska-based Lindsay Corporation, manufacturer of center pivot irrigation equipment and other infrastructure equipment and technology, promoted Randy Wood, now its chief operating officer, to president and CEO and a member of its board effective Jan. 1 to succeed the retiring Tim Hassinger. Since joining Lindsay in 2008, Wood has served in a variety of leadership roles in the company’s irrigation business. Hassinger joined Lindsay in October 2017.

Former U.S. Sen. Roger W. Jepsen, an Iowa Republican who served one term in the Senate from 1979 to 1985, died Nov. 13 at a hospice in Bettendorf, Iowa. He was 91. Jepsen chaired the Joint Economic Committee and served on the Senate Agriculture Committee before his 1984 upset defeat by Democrat Tom Harkin, then a member of the House. He had been a county supervisor, state senator and Iowa’s lieutenant governor before defeating Sen. Dick Clark, a Democrat, in 1978. Following his defeat, Jepsen served as chairman of the National Credit Union Administration (NCUA) Board from and chairman of the Federal Financial Institutions Examination Council (FIEC).

Lilla Richards, a former writer at USDA who was elected to one term on the board of supervisors in Virginia’s Fairfax County in 1987, died Sept. 22 at a retirement home in Arlington, Va., of congestive heart failure. She was 81. She was an advocate of controls on county growth amid a major expansion of traffic and sprawl and was defeated for reelection.