A draft letter suggests limiting the amount of greenhouse gas emissions through production, transportation and the combustion of fuels, according to an initial report from Reuters. However, there would be flexibility for achieving reduction goals by allowing the of purchase carbon credits to reach those goals.

Keep in mind: In June, the House Select Committee on Climate Crisis unveiled a comprehensive action plan suggesting the biofuel industry could help lower GHGs over the next 10 years.

The Energy Department is already funding research to help corn growers reduce their carbon footprint and make it easier for ethanol to earn credits under California’s low carbon fuel standard.

Meanwhile: A coalition of ag and biofuel groups is asking the U.S. Court of Appeals in D.C. to enforce a 2017 decision requiring the Environmental Protection Agency to act on its waiving 500 million gallons of biofuel demand in the 2016 renewable volume obligation.

President-elect Joe Biden will be introducing former Secretary of State John Kerry today as his special envoy on climate policy. “This role is the first of its kind: the first cabinet-level climate position, and the first time climate change has had a seat at the table on the National Security Council,” Biden said.

According to reports, Biden also will be naming a "high-level White House climate policy coordinator” in coming days. This comes as advisers are urging the administration to set up a carbon bank at USDA to pay farmers for practices and projects that reduce greenhouse gas emissions.

It’s not clear how Kerry and the climate czar will coordinate. But energy lobbyist Scott Segal says of Kerry: “Those interested in a sensible climate policy should welcome a figure with political experience and substantive expertise.

By the way: The transition process can now begin after signoff from President Donald Trump. In a series of Tweets Monday evening, Trump said he was directing the General Services Administration to “do what needs to be done with regard to initial protocols.” Before the announcement, House Ag Committee Chair Collin Peterson said in a letter Monday the transition delay “may directly impact food costs and consumers’ options on grocery store shelves.” 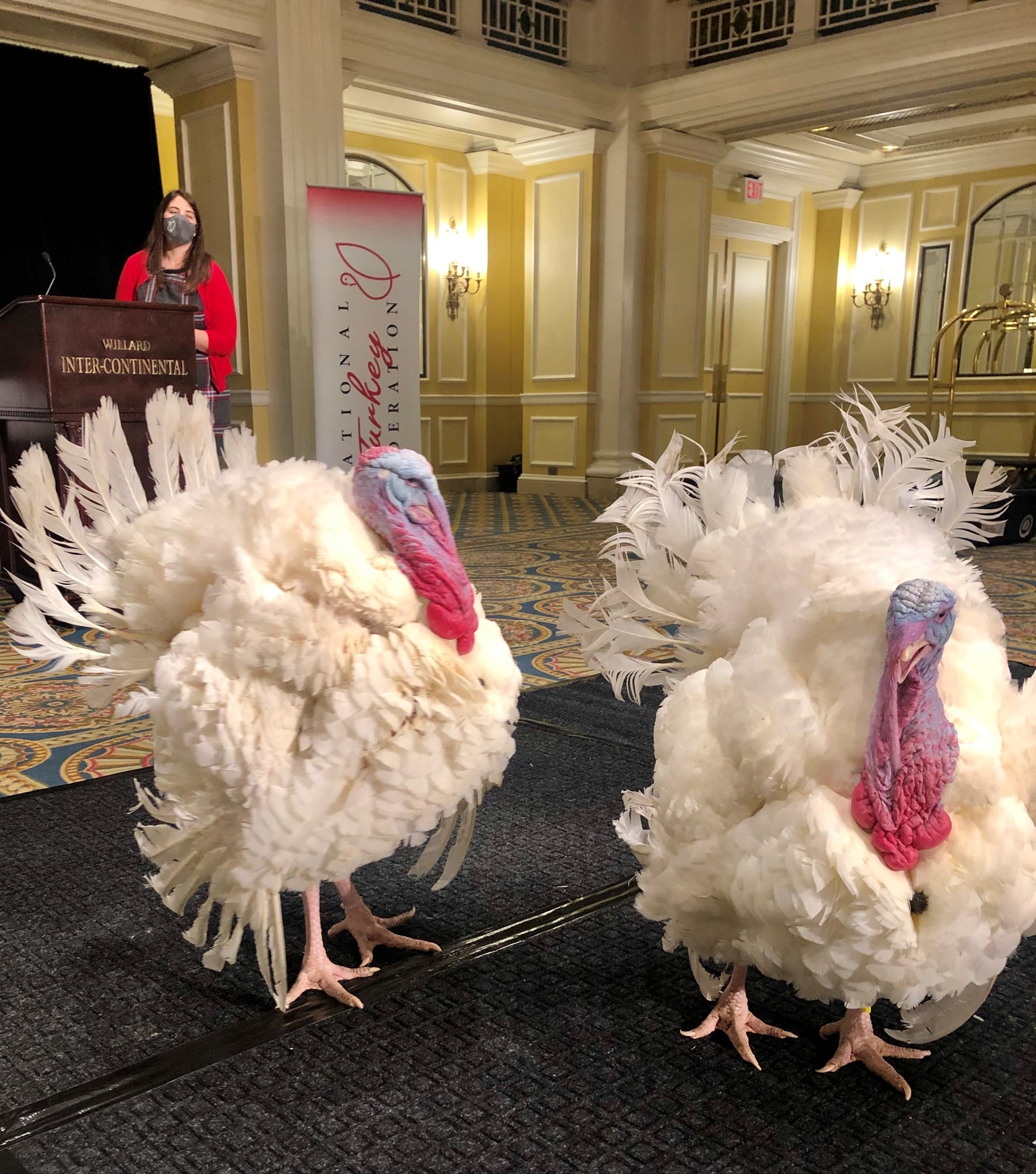 The National Turkey Federation showed off Corn and Cob, who will be at the White House today for the annual presidential pardon.

Strong corn and soybean sales have led USDA to raise its forecast for U.S. ag exports to $152 billion for the 2021 fiscal year. That is $11.5 billion more than USDA projected in August.

Exports to China are forecast at a record $27 billion, up $8.5 billion from FY20. Due to the increase in sales to China, soybean exports are expected to be a record $26.3 billion, an increase of nearly $6 billion.

County leaders are pleading with Congress to provide new funding to lighten the load of fighting the coronavirus on local budgets. Their plea comes as negotiations have stalled on Capitol Hill.

Marc Molinaro, an executive of Dutchess County, New York, on Monday recalled for reporters the story of losing his father to COVID-19 earlier this year and said local governments will need a boost as the virus persists, including as local infrastructure is called upon for vaccine distribution.

“As a Republican … I speak to my friends in the United States Senate particularly, but federal leaders of both parties. We need them to summon the political courage and the will to provide the state and local assistance that we so desperately need,” he said.

Beneficial rains last week helped speed up soybean planting in two of Brazil’s largest farming states - Paraná and Mato Grosso – and that’s helping as farmers are close to completing their planting this year, according to AgRural, an agricultural consulting firm in southern Brazil. Brazil’s soybean fields that will be harvested early next year are now more than 80% planted, an 11% jump from a week ago and roughly on par with last year.

A lack of rain in the southern states of Rio Grande do Sul and Santa Catarina are still causing some delays there, but more moisture is expected this week. AgRural says it’s still too early to gauge yield damages for the country as a result of October dryness, that forced some farms to replant. The company’s production forecast remains unchanged at 132.2 million metric tons.

Pork producers say they ‘give a ham’ about hunger

The National Pork Producers Council has kicked off its “Give-a-Ham” effort to keep those in need fed during what promises to be an especially challenging holiday season. Poverty is ever-present, but the COVID-19 pandemic is compounding the pain this year with millions more out of work.

NPPC is asking its member farmers and those in the industry to ramp up pork donations through the end of the year. The sector has donated about 16 million pounds of pork to food banks during the pandemic.

“With so many Americans struggling with COVID-related financial challenges, this year’s ‘Give-a-Ham’ challenge takes on special meaning,” said NPPC President Howard Roth. “Giving back to our communities is a core value of hog farmers nationwide; it’s gratifying to come together as an industry this time of year to serve those in need.”

Thailand seen gobbling up US turkey

Thanksgiving this year may be a diminished holiday experience with health officials warning against large family gatherings, but there is a morsel of good news for U.S. turkey farmers. Thailand has lifted a six-year ban on fresh U.S. turkey meat, and USDA’s Foreign Agricultural Service says it’s expecting a rush to buy the poultry.

Thailand banned all U.S. poultry in 2014 after a limited outbreak of bird flu in the states of California and Washington, but the country has now agreed to a limited lifting of that ban, approving fresh turkey imports from two U.S. producers in North Carolina.

Importers switched to much more expensive cooked turkey products after the ban went into effect, but they are expected to quickly switch back to the raw product.

Three former employees of Noah’s Ark Processors, a Hastings, Neb., meatpacking plant, and a local pediatrician are suing the company for not taking measures to prevent the spread of COVID-19.

The plaintiffs are seeking an order to implement face mask and social distancing requirements, and allow for “adequate sick leave” so ill workers can stay home. They also are asking for onsite testing. The lawsuit claims federal, state and local officials have failed to enforce worker safety laws.

The company did not return a call seeking comment.

He said it. “We need everyone together, joining our proverbial, virtual hands because we don’t want to touch each other in this situation, to work through this.” – Erie County, N.Y., Executive Mark Poloncarz on the need for policymakers to get behind local governments in their push for coronavirus assistance.