Farm Hands on the Potomac: Biden announces Yellen as pick for treasury secretary

President-elect Joe Biden has announced he will appoint Janet Yellen to the position of treasury secretary. He has also picked Neera Tanden to run the Office of Management and Budget. Tanden currently serves as president of the liberal think tank Center for American Progress.

A Democratic steering committee chose Georgia Democrat David Scott over California’s Jim Costa in a 32-19 vote Tuesday evening. The two were both vying for the position vacated by current committee Chair Collin Peterson’s unsuccessful effort to secure another term in Congress.

The steering committee also selected Rep. Rosa DeLauro, D- Conn., who has repeatedly and vocally challenged USDA over farm programs, food safety regulation and other issues, to chair the House Appropriations Committee over two other challengers. The full Democratic conference still has to approve all committee chairs — who will take their respective gavels in January.

Ajit Pai, the chair of the Federal Communications Commission, said Monday he plans to step down from his post as a commissioner on January 20 after eight years at the agency. Pai was the first Asian-American to chair the FCC after President Donald Trump nominated him to lead the agency in 2017. He was appointed by former President Barack Obama and confirmed unanimously by the Senate in 2012 to serve as a commissioner.

The Center for Budget and Policy Priorities (CBPP) has named Sharon Parrott its new president, succeeding Robert Greenstein, who founded the liberal research and advocacy group 40 years ago. Parrott, currently CBPP’s senior VP for federal policy and program development, was an associate director at OMB in 2016-17 and counselor to the office for human services policy at the Department of Health and Human Services (HHS) in 2009-12. As a Congressional Research Service (CRS) expert, Greenstein helped the Senate Agriculture Committee make several improvements to the food stamp program in the 1973 farm bill. He became administrator of USDA’s Food and Nutrition Service in 1977 and later a special assistant to the secretary. He founded CBPP in 1981 with a staff of four and led its growth to 150 today. 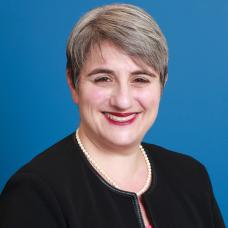 Brennan Summers has been promoted to a legislative assistant for Rep. Mike Simpson, R-Idaho. He covers the portfolio for agriculture and food, environmental protection, public lands and natural resources. He previously worked as a field representative and social media director.

Emily Kolano has moved to the office of Rep. Jason Crow, D-Colo., to serve as the new legislative director. She handles the portfolio for ag, appropriations, commerce, energy, environment, natural resources, trade, and transportation. Kolano came from Rep. Danny Heck’s, D-Wash., office where she was a senior legislative assistant. She replaces Justine Meuse who left Crow’s office.

Laura Forero is now a legislative assistant for Rep. Doris Matsui, D-Calif., covering the portfolio for energy, environmental protection, and immigration. She previously worked at the League of Conservation Voters as a legislative representative.

Johanna Montiel has been tapped to be the new legislative director for Rep. Salud Carbajal, D-Calif., She was previously a senior policy adviser. She covers the portfolio for energy, environmental protection, labor, public lands, natural resources, and transportation.

Max Richard has joined the office of Rep. Frank Lucas, R-Okla., as a legislative assistant. He will handle the portfolio for foreign affairs, transportation, labor, defense, and Native Americans. He previously served as a legislative correspondent for Sen. Mitch McConnell, R-Ky.

Jennifer Goedke now serves as chief of staff for Rep. Jared Huffman, D-Calif. She previously worked in the office of Rep. Mike Thompson, D-Calif., as deputy chief of staff.

Kyle Chase has taken over as deputy chief of staff for Sen. Mike Rounds, R-S.D. He previously worked as general counsel on Round’s staff. 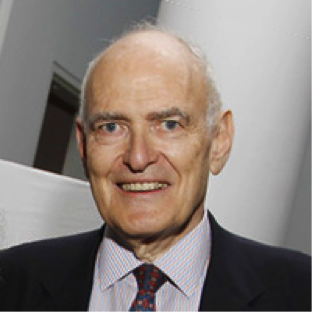 Guido Goldman, founder of the German Marshall Fund of the US, has died. He was 83. Goldman served on the GFU board of directors as chair and retired in 2012. Goldman was director of the program for the Study of Germany and Europe at Harvard University’s Center for European Studies (CES). He served as the founding director of CES for twenty-five years. Born in Germany in 1937, his family fled to the United States in 1940. He attended Harvard University and was passionate about governmental affairs. A visionary Europeanist, he started the German Marshall Fund to help improve trans-Atlantic understandings.