President-elect Joe Biden has named the people charged with heading up the transition efforts at different government departments, and the USDA and EPA rosters include a deep slate of Obama administration alums. Robert Bonnie will head up the USDA transition effort. He was the leader of USDA natural resource programs during the Obama administration and a current executive in residence at Duke University's Nicholas Institute for Environmental Policy Solutions. Former FSA Administrator Jonathan Coppess, now at the University of Illinois, and Let's Move leader Deb Eschmeyer, now at Arizona State, will also serve on the USDA team. Patrice Simms, a vice president at Earthjustice, will lead the EPA transition effort. There's more on the transition teams in our coverage.

Bonnie Glick has been removed of her duties as deputy administrator for the U.S. Agency for International Development. Her removal occurred the same day President Donald Trump named John Barsa to fill Glick’s role as deputy administrator. Barsa had been serving as acting administrator to USAID, but his term expired at midnight on Nov. 6. Glick had been with the agency since January 2019. Before that, she worked for the Maryland Department of Aging as the deputy secretary. In her position at USAID, she worked to help countries maximize clean technology in their Journeys to Self-Reliance. She also served as the head of the Management Operations Council. 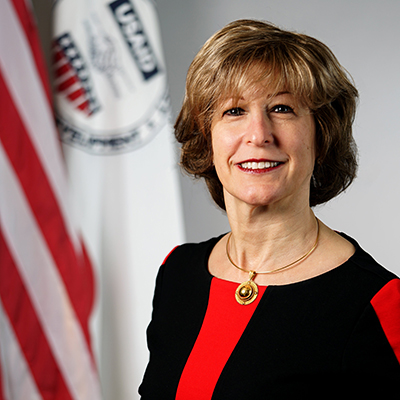 Neil Chatterjee has been relieved of his duties as the chairman of the Federal Energy Regulatory Commission. President Trump has selected James Danly to replace Chatterjee as head of the agency that regulates interstate transmission of electricity and natural gas. Danly served as a commissioner since March 2020, and before that, he served as general counsel to the commission since joining FERC in 2017. Chatterjee, a veteran of Sen. Mitch McConnell's staff, will remain at FERC as a commissioner.

Steve Censky has officially returned to the helm of the American Soybean Association. Censky announced in September that he would step down as deputy secretary of agriculture and return to the organization he previously led for 21 years. To read more on Censky’s return to ASA, click here.

BASF has added four new individuals to its Washington D.C., team. Aline DeLucia is the new head of industry affairs for BASF’s crop protection business. DeLucia previously worked for the National Association of State Departments of Agriculture (NASDA), where she led the organization’s policy team. Max Moncaster joined BASF in September as industry affairs manager for the crop protection division. Moncaster also previously worked for NASDA, the National Cattlemen’s Beef Association, Deloitte, and was with the Canadian Ministry of International Trade. Stephanie Binns was hired as the new Washington regulatory affairs manager in the crop protection regulatory affairs group. Binns serves as the primary liaison to EPA and other federal agencies. Before joining BASF, Binns was director of regulatory affairs at Responsible Industry for a Sound Environment (RISE). Andrew Conner was brought on as the new market acceptance manager for the seeds and traits division. Conner was previously senior manager for international affairs at the Biotechnology Innovation Organization and has also worked for the U.S. Grains Council.

Agri-Pulse has hired Danielle Brinkmann as a western sales associate, helping to support the firm's expansion in the California market. Brinkmann is a 2018 graduate of the University of Illinois Champaign-Urbana where she majored in Crop Science with a concentration in Crop Agribusiness. The Illinois native previously worked for Climate FieldView to help farmers collect data and improve their productivity. She has also worked in the renewable energy industry for RPS Solar Pumps, a solar water pump company. 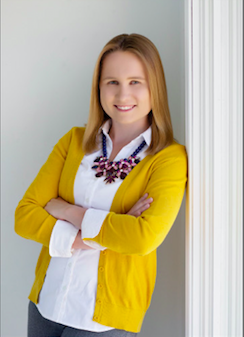 Nicholas Levendofsky plans to move back to the Wisconsin Farmers Union (WFU) in December as the new government relations director. He most recently served as the director of external affairs for Rocky Mountain Farmers Union. Before that, he held roles at WFU and Kansas Farmers Union.

Cameron Poursoltan has been promoted to legislative director from senior legislative assistant for Rep. Michael McCaul, R-Texas. He covers the portfolio for agriculture appropriations, commerce, and immigration.

Natalie Shen has joined the staff of Sen. Lisa Murkowski, R-Alaska, on the Senate Energy and Natural Resources Committee as a Federal Energy Regulatory Commission Detailee.

Almond Board of California has hired Drew Wolter as the new pest management senior specialist, joining the board’s Research and Innovation team. A graduate student at University of California-Davis, Wolter spent time conducting research on almond production systems. He graduated in June with a master's degree in horticulture and agronomy.

Former Rep. Jim Ramstad, R-Minn., passed away at the age of 74 of Parkinson’s disease. Ramstad started his political career by serving in the Minnesota Senate from 1981 to 1991 and in the United States House of Representatives from 1991 to 2009. He was a driving force behind the 2008 Mental Health Parity and Addiction Equity Act. Ramstad himself was a recovering alcohol addict, and was sober 39 years at the time of his death. He served on the Ways and Means Committee, and after he retired from Congress, Ramstad joined the staff of Hazelden as a senior policy adviser.