While the total damage amounts from California’s 2020 wildfire season is not yet known and several fires continue to burn, rural businesses such as farms, ranches, and others in the agricultural industry are faced with the continued threat of losing the insurance policies that protect the financial aspects of daily operations. And they say a recent moratorium on cancellations doesn’t really help.

When it comes to homeowners’ insurance in the state’s wildfire target areas, a 2019 California Department of Insurance report found the number of plans dropped by insurance companies more than tripled from 2010 to 2016. The number of policies dropped by insurers because of wildfires increased by 685, from 8,066 in 2015 to 8,751 in 2018.

“Losing your insurance should be the last thing on someone’s mind after surviving a devastating fire,” Lara said in a statement. While existing law prevents non-renewals and cancellations for those who suffer a total loss, the new law established protection for those living within or adjacent to a declared wildfire emergency who did not suffer a total loss. Lara said it recognizes for the first time in law the disruption that non-renewals cause in communities following wildfire disasters. 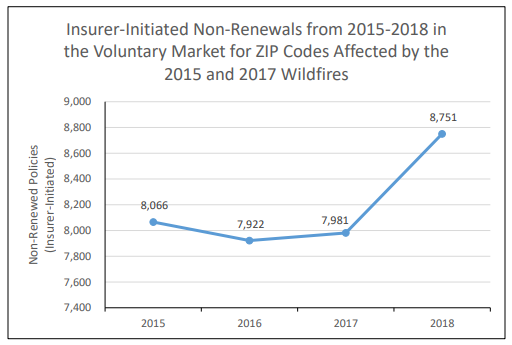 Roger Isom, President of the Western Agricultural Processors Association (WAPA), points out the commissioner’s order only recognizes that disruption for homeowners. Businesses such as farms and ranches are left without the same help.

“And it’s not just because of wildfires,” Isom told Agri-Pulse. He said other major events such as earthquakes have also led to insurance companies pulling out of California. “Then you kind of get past it and companies will creep back in and that will drive prices down. That’s what has happened with all these fires.

“There is so much money that the insurance companies have had to pay, that they’ve gotten really picky as to who they’ll write,” he added. “And some just pulled out of California and said it’s too much of a wildcard for them. It’s cheaper to write [an insurance policy for] a grain mill in Kansas than it is a cotton gin or an almond huller in California.”

Isom said there is no way to force insurance companies to do business in California, and as the state loses more companies, the lack of competition creates price increases for policy holders.

"What California farmers and ranchers need is availability," Johansson said. "And currently that is something we don't have. The affordability of insurance and policy terminations have been problematic as well. We've been informed by our members that premiums have increased from $8,000 to $36,000."

He said resolving the issue is a "top priority" for CFBF. 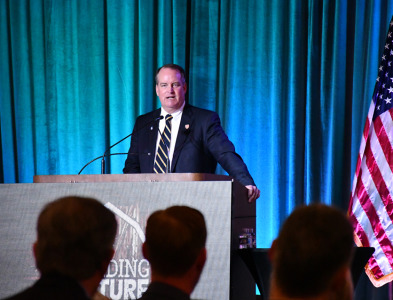 The state does have an insurance fallback called the California FAIR Plan.

The program was created in the late 1960s after riots and brush fires led people in the state to lose coverage. The FAIR Plan is an insurance pool for high-risk policies that counts every insurer in California as a member. However, Isom explained the program only insures up to $3 million, a number too low for many California ag businesses.

“It’s basically called the insurance of last resort,” he said. “If you have a business that has $90 million worth of equipment, land, and product, $3 million isn’t going to do much.”

WAPA held a meeting with Commissioner Lara and asked for an increase in the $3 million coverage. The insurance commission has increased the coverage amount for homeowners, but business insurance coverage remains the same.